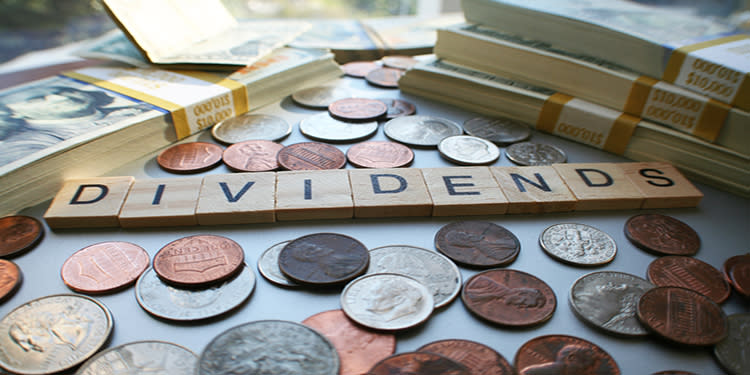 Every investor wants to see his stocks pay off – or he wouldn’t be in the markets. But finding the right investment, the ‘one’ that will bring profits, can sometimes be challenging, especially in today’s market conditions.

The two simplest courses of action an investor can take to ensure solid returns are based on common sense. The first is to buy low and sell high. That is, find a cheap stock with sound fundamentals and good prospects for growth – and buy in to take advantage of the growth potential. The second common sense move is to buy stocks that will pay you back. That is, buy into dividend stocks.

Today we’re going to look at two stocks that are showing exactly this combination: a high dividend yield of 7% and a strong upside potential of over 60%. And all that for a cost of entry below $10. Taken all together, this may just be the combination investors need to beat June’s 9.1% annualized inflation. Let’s take a closer look

We’ll start in the consumer credit realm, where CURO group offers full-service lending in the US and Canadian markets. The company operates through a range of financial service brands, including Southern Finance, Quick Credit, and 1st Heritage Credit in the US, and CashMoney and flexiti on the Canadian side. The company specializes in near-prime lending, trading higher earnings potential for a lower risk lending profile.

CURO grew through a series of mergers and acquisitions, picking up a network of subsidiaries that operate the business. The most recent of these moves, conducted this past May, involved the acquisition of 1st Heritage Credit, now the group’s main near-prime lending brand, for $140 million in cash. At the same time, CURO acted to divest itself of its legacy US direct lending business, a transaction that is valued at $345 million. In a follow-up to this announcement, CURO closed the acquisition of 1st Heritage Credit earlier this week.

Also in May, CURO reported earnings for 1Q22. The results were positive on earnings, with diluted EPS of 15 cents per share coming in above the 12-cent forecast – although well below the 69-cent figure reported in the year-ago quarter. At the top line, revenues rose year-over-year, from $196.6 million to $290.2 million, a gain of 47%.

On the dividend front, CURO pays out 11 cents per common share, with the last payment made at the end of May. This common share dividend annualizes to 44 cents, and yields 7.7%, more than triple the average found among peer companies.

Weighing in on the recent developments, Credit Suisse 5-star analyst Moshe Orenbuch wrote: “CURO began the diversification from deep subprime lending with the Flexiti acquisition and then the Heights acquisition. The sale of the legacy U.S. business and the acquisition of First Heritage are now the conclusion of this effort. Now, CURO will completely migrate upstream in the U.S. to near-prime lending. Though the company will exchange the higher-earnings legacy U.S. business for a lower risk-adjusted return near-prime business, we believe the latter’s earnings is higher quality given much less regulatory risks and operational complexities across states, thus allowing for lower funding cost.”

In line with this outlook, Orenbuch rates CURO shares an Outperform (i.e. Buy), and his price target of $19 suggests an impressive one-year upside of 232%. (To watch Orenbuch’s track record, click here)

Overall, the take on Wall Street is bullish, as all four of the recent analyst reviews here are positive, giving this stock its Strong Buy analyst consensus rating. The shares are priced at $5.71, and their average price target, $22.67, implies a sky-high upside of 297%. (See CURO stock forecast on TipRanks) 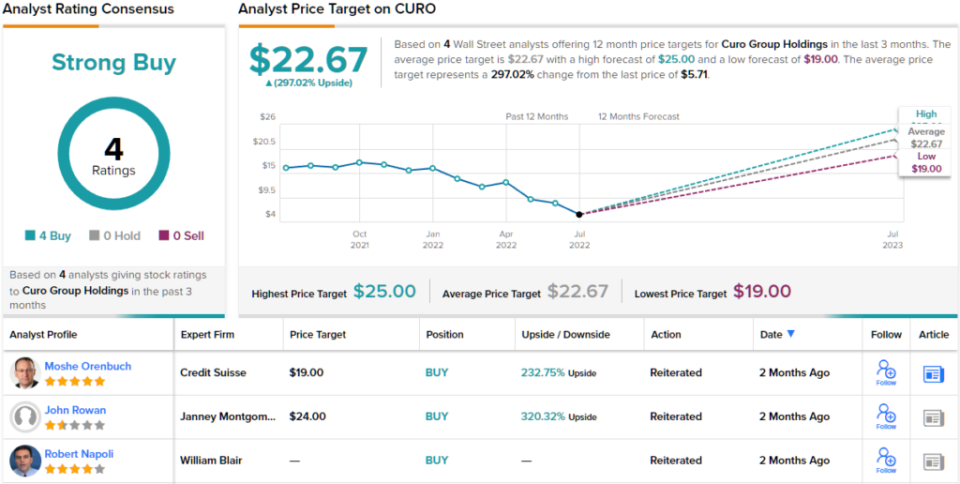 Now we’ll turn to the energy sector, where high cash flows are known for supporting high dividends. Evolution Petroleum has oil and gas assets in Texas, Louisiana, and Wyoming, which produced more than 5,500 net barrels of oil equivalent per day in the last reported quarter.

That quarter, the third of fiscal year 2022, also showed top line revenue of $25.7 million and a net income attributable to shareholders of $17.7 million. The latter figure is a dramatic turnaround from the $18.6 million net income loss in the year-ago quarter.

Evolution Petroleum bills itself as committed to ‘capital discipline and consistent dividends,’ and the company backs that with a solid cash flow. In its fiscal Q3, the company showed a total net cash from operating activities of $28.7 million. It started the quarter with $5.3 million in cash and liquid assets on hand, and finished with over $13.3 million available. This growth in cash fully funded the company’s regular stock dividend.

That dividend has been paid out every quarter since December of 2013. Evolution Petroleum does have a history of adjusting the dividend to account for current conditions; during the COVID crisis, the company cut back payments by 70%. But the current dividend, at 10 cents per common share, is back at pre-pandemic levels. Annualizing to 40 cents, the dividend payment yields 7.6%, compared to a sector average near 3%.

Analyst Donovan Schafer, in his coverage of this stock for Northland Capital, looks at the last decade or so of EPM’s performance, and notes that the company has performed well when markets turn south.

“The stock rose much more than oil prices from 2010 to 2014 as a result of intelligent strategies to increase production. Later, when oil prices fell ~70% from late 2014 to the end of 2015, EPM fell meaningfully less (~60%) and paid a dividend along the way. Then, when oil prices fell ~70% again due to the pandemic, EPM fell just ~50% while again paying a dividend. Since then, EPM has recovered more or less in line with oil prices, but we expect to see a repeat of the 2010-2014 period, where the stock continued to perform through production increases at flat-but-high commodity price levels,” Schafer explained.

Along with this upbeat view, Schafer gives the stock an $8.60 price target, indicating an upside of 65% from current levels. Unsurprisingly, he rates the stock an Outperform (i.e. Buy). (To watch Schafer’s track record, click here)

This small-cap high-yield energy company has stayed relatively under-the-radar so far, with its Moderate Buy consensus rating breaking down into 1 Buy and 1 Hold. The shares are currently priced at $5.21 and have an average target of $9.05, suggesting a solid upside of ~74% over the next 12 months. (See EPM stock forecast on TipRanks)