The shares are down about 1% at last check and have declined each day this week. That’s even as the company’s 20-for-1 stock split is scheduled to go into effect on Monday, July 18.

Alphabet will be the second notable FAANG component to undergo a stock split this year, as Amazon  (AMZN) – Get Amazon.com Inc. Report did early last month.

While a stock split does not change the value of the business, statistics highlight how it can act as a catalyst for the stock price over the next 12 months.

So far this year, we’ve seen strong performances before the split but poor performances afterward. That goes for Amazon as well as Shopify  (SHOP) – Get Shopify Inc. Class A Subordinate Report. It’s classic “buy the rumor, sell the news” price action.

Will we see more of the same when Alphabet does its split? 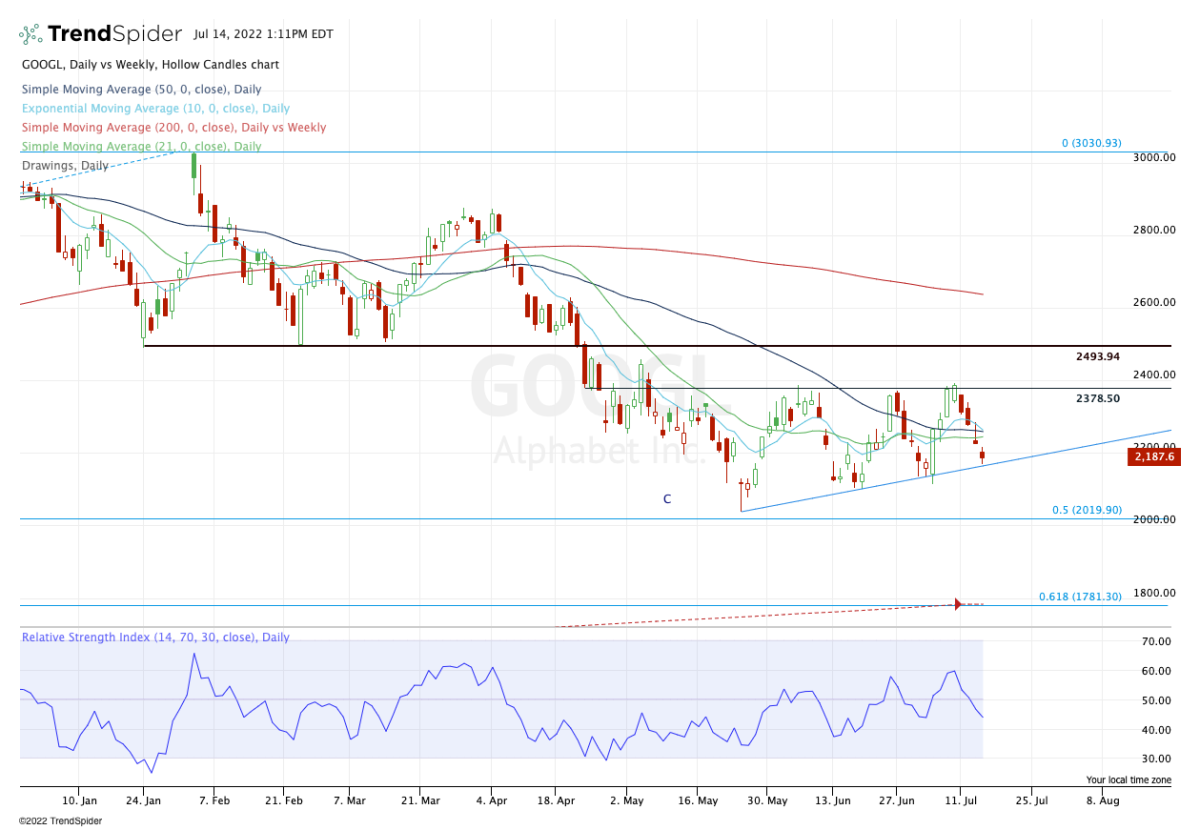 Alphabet stock found support at $2,500 throughout the first quarter. The shares even briefly hit all-time highs in February near $3,031 after the Mountain View, Calif., company reported strong earnings and declared the 20-for-1 stock split.

Since then, Alphabet stock has been riding uptrend support higher (blue line) but has struggled with $2,375 as resistance.

It’s not uncommon for a stock to rally ahead of an event, but while last week we saw some nice gains in Alphabet stock, the shares have lost virtually all their recent momentum.

There we find the 61.8% retracement and the 200-week moving average.

Keep in mind: Along with Apple  (AAPL) – Get Apple Inc. Report and Microsoft  (MSFT) – Get Microsoft Corporation Report, Alphabet has been one of the strongest names so far this year in tech. So if the bulls can push it higher, it may piece together a formidable rally.