Tech giants such as Google parent Alphabet (GOOG, GOOGL), Apple (AAPL), Facebook parent Meta (META), Amazon (AMZN), Microsoft (MSFT) will report their earnings this week, setting up what could be one of the most significant strings of announcements in recent memory.

The news — which kicks off on Tuesday when Alphabet and Microsoft report their quarterly earnings — will provide Wall Street with a far better understanding of just how much inflation, interest rate hikes, the war in Ukraine and COVID shutdowns in China have stung the tech industry’s biggest firms. Analysts will also be looking into how Apple’s App Tracking Transparency privacy feature continues to impact digital ad sales.

The outlook is particularly bleak for Alphabet and Meta, after both Snap (SNAP) and Twitter (TWTR) reported disappointing earnings. Snap has had a particularly painful year so far, with shares off an incredible 78% year-to-date. Twitter shares, meanwhile, are off 10%. The S&P 500 is off 17%.

Alphabet and Meta find themselves in similar situations, with shares of Google’s parent down 24% this year and Facebook’s parent company off 50%. But Wedbush analyst Dan Ives cautions against drawing too many parallels between Meta and Google and Twitter and Snap.

“[Snap]’s disaster earnings is not the best barometer for stalwarts Facebook and Google in our opinion given the myriad of company-specific issues [Snap] has faced over the years,” Ives explained.

Twitter also faces an uncertain future, as it seeks to force Tesla CEO Elon Musk to go through with his now-abandoned plan to buy the social media company for $44 billion. 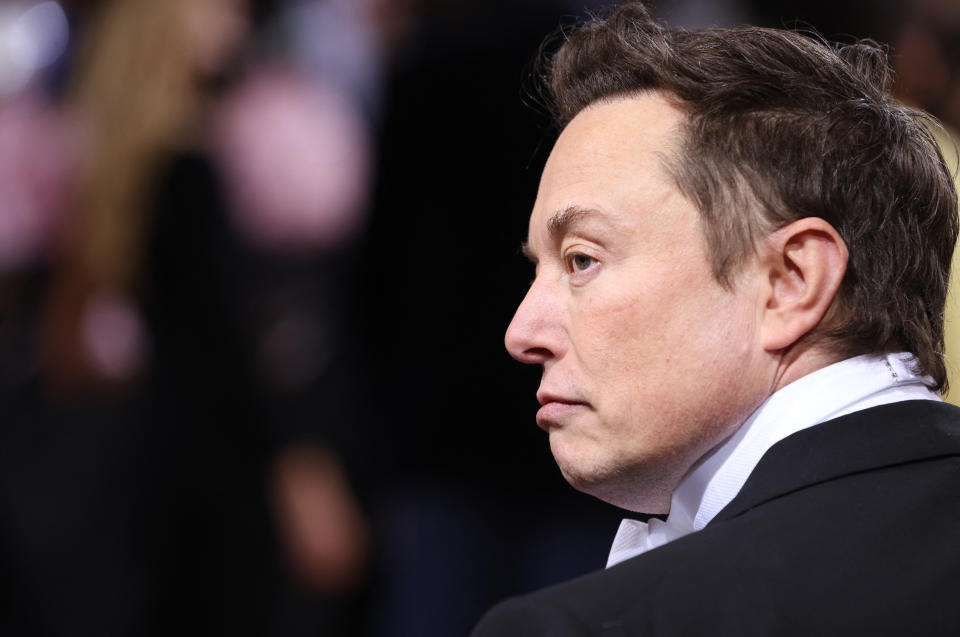 Tesla CEO Elon Musk will face off in court against Twitter over whether he should be forced to buy the social media company. REUTERS/Andrew Kelly

Still, Alphabet and Meta still have to contend with broader risks including a continued COVID hangover and diminishing ad sales — even if they don’t have Musk to deal with.

“The pull forward of digital during the COVID years is now causing headwinds with the Street keenly looking at earnings this week to gauge the pace of the digital ad slowdown,” Ives said.

Apple’s App Tracking Transparency, which limits apps’ ability to track users across the web, has also clobbered companies that rely on digital advertising — particularly Meta. The social media giant has pointed to the feature as a leading cause of its own poor performance in prior quarters.

CEO Mark Zuckerberg has also raised concerns about how Facebook will perform in the near-term, citing the slowing economy. He said the business will slow hiring and is looking to push out workers who aren’t meeting performance goals.

Amazon and Microsoft will give a look at corporate spending

Amazon, which has the third largest ad market behind Alphabet and Meta, is set to report its earnings Thursday. It will be a pivotal announcement for the company. Amazon’s shares are down 26% year-to-date following a disappointing Q1 earnings and a lackluster Q2 forecast.

The firm’s e-commerce business has struggled to overcome the massive expansion it experienced during the pandemic and now has too many workers. It’s also looking to potentially lease out portions of its warehouses to cut back on costs.

But Amazon’s earnings will also give us a better look at corporate capital spending thanks to its Amazon Web Services cloud business.

Meanwhile, Microsoft — Amazon’s biggest cloud competitor — will report earnings on Tuesday. Microsoft shares are off 23% year-to-date. Unlike Amazon, Microsoft doesn’t have a robust e-commerce business to support, so its earnings could give us an even more comprehensive look at corporate spending in the face of rising inflation and interest rates.

Apple will tell us more about the consumers

This week isn’t just about ad spending and corporate budgets, though. Apple will also report its earnings on Thursday, providing Wall Street with a sense of consumers’ appetites for buying personal electronics like smartphones and paying for services like Apple TV+. 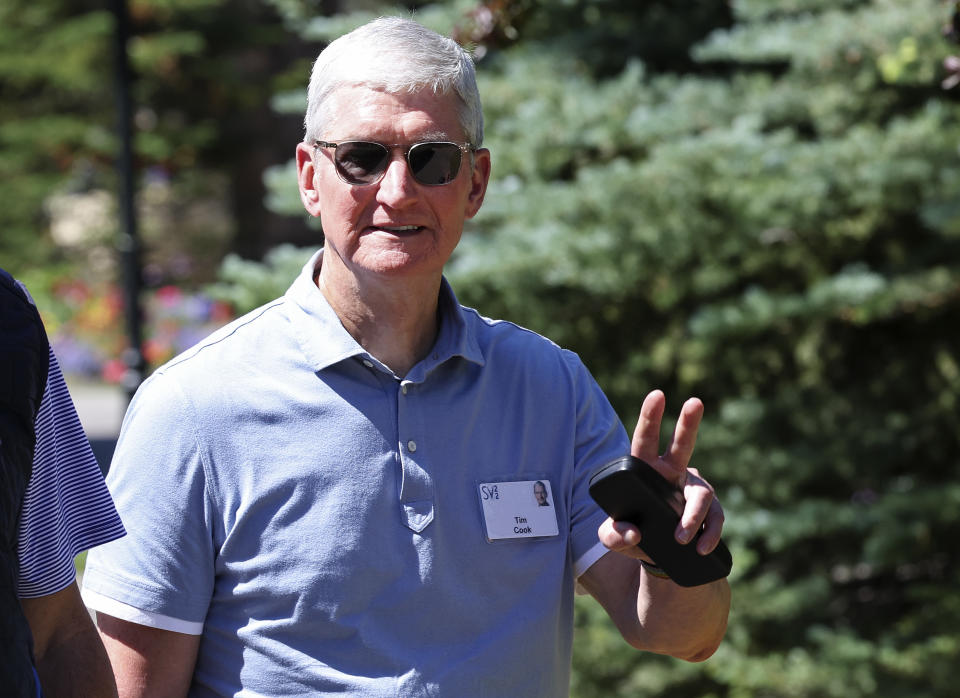 SUN VALLEY, IDAHO – JULY 08: Tim Cook, CEO of Apple, attends the Allen & Company Sun Valley Conference on July 08, 2022 in Sun Valley, Idaho. The world’s most wealthy and powerful businesspeople from the media, finance, and technology will converge at the Sun Valley Resort this week for the exclusive conference. (Photo by Kevin Dietsch/Getty Images)

Apple’s iPhone 13 line gives customers a variety of pricing options starting with the $699 iPhone 13 mini and rising all the way to $1,099 for the iPhone 13 Pro Max. In June, the company debuted its new MacBook Air and MacBook Pro with its M2 chip, which should help bolster Mac sales moving forward.

Apple has been increasingly pushing its Apple TV+ service, adding a string of well-reviewed shows and movies, as well as Major League Baseball. Rumors abound that the company will also add NFL Sunday Ticket, though according to The New York Times, Google is also interested in the out-of-market games package.

Apple’s Q3 sales are normally lighter than Q1, which includes the holiday season, so don’t expect a massive blowout from the iPhone maker. We’re also expecting the company’s new iPhone 14 line and new Apple Watches to land sometime in September, which can keep customers from buying prior generation phones and watches during the back half of the year.

We’ll find out more about how Apple and the rest of Big Tech performed as the week continues.