Amazon (AMZN) reported its financial results after the closing bell on Thursday, beating analysts’ expectations on revenue but reporting a net loss of $2 billion. The stock soared 12% higher in after-hours trading.

Here are the most significant numbers from Amazon’s earnings today compared to Wall Street’s expectations, as compiled by Bloomberg:

The e-commerce giant also reported better than expected guidance for next quarter of $125 billion to $130 billion versus $126.5 billion.

Amazon attributes to its investment in electric vehicle company Rivian (RIVN), whose shares have declined about 68% year-to-date. Amazon’s Rivian losses — which are showing up in the company’s financial results for the second quarter in a row — chalk up to more than $11 billion to date, as CNBC reported.

Amazon’s cloud business is key to the company’s future, so it’s great news for Amazon that its cloud revenues are up year-over-year. Nevertheless, the cloud landscape that Amazon’s competing in is in flux – Microsoft (MSFT) saw revenue for its cloud computing service, Azure, jump 40% year-over-year when it reported earnings earlier this week.

Fears of recession also could threaten AWS’s growth in the medium-term. For instance, analysts at Mizuho Securities — James Lee and Wei Fang — worry that recession fears will cause corporate spending on cloud services to decline in the foreseeable future, a shift that could negatively affect AWS, according to a July 20 note.

The data on a possible recession doesn’t look great — the economy contracted for the second straight quarter in Q2, data from the Commerce Department showed Thursday. 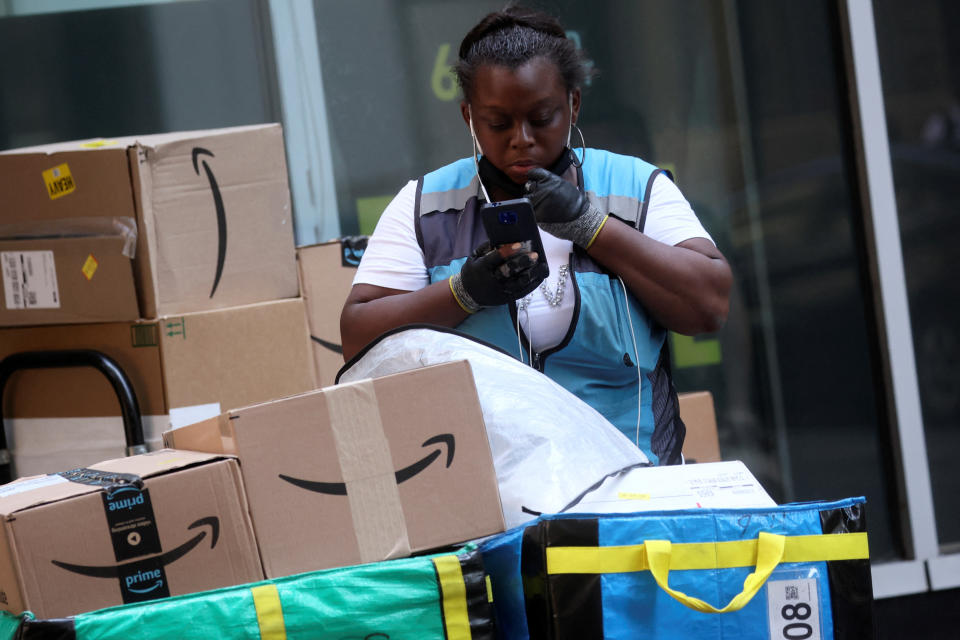 It’s a dicey time for tech overall, and earnings season has only continued to bear that out. On Wednesday, Facebook-owner Meta Platforms (META) reported its first-ever year-over-year revenue drop and, earlier this week, both Google parent Alphabet (GOOG, GOOGL) and Microsoft (MSFT) reported earnings that didn’t meet Wall Street’s expectations. Although both Microsoft and Google particularly have their bright spots, this round of earnings season has been relatively brutal for the tech sector.

Amid the tech rout, Amazon’s been in a moment of profound transition internally. Jassy took on the CEO job just last year, while long-serving consumer head Dave Clark recently stepped down to join logistics company Flexport.

Allie Garfinkle is a senior tech reporter at Yahoo Finance. Find her on twitter @agarfinks.

Read the latest financial and business news from Yahoo Finance.