AT&T  (T) – Get AT&T Inc. Report seemingly can’t catch a break. The stock is down more than 7% on Thursday after the telecom giant reported earnings.

On the plus side, the shares have bounced nicely from the lows when they were down 11%. Still, this is not what the bulls were hoping for.

The company delivered a second-quarter-earnings beat and reiterated its full-year profit guidance. AT&T even raised its mobility-revenue guidance, now calling for growth of 4.5% to 5%.

So what went wrong?

Amid that guidance, AT&T also cut its full-year free-cash-flow guidance by $2 billion, down to roughly $14 billion. For a company that’s so dependent on its cash flow and how meaningful it is to its dividend, this is not the news the bulls wanted to hear.

Warner Bros. Discovery shares have fallen more than 40% since then, but as it pertains to AT&T stock, there’s actually a silver lining on the chart. Let’s look at it. 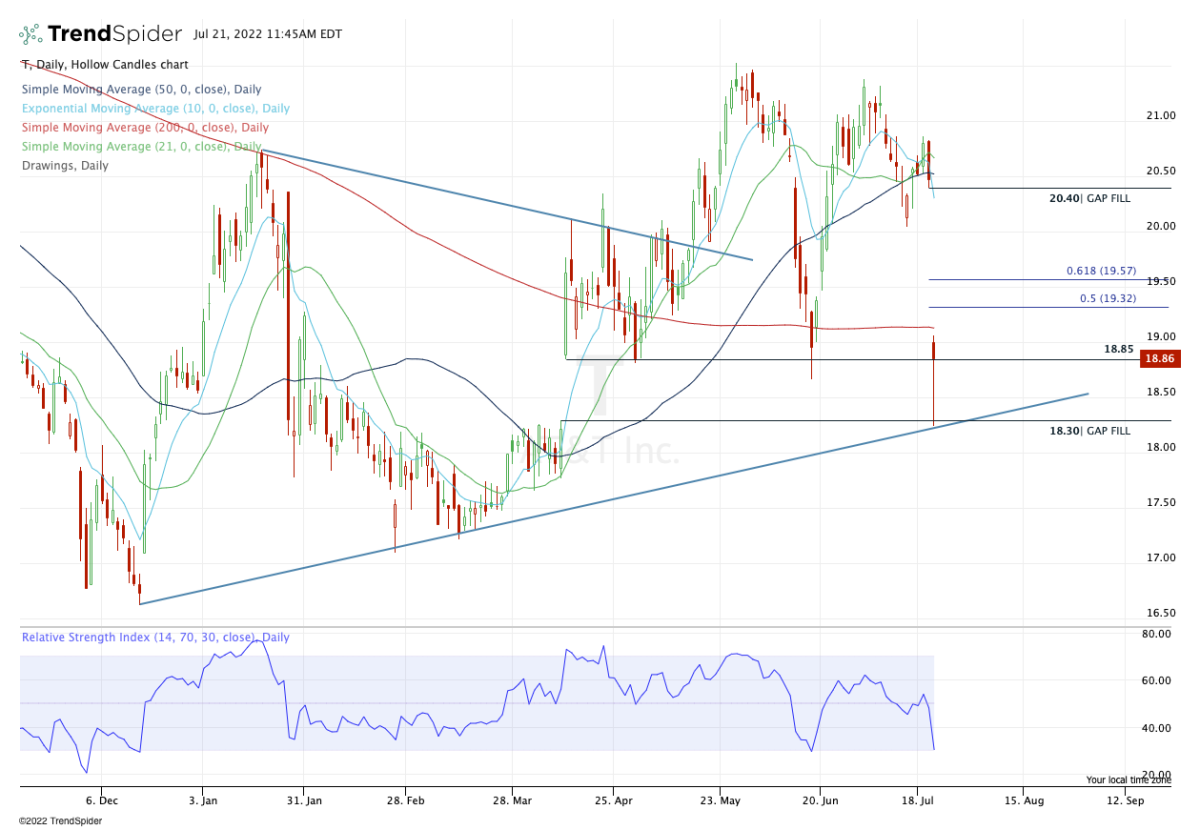 With this morning’s flush lower, that gap has now been filled. Not only did the stock fill the gap, but it also bounced from uptrend support (blue line).

More important, look at where the stock opened on April 11 and what became support after Warner Bros. Discovery was split off. That level would be $18.80 and it was significant support in April, May and June.

In other words, AT&T stock finally filled the gap down to $18.30, reclaimed significant post-split support at $18.85 and is now looking for further direction.

If the stock loses $18.80 as support, then technically speaking the post-earnings low is back in play near $18.24. Below that and the low-$17s could be on the table.

On the upside, let’s see whether the shares can reclaim the 200-day moving average. If it can do that, AT&T stock can begin filling the gap back up to $20.40.

While investors are typically used to less volatility in a stock like AT&T, some traders can take comfort in the way it has been trading, as it’s shown very technical price action lately.