Washington Democrats may have found an unlikely ally in their bid to end a long time tax rule enjoyed by some of Wall Street’s richest executives: hedge fund billionaire Bill Ackman.

The Pershing Square Capital founder on Thursday slammed the so-called carried interest “loophole” – a tax treatment that allows private equity and hedge fund managers to pay a reduced tax rate on their share of gains from fund investments.

“The carried interest loophole is a stain on the tax code,” Ackman said in a tweet. “It does not help small businesses, pension funds, other investors in hedge funds or private equity and everyone in the industry knows it.”

“It is an embarrassment and it should end now.”

Ackman’s tweets come after Senate Majority Leader Chuck Schumer (D-NY) and Senator Joe Manchin (D-WV) reached an agreement this week on sweeping fiscal legislation that, among other issues, takes aim at the carried interest tax preference, which Democrats have lobbied to end for 15 years as part of efforts to reform tax law.

Current tax rules allow a share of investment managers’ incomes, if held for longer than three years, to be classified as a capital gain, which is taxed at roughly 20% instead of the 37% top rate on ordinary salary and wage income. 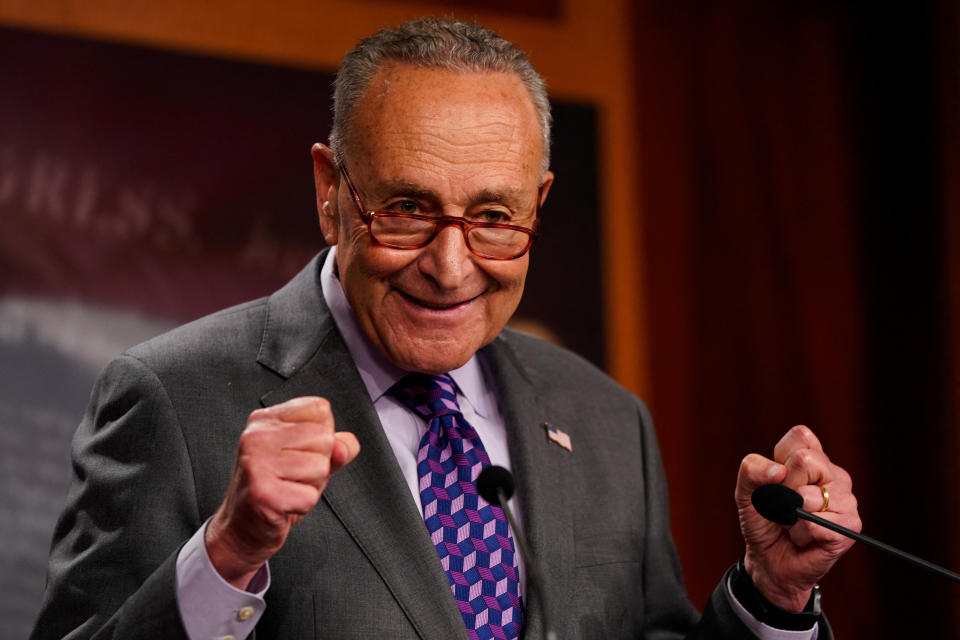 “Over 74% of private equity investment went to small businesses last year,” American Investment Council president and CEO Drew Maloney said in a statement. “As small business owners face rising costs and our economy faces serious headwinds, Washington should not move forward with a new tax on the private capital that is helping local employers survive and grow.”

The deal would see carried interest taxed as regular income if passed, and is estimated by Senate Democrats to generate $14 billion in revenue over the next ten years.

Other ultra-wealthy proponents in favor of changing the rules so that private equity and hedge fund managers pay higher taxes include Berkshire Hathaway CEO Warren Buffett.