Since the early days, the bitcoin (BTC) story has been one of highs and lows. However, not too dissimilar to other riskier assets, the general trend has been upwards, with bitcoin printing new highs while avoiding new lows.

A late December pullback marked the beginning of the first real crypto winter, with BTC tumbling to a December 2018 low of $3,170.

However, the great bull run of 2020 that culminated in the November 2021 ATH followed an uneventful 2019.

The great bull run was pivotal for bitcoin and the crypto market. Bitcoin etched its name into the list of great investment stories alongside names such as Intel (INTC) and Microsoft (MSFT). Significantly, the bull run also led to a material shift in sentiment towards bitcoin and the broader market.

Stickier institutional money entered the space, delivering a downside cushion once missing. This cushion supported a jump in interest from the retail side, comforted with the knowledge that even institutional investment strategies have embraced the digital asset space.

While bitcoin price projections over shorter time horizons are abundant, there are fewer projections looking further out.

A sustained market rebound is needed to support a return to $50,000.

In the event of a momentum-driven rebound and extended rally beyond R1, the bulls will target the Second Major Resistance Level (R2) at $88,374.

However, a drop below $10,000 would unlikely have a material impact on 2030 price projections. 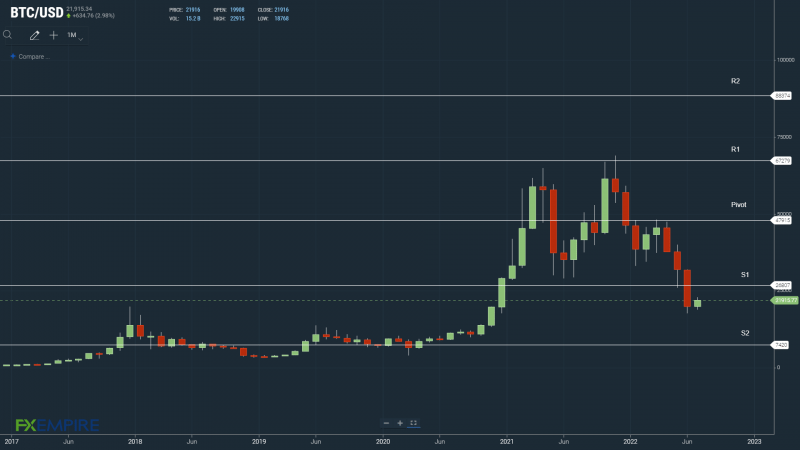 Looking at the EMAs and the daily candlestick chart (below), it is a bearish signal. This month, bitcoin sits below the 50-day EMA, currently at $23,366. 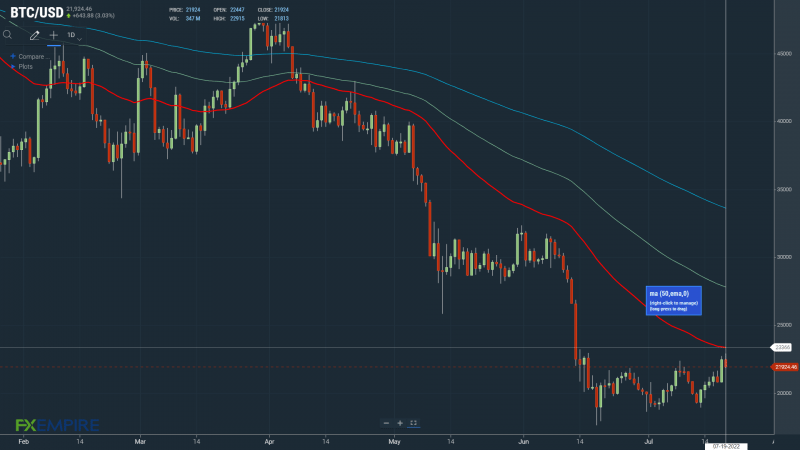 However, breaking resistance down at the above levels would be the key to supporting a sustained BTC uptrend. 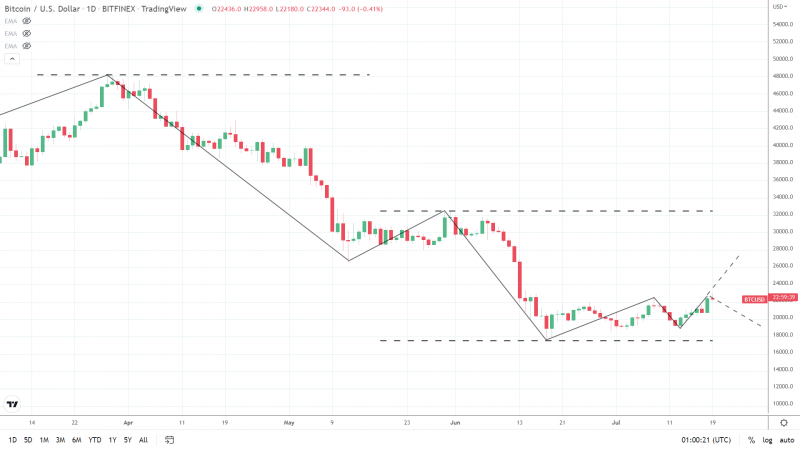 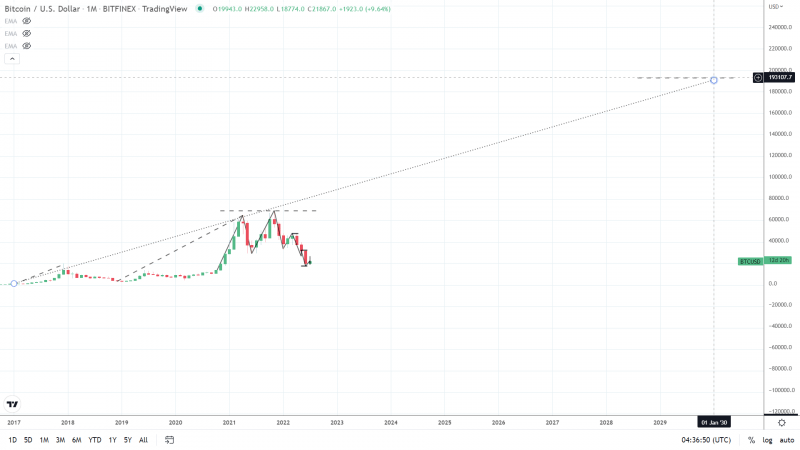 When considering the price impact of bitcoin halving on a four-yearly basis, a step mechanism needs to be included in the extrapolation to reflect the impact of each event on BTC.

Looking at the historical halving events,

Based on the above, bitcoin has surged by an average of 3,158% in the one year after each halving event. By removing the 2012 anomaly, the average increase is 412.5%. 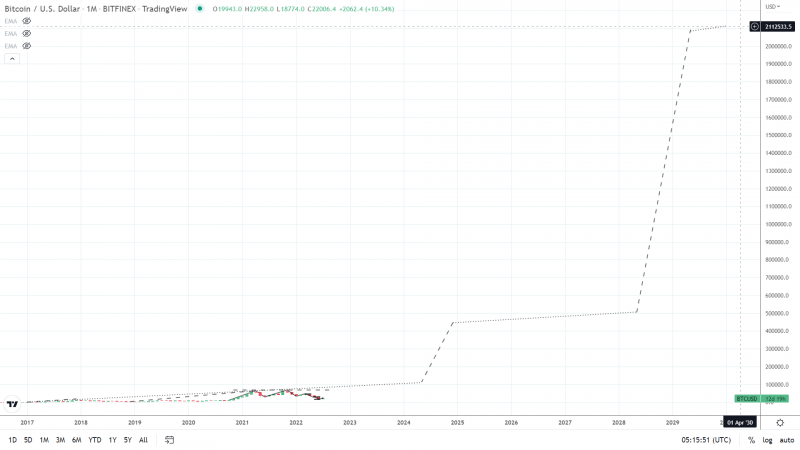 The projection considers the following assumptions:

Over the years, Bitcoin Whales have been the key to the sustainability of bitcoin and the broader market.

Prominent companies are also among the largest hodlers of bitcoin, including MicroStrategy Inc (MSTR), Tesla (TSLA), and Block Inc (SQ).

Two reasons for this include,

Therefore, the downside support and continued upward trends support the loftier projections, which aren’t as unreasonable as the more skeptical investor may suggest.

This article was originally posted on FX Empire