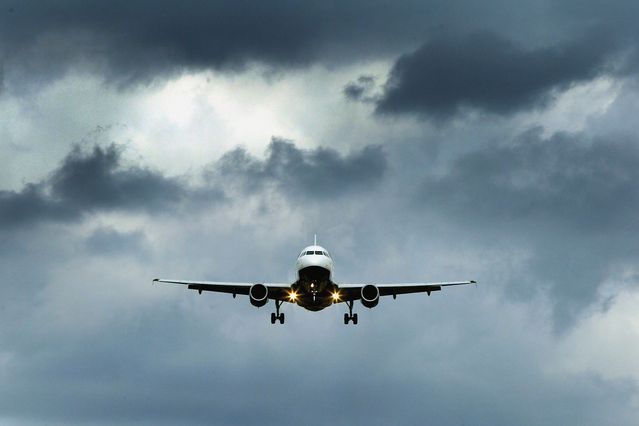 Competition between Boeing and Airbus has long been fierce, and will remain so. Scott Barbour/Getty Images

Airbus started the second half of the year with a nice win, taking potential business away from Boeing . Both stocks, however, are up because the battle for market share in the single-aisle portion of the commercial aerospace market is nothing new.

The fight for share will continue far into the future. And an order for A320-family jets isn’t something Boeing (ticker: BA) investors really need to worry about.

All three airlines already fly A320-family jets. They also all fly Boeing 737-model jets. Boeing planes account for about 45% of the single-aisle jets those carriers are now using.

That lines up, very roughly, with the two aircraft makers’ shares of the single-aisle market. Boeing has about 4,100 unfilled orders for 737 jets, while Airbus has roughly 5,800 for A320 and A321 planes. That gives Airbus roughly 58% of orders, although both companies keep track of orders a little differently.

Boeing has had some single-aisle success lately too, succeeding in flipping an Airbus customer back in May. British Airways parent International Consolidated Airlines Group (IAG. London) ordered 50 Boeing 737 MAX jets, with options for a further 100 aircraft. Currently, IAG flies only Airbus jets in the single-aisle market where Boeing and Airbus compete.

Airbus stock rose 3% in overseas trading Friday. Boeing stock, however, made headway too, rising about 1.5% in late trading Friday. The S&P 500 and Dow Jones Industrial Average were both up about 0.7%.

The trading action goes to show the Airbus win isn’t really bad news for Boeing. And that is very good for Boeing investors. They don’t want any more bad news.

Boeing investors had a terrible first half of the year: Shares dropped 32%, falling significantly both times the company reported earnings. The stock lost 4.8% in January after Boeing’s fourth-quarter 2021 results fell short of Wall Street’s expectations. They fell 7.5% in late April after the company, again, reported a much wider loss than expected for the first quarter of 2022.

Airbus stock didn’t have a great first half of the year either, falling about 18%.

China’s second-quarter battle with Covid-19 certainly played a role in the delayed recovery. Areas including Shanghai were locked down for weeks as officials battled infections.

Yet Wall Street still holds out hope for Boeing stock. More than 80% of analysts covering the company rate shares Buy, while the average Buy-rating ratio for stocks in the S&P 500 is about 58%.

The average analyst price target is about $216 a share, up about 55% from current levels.

For Boeing stock to hit those heights, it won’t have to take market share from Airbus. Boeing just needs to put its own house in order and do things like start delivering the 787 jet again. Deliveries have been on hold as Boeing works through manufacturing quality problems with the Federal Aviation Administration.

Write to Al Root at allen.root@dowjones.com