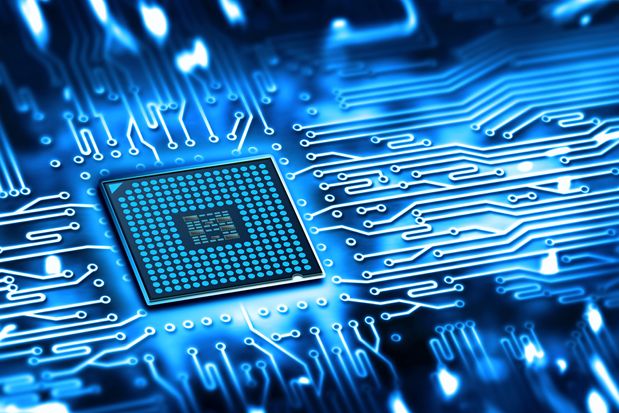 The iShares Semiconductor ETF has fallen even more than the overall market this year. Courtesy of Texas Instruments

BofA Global Research is getting more downbeat about the chip industry.

Even though the semiconductor sector has lost more than one-third of its value this year, the pain isn’t over for investors, according to the firm’s analyst Vivek Arya. He cut his revenue forecasts for the industry on Wednesday, saying he now expects the top line to shrink next year.

The iShares Semiconductor ETF (ticker: SOXX), which tracks the performance of the ICE Semiconductor Index, has declined by 35% this year, compared with a 20% drop for the S&P 500.

The analyst is now predicting revenue growth of 9.5% for the industry in 2022, compared with 13% previously. Sales will fall by 1% next year, he says, down from his earlier call for growth of 7%.

As a result, Arya downgraded four chip names. He lowered his ratings for Skyworks ( SWKS ) and Qorvo ( QRVO )—two wireless-chip suppliers—to Underperform from Neutral, citing slowing growth in the market for 5G smartphones.

The analyst also reduced his rating for Teradyne ( TER ) and Texas Instruments ( TXN ) to Neutral from Buy. For Teradyne , he said, the chip testing company’s high exposure to consumer end demand could be a risk. And Texas Instruments ‘ future returns may suffer from the higher capital spending needed to build new U.S.-based factories, he said.

None of the companies immediately replied to requests for comment.

Despite his concerns about the near term, Arya says there is the potential for stocks in the sector to reach bottom later this year if there are positive developments either on the geopolitical front or from more certainty over when interest rates will stop rising.

Till then, expect more turmoil in chip land.

Write to Tae Kim at tae.kim@barrons.com