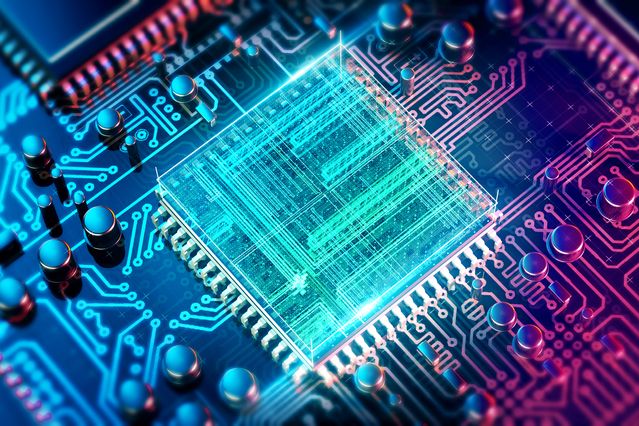 Qorvo is more at risk from the slowdown in the economy than other makers of wireless chips because it focuses more on the lower end of the market, according to Cowen. Dreamstime

Wall Street analysts are getting more worried about the smartphone chip companies.

On Sunday, Cowen semiconductor analyst Matthew Ramsay lowered his rating for Qorvo (ticker: QRVO ) to Market Perform from Outperform and reduced his price targets for Qualcomm ( QCOM ) and for Skyworks ( SWKS ), citing deteriorating demand for smartphones. All three companies are major suppliers of wireless chips to the top phone makers.

“We see macro slowing as a headwind for the smartphone market,” he wrote. “Broader macro slowing is likely already weighing on the cost sensitive portions of the market.”

For Qualcomm and Skyworks , he maintained his Outperform ratings, but reduced his price targets to $185 from $220 and $132 from $160 for the two companies, respectively. Ramsay’s Qorvo forecast went to $108 from $150.

The analyst said he saw more risk with Qorvo because of its higher exposure to the lower end of the market, which is less resilient than higher-priced phones, according to Ramsay.

In a separate note, Wells Fargo analyst Gary Mobley had similar views. On Monday, he lowered his price targets for Qorvo to $130 from $175, for Qualcomm to $135 from $150, and for Skyworks to $130 from $160, citing weakening demand for smartphones. He didn’t change his ratings for the three companies.

None of the companies immediately replied to requests for comment on the analysts’ reports.

Analysts have been becoming more pessimistic about the global smartphone market. Last month, the research firm IDC lowered its forecast for smartphone shipments, predicting a decline of 3.5% this year from 2021 as a result of factors such as rising inflation and geopolitical tensions.

Write to Tae Kim at tae.kim@barrons.com