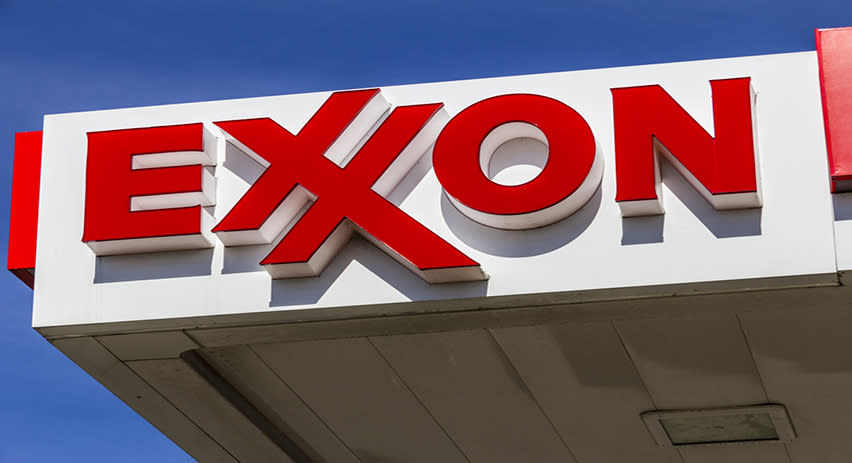 From $60 at the end of last year, to more than $104 at Wednesday’s close, shares of oil giant Exxon Mobil Corporation (XOM) have surged 75% in less than six months as Evercore ISI analyst Stephen Richardson sat on the sidelines — but no longer.

Shouting “put me in, coach!” (one imagines), Richardson leapt off the bench and, lamenting (a bit hyperbolically) that he had already “missed the First $50/shr” in Exxon’s run-up, Richardson declared that he has no intention of missing out on the next $50 move in this oil stock. Upgrading Exxon shares to Outperform (i.e. Buy), he boldly placed a $120 price target on the stock, essentially predicting that Exxon will gain another 15% over the next 12 months. (To watch Richardson’s track record, click here)

What makes Richardson so confident about Exxon’s chances?

Comparing Exxon’s valuation today to where the shares stood the last time oil was selling for close to $120 a barrel (the 2011 to 2014 time period), Richardson observes that Exxon currently sells for “a 20% discount to historical levels.”

And yet, Richardson believes that oil stock returns — both in general and for Exxon Mobil in particular — are likely to rise even beyond where they are currently. Even assuming a 50% decline in oil prices through 2027, for example, Richardson anticipates that Exxon will be able to earn 15% to 17% returns on common equity. Meanwhile in the nearer term, the analyst believes that still-rising oil and gas prices and improving profit margins on refining will permit Exxon to raise its earnings guidance both for Q2 2022, and for 2022 as a whole.

And that’s just the start of the good news.

What really gets Richardson excited about Exxon Mobil stock is the potential for the company’s “shareholder yield” — the amount of cash returned to shareholders through a combination of dividends and share buybacks — to surpass its current rate of about 7.2%. Here’s how that works:

For starters, Exxon pays its shareholders at 3.6% dividend yield (which is already more than twice what the average S&P 500 stock pays). On top of that, Exxon envisions deploying excess free cash flow to buy back shares going forward. Richardson calculates that over the next five years, the company might spend as much as $100 billion on such share repurchases, resulting in 24% of the company’s shares outstanding getting bought back — roughly 4.8% per year. Between the dividend yield and the cash returned by way of share buybacks, that works out to a “shareholder yield” of as much as 8.4%, even assuming no increase in the dividend rate.

Additionally, all those share buybacks will result in Exxon’s future profits being divided among fewer shares outstanding, thus concentrating profits among fewer shares. While Richardson doesn’t emphasize the point, this has the potential to turbocharge earnings per share growth at Exxon. And when combined with all the money coming back to shareholders by way of dividends and buybacks, that all adds up to a strong argument in favor of buying Exxon Mobil shares today.

Where does the rest of the Street stand regarding the energy giant? 10 Buys and 7 Holds add up to a Moderate Buy consensus rating. However, the recent gains have taken the stock beyond what most consider its fair value; at $101.57, the average price target represents a modest downside of ~3%. (See XOM stock forecast on TipRanks) 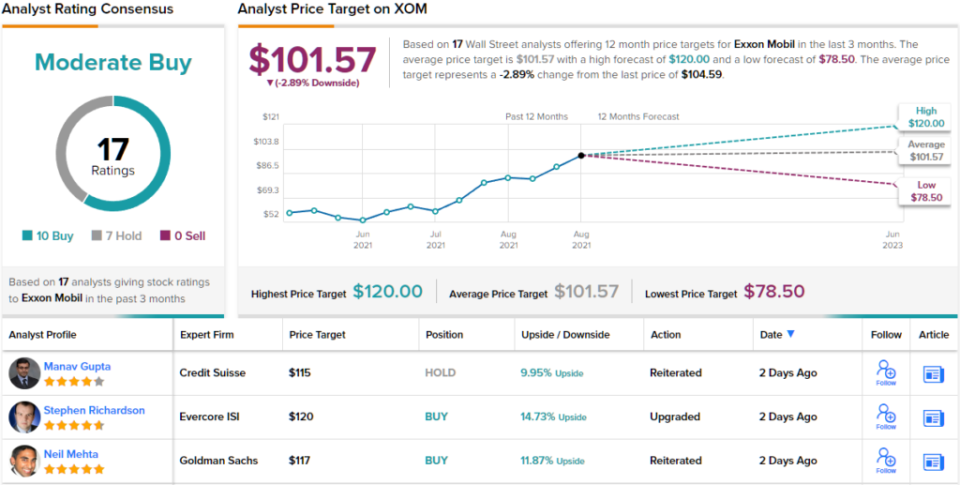