The Federal Reserve’s ability to achieve a soft landing in its fight against inflation is looking increasingly less likely, according to economists and the central bank itself.

“It is, unfortunately, uncomfortably possible that the Fed is going to slam on the brakes and push us into recession,” economist Mohamed A. El-Erian said on Yahoo Finance Live in an interview Thursday (video above).

El-Erian’s remarks come as Wall Street strategists ratchet up their expectations for an economic slowdown following the Fed’s move last week to raise interest rates by 75 basis points, the most aggressive hike in decades.

“I do worry that the probability of a soft landing, which means you bring down inflation without unduly hurting growth and employment, has declined significantly because of a series of Federal Reserve mistakes,” El-Erian said.

One of those mistakes, he pointed out, is that the U.S. central bank was too late to acknowledge that inflation was becoming a problem and did not act quickly enough to combat surging prices — also losing credibility in the process.

A Federal Reserve with low credibility, El-Erian said, leads to people questioning its projections, such as the case last week. Central banks maintain their credibility by establishing forward policy guidance, or communicating the measures it intends to take and showing the subsequent results of them, he added. By contrast, the projections of a Fed with “low credibility, which is what we have today” are taken with skepticism and deemed unrealistic. 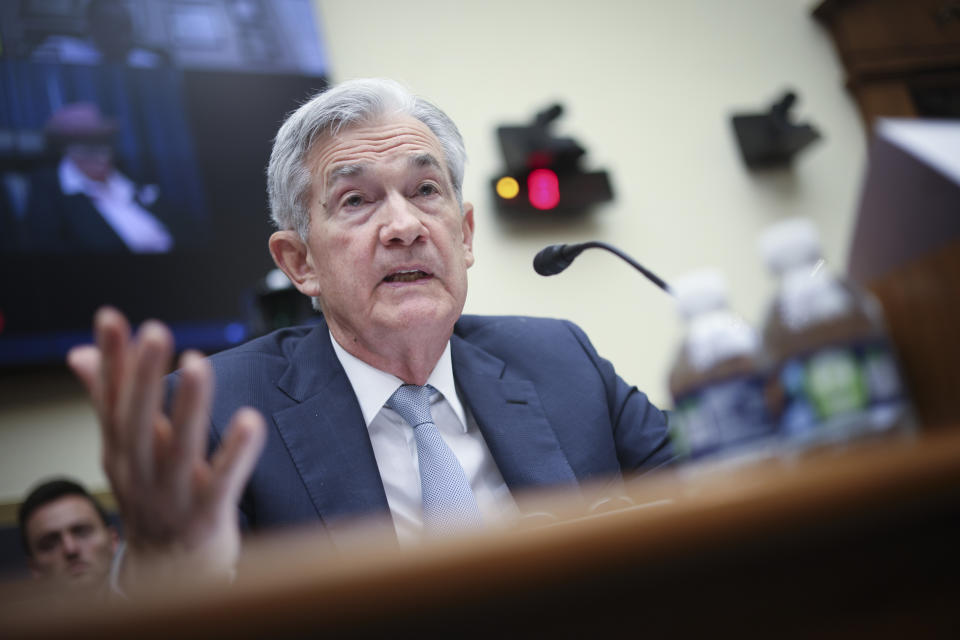 Jerome Powell testifies before the House Committee on Financial Services on June 23, 2022 in Washington, DC. (Photo by Win McNamee/Getty Images)

Fed Chairman Jerome Powell conceded to the Senate Banking Committee in testimony on Wednesday that a recession was a “possibility,” clarifying that it is not the intended outcome.

Meanwhile, Philadelphia Federal Reserve President Patrick Harker offered more pronounced remarks about the chances of a slowdown in an interview with Yahoo Finance on Wednesday.

Instead of the Fed leading the marketplace, El-Erian said, “the marketplace is dragging the Fed along, and the Fed is consistently late. … That is why central bank credibility is so important.”

While some central bank policymakers are beginning to acknowledge that their rate hiking campaign may drive an economic downturn, sentiment among officials appears to be downplayed compared to the outlook many strategists and economists have shared.

Strategists at BlackRock’s Investment Institute argued in a note published Tuesday that the current path of rate hikes is poised to stall economic growth without solving the inflation issue.

“Hiking interest rates too much risks triggering a recession, while not tightening enough risks causing unanchored inflation expectations,” the strategists said in their commentary. “It’s tough to see a perfect outcome.”