The Federal Reserve announced that it would raise its benchmark Federal Funds Rate target range to between 0.25% and 0.50% last Wednesday in a long-awaited move seeking to combat decades-high inflation.

“I think it should have happened already, quite honestly,” she said. “I think they should have been less concerned [with market fallout], especially as we saw a surge in the market, as we went through the summer and into the late fall of 2021.”

“That was probably the first opportunity because at that point, even though oil wasn’t necessarily going crazy, we could see it in industrial metals, we could see it in food prices, and so they kind of missed that first level,” she said. “And so at this point now, I think they’ve lost a lot of credibility.” 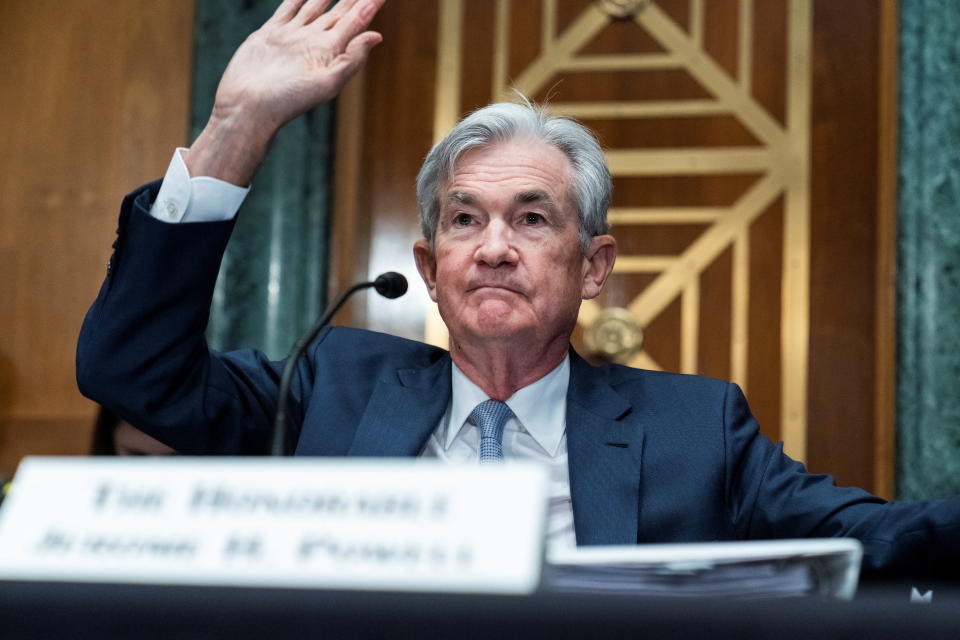 The Fed had made it clear that they would be raising interest rates in 2022 as far back as November of last year, when CPI reports showed inflation rising past 6%. Fast-forward to February of this year, where the U.S. experienced a year-over-year rise in consumer inflation of nearly 8%, the highest rate of increase since 1982.

Talk of front-loading interest rate hikes has emerged among the public as well as at least one Fed official, St. Louis Federal Reserve President James Bullard, who suggested raising the Fed short-term borrowing rate by a full percentage point by July.

Front-loading interest rate hikes in the first few months of the year may allow the Fed to more effectively reign in inflation, but could lead to more severe fallout in markets.

Such drastic measures may be justified if it can reel in rapidly rising prices, Schneider said. In fact, she added, slower rate hikes may not be effective at all.

“If they raise by a half a percent, it may not even be taken so seriously at this point,” Schneider said. “It certainly should have hurt certain areas, obviously, and particularly, as we’re seeing now with mortgages in the housing industry. But overall, I think that the Fed at this point, unless they went even more aggressive on their rate of change in terms of how fast they raise the rates, that would be something to keep an eye on. But they’re looking like they’re going to keep it relatively slow.”

‘Atypical period’ for the economy

It’s certainly a curious time for the economy; while fundamentals appear to be strong, numerous headwinds — including tightening monetary policy and rising energy prices — indicate an incoming recession.

“This disconnect gave us a rally from the lows to about mid-point to where we were at the peak highs,” she added. “And that’s kind of a normal type of rally at this point.”

It’s hard to tell whether or not rising interest rates will lead to a recession, Schneider said, but a labor market still struggling to fill open roles places today’s economy in an atypical position.

“I’m counting on a couple of things because we’re in an atypical period, having come out of COVID,” she said. “Number one, of course, is the fact that we have a labor market as such where typically, in a recession, you will start to see a lot of layoffs. And we have a situation where we still have 10 million jobs that need to be filled. And of course, part of our supply chain problem has been that a lot of people haven’t gotten back to work yet, particularly in the transportation or in the trucking business.”

Historically low jobless claims may provide protection against the high unemployment levels generally seen in recessions, should one occur. However, even this observation is contingent on several factors, Schneider said, including how much and how quickly rates rise.

“I think what we’re going to see here is maybe another dip down, but at some point, this sort of trading range or this floor,” she explained. “And if we do have any kind of recession, it would be very short-lived and, again, stagflation, which can last a lot longer.”