West Texas Intermediate (WTI), the benchmark crude oil for North America, remains over $100 per barrel as the world continues to economically isolate Russia in response to the invasion of Ukraine.

Americans are being affected through gas prices, with the average cost of a gallon of regular gas in the U.S was $4.24 as of Thursday, according to AAA, more than a dollar higher than 12 months ago.

“Of the 10 states where individuals are most affected by high gas prices, seven are located in the Sun Belt, which stretches across the southern portion of the country,” SmartAsset stated. “The three states where drivers will feel the most pain at the pump are in all the Southeast: Alabama, Mississippi and Tennessee.”

Economists at Wells Fargo also analyzed the situation and found a similar trend: “Residents in the South, and parts of New England, are most heavily affected by rising gasoline prices. Residents of Mississippi and Alabama spend the largest portion of their after-tax income on gasoline, followed by South Carolina and Maine.”

Overall, Wells Fargo found that lower- and middle-income households, “particularly those in rural areas, spend a relatively high proportion of their income on gasoline and have fewer viable options available to offset the impact of rising gasoline prices.”

Data from the Census Bureau shows that rural areas comprise roughly 97% of U.S. land mass but are home to just 19% of the population. However, rural areas also account for 30% of the vehicle miles traveled in the U.S. The economists noted that drivers in Mississippi and Alabama drive more miles per person in 2019 than any state other than Wyoming. 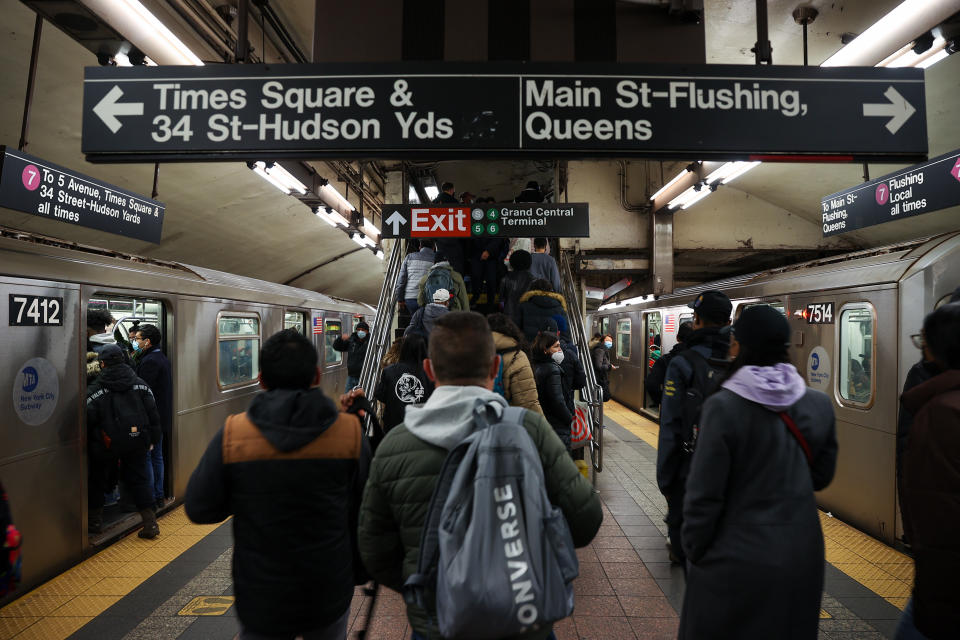 People are seen during rush hour at a subway platform as daily life in New York City, United States on March 11, 2022. (Photo by Tayfun Coskun/Anadolu Agency via Getty Images)

Other states where disposable income and gas purchases were found to be disproportionate include Kentucky, New Mexico, and Idaho — all of which also have large rural populations. Furthermore, according to Wells Fargo, consumers are spending the most on groceries in these states. 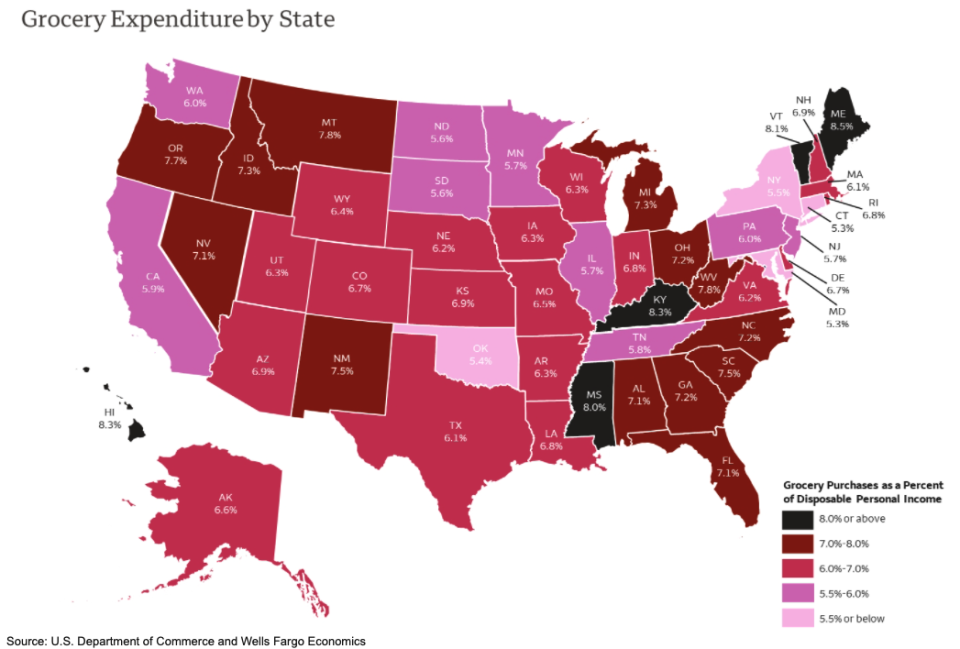 One outlier in the Well Fargo analysis was California, given that the “Golden State has one of the highest average hourly earnings in the country, but local gas prices (which are typically well above the national average due to a variety of circumstances) are high enough to place the state in the bottom 10 in terms of the number of gallons of gasoline that can be purchased with average hourly earnings.”

On Tuesday, the average price for a gallon of regular gasoline in Los Angeles County, the nation’s largest by population, hit a record $6.011.