General Electric  (GE) – Get General Electric Company Report stock is rallying on July 18, up about 2% amid a broader market rally. But company-specific news is driving it higher as well.

Alphabet’s stock split goes into effect today, while GE’s business split will occur in 2023 and 2024.

But General Electric did unveil new logos and names for its businesses, which will be splitting into three separate groups when it’s complete.

GE stock stood strong earlier in the year but has not had a good run over the past few months. The shares made it through January and February in positive territory — albeit barely — posting gains of 0.01% and 1.1%, respectively. 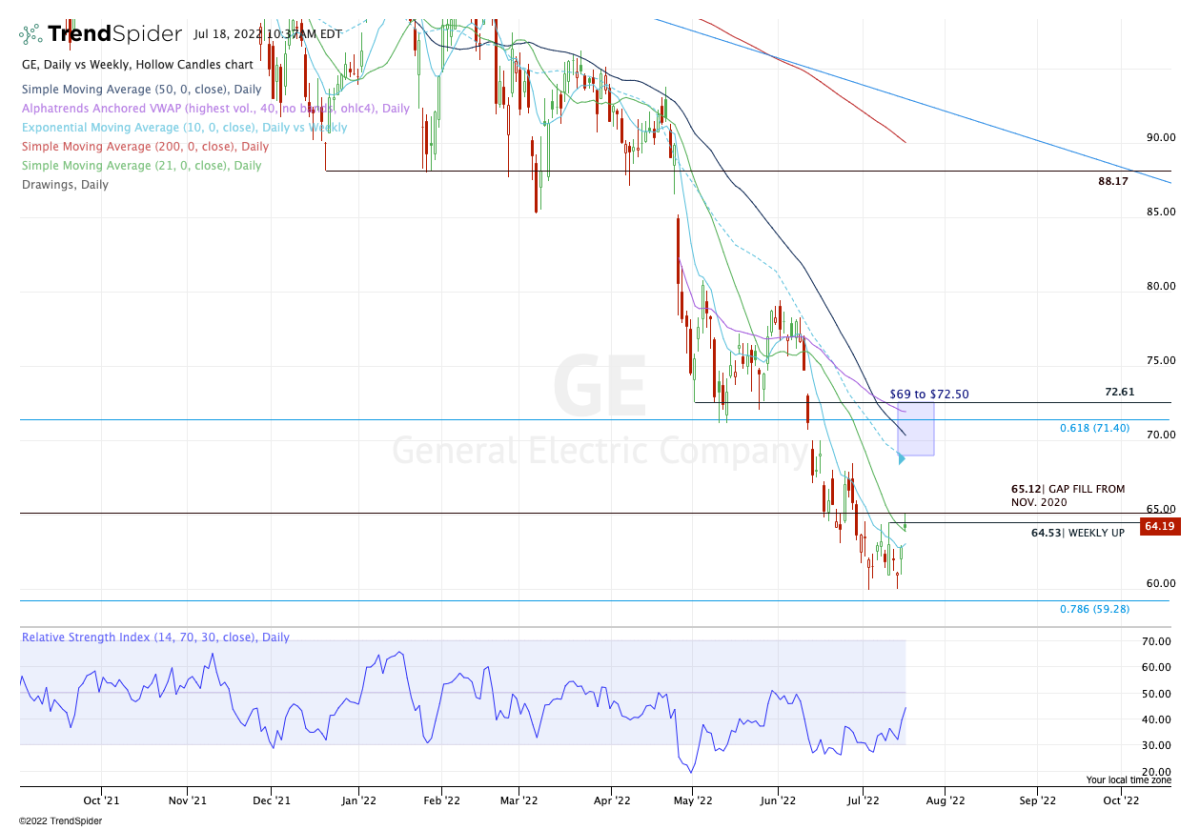 GE stock found support at $60, giving the bulls a nice double-bottom to work with.

While the rally has sent GE stock above the 10-day and 21-day moving averages, it still finds itself in a tough area.

While the gap has been filled and should not play much of a role, it’s noteworthy to see how the stock has traded near this level.

Should the stock clear this zone, it could open up significant upside. In that scenario, it may put the $69 to $72.50 area in play. That includes the 10-week and 50-day moving averages, the daily VWAP measure and a key support/resistance zone between $71.50 to $72.50.

If General Electric stock sees this level, I would expect some sort of a pause, if not an outright selling opportunity in the short term.

On the downside, there’s now an open gap at $63. If GE stock fills that gap, it likely implies that it traded back below its 10-day moving average.

In that scenario, the bulls must recognize that $60 could be back in play — and it might not hold as support the third time around.