There isn’t much to explain the moodiness of stocks, which logged gains on Friday, but weekly losses on worries about a recession spurred on by rising U.S. interest rates.

With the economy in flux and rates rising, a big question is hanging over a sector that has been putting money in the pockets of Americans for years. And our call of the day from Capital Economics’ group chief economist Neil Shearing says don’t expect 2008-like housing-price drops.

That’s even as “in real terms global house prices are now running well above their long-run trend, and the recent surge in prices looks alarmingly similar to what happened in the run-up to the global financial crisis,” said Shearing in a note. 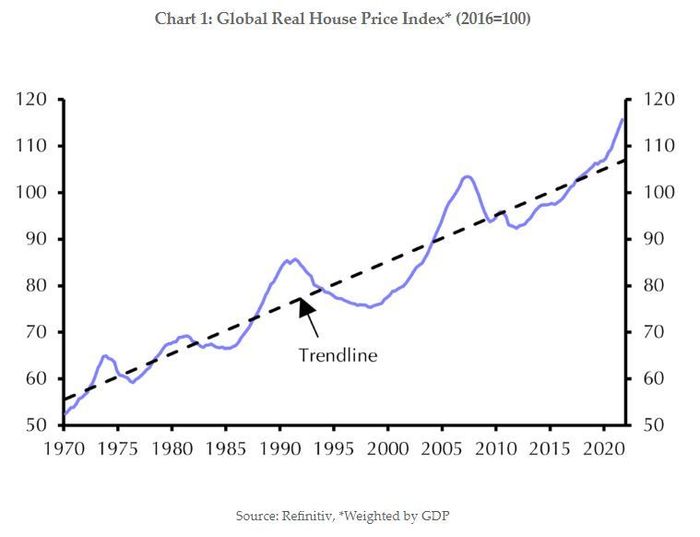 In the U.S., mortgage applications are down 28% from their peak, new home sales are off 17% and housing starts down 13%. That’s also being played out across the U.K., Canada, Australia, New Zealand and Sweden, he said.

His next chart shows global housing prices, notably hot in Canada, Australia and New Zealand, but also up in double digits in the U.S. and U.K. 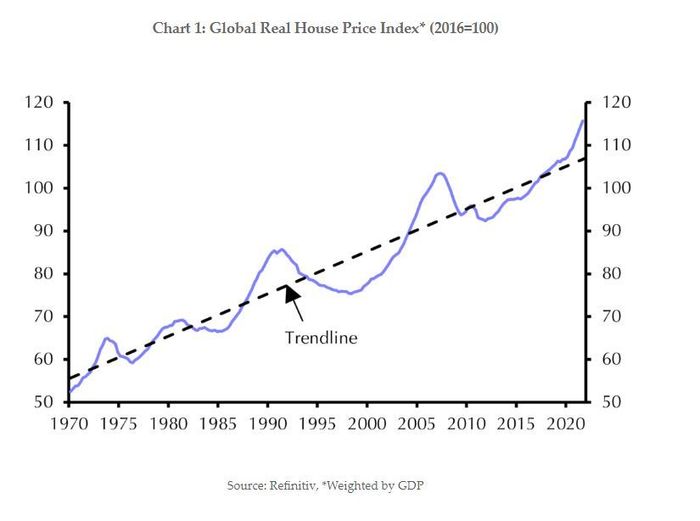 A big difference between now and bubbly 2008 is that surging mortgage debt drove the latter. Homeowners stuck with negative equity and forced to sell led to a downward spiral of the sector. But these days the housing market is far less leveraged and regulations put in place after 2008 have left banks in better shape.

“Instead, the latest surge in house prices has been underpinned by the extremely low level of nominal (and real) interest rates,” said Shearing.

Rising rates will probably squeeze first-time buyers and homeowners needing to finance. “And there are growing signs that this rise in borrowing costs — and the anticipation of further increases to come — is already fueling sharp downturns in housing markets across advanced economies,” said Shearing.

Shearing said the U.S., U.K. Canada, Australia, New Zealand and Sweden are in stage 3 of that process. And compared with the mid-2000s, this one is “happening more quickly, with most indicators showing sharper initial falls,” he said.

“That doesn’t mean we should expect the same scale of price falls in the fourth stage as were seen around the global financial crisis. The macro backdrop and market dynamics are different to the mid-2000s, and the outlook today varies between economies,” said Shearing.

So, what are his predictions? The biggest housing price falls will hit the most overvalued markets — 20% in Canada and New Zealand, followed by 15% in Australia and 10% to 15% in Sweden. But the U.K. will see smaller drops of 5% to 10% and in the U.S., expect about a 5% drop, said Shearing.

But the fact that “indicators in the first three stages of the downturn have rolled over so quickly suggests that we should expect to see prices falls in all of these markets soon,” he said.

The good news is that a crisis on the scale of 2008 is unlikely, with a boom-to-bust housing shift likely to shave 0.5% to 2% off U.S., U.K., Canada, Australia and New Zealand gross domestic product in the next two years. But don’t look to the Federal Reserve or Bank of England especially to back down on rates, Shearing cautioned.

Read: I’m the director of forecasting for the National Association of Realtors. Here are 6 things you should know about the housing market now

A China services purchasing managers index rebounded in June. In the U.S., factory and core capital equipment orders are coming later in a week that ends with June jobs data. Australia raised interest rates for a third straight month.

Chicago police have a person of interest in custody after a gunman opened fire on a Fourth of July parade in an affluent suburb, killing six and injuring 30. 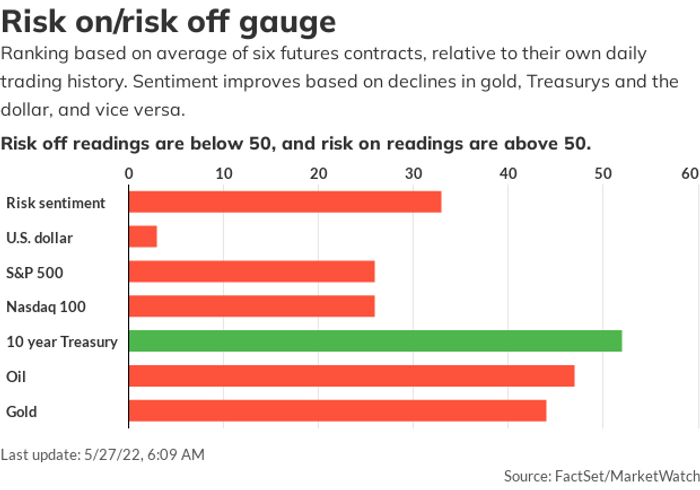 Citigroup analysts say Brent crude could drop to $65 a barrel by year-end, and $45/bbl. by end-2023, “absent intervention by OPEC+ and a decline in short-cycle oil investment,” according to a team led by Francesco Martoccia.

Citi argues that while historical evidence shows oil demand only goes negative in the worst global recessions, prices “fall in all recessions to roughly the marginal cost.” 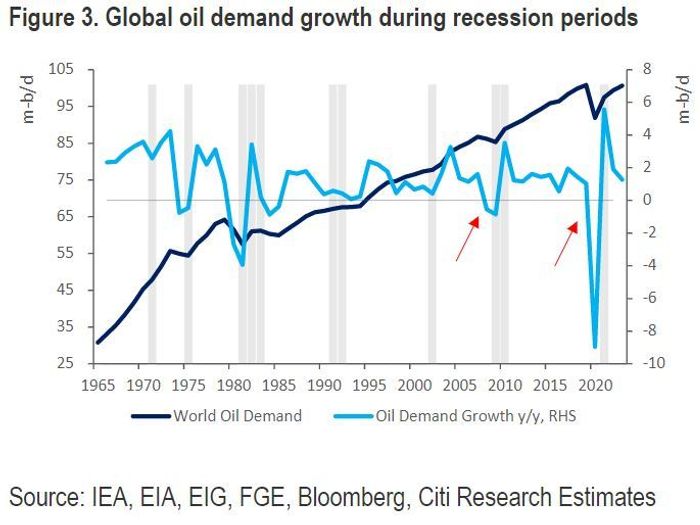 These were the top-searched tickers on MarketWatch as of 6 a.m. Eastern:

After an epic appearance on “Stranger Things 4,” Metallica’s heavy metal 1980s hit “Master of Puppets” is topping the charts.