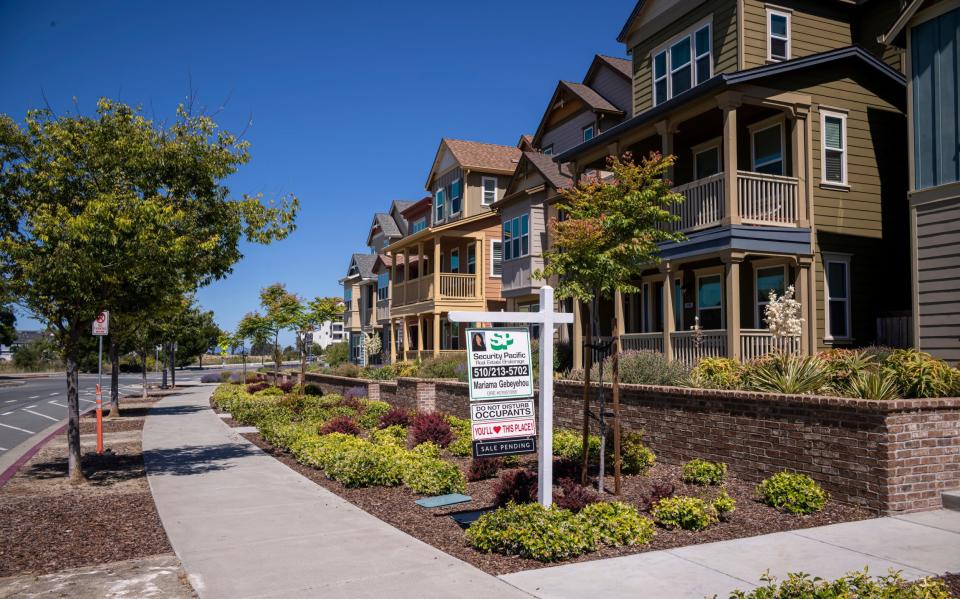 A “For Sale” outside a house in Hercules, California, US – David Paul Morris/Bloomberg

The pandemic property boom across the developed world is coming to an abrupt halt as climbing mortgage rates bring an end to record prices.

Major economies including France, Canada and the US will suffer a tumble in property prices in the coming years, according to Goldman Sachs. The UK’s ultra-tight market means it should escape the worst of a global slump.

Housing markets have been pumped up by government stimulus, low mortgage rates and a dash for space during Covid, with price growth hitting double digits in the UK.

But Goldman Sachs’ analysis found that soaring interest rates, stretched affordability and weakening economic growth will take the heat out of property markets after the pandemic price surge.

The Wall Street bank’s model predicted that France and the US will suffer peak-to-trough declines in prices of 9pc and 3pc, respectively. Prices in Canada, Australia and New Zealand are already dropping. The worst price slump will be in Canada, at 12pc, but the UK will see prices flatline from next year onwards, rather than fall.

Goldman attributed the stronger performance in the UK to a “smaller drag from rising mortgage rates than in North America” and scarcer housing supply than in France.

Its economist Jan Hatzius warned of a “meaningful risk” of even sharper falls around the world given the “very rapid deterioration in affordability”.

House prices in the UK have jumped 22pc since Covid struck, fuelled in part by the stamp duty holiday.

But economists expect the market to begin cooling as the Bank of England lifts interest rates to tame inflation. The Bank has already pushed its base rate up to 1.25pc with six more hikes expected just this year.

The cost of living crisis is also a severe headwind for the market as consumer confidence crashes to record lows.