Intel  (INTC) – Get Intel Corporation Report is far from its position as investors’ favorite semiconductor stock. It may pay a 3.9% dividend yield and trade at less than seven times last year’s earnings, but that doesn’t paint the full picture.

In the semiconductor world, we’ve seen a massive correction as investors fear a global recession. Some argue that we’re already there.

Regardless, that sentiment or reality directly affects semiconductor stocks, which are used in virtually every industry.

These companies may not pay a near-4% yield, but they are forecast to grow. Intel badly lags at the moment.

It may trade at 6.8 times last year’s earnings, but it trades at almost 11 times this year’s earnings. Why? Because profit is forecast to fall 36% at the Santa Clara, Calif., chip giant as revenue stays flat.

In other words, margins are narrowing. Just yesterday, Goldman Sachs said to buy puts ahead of earnings.

After holding a key level in the $40s in each month of the first quarter, Intel wavered on this zone in May and broke below it in June. Now it’s flirting with losing another level of support. 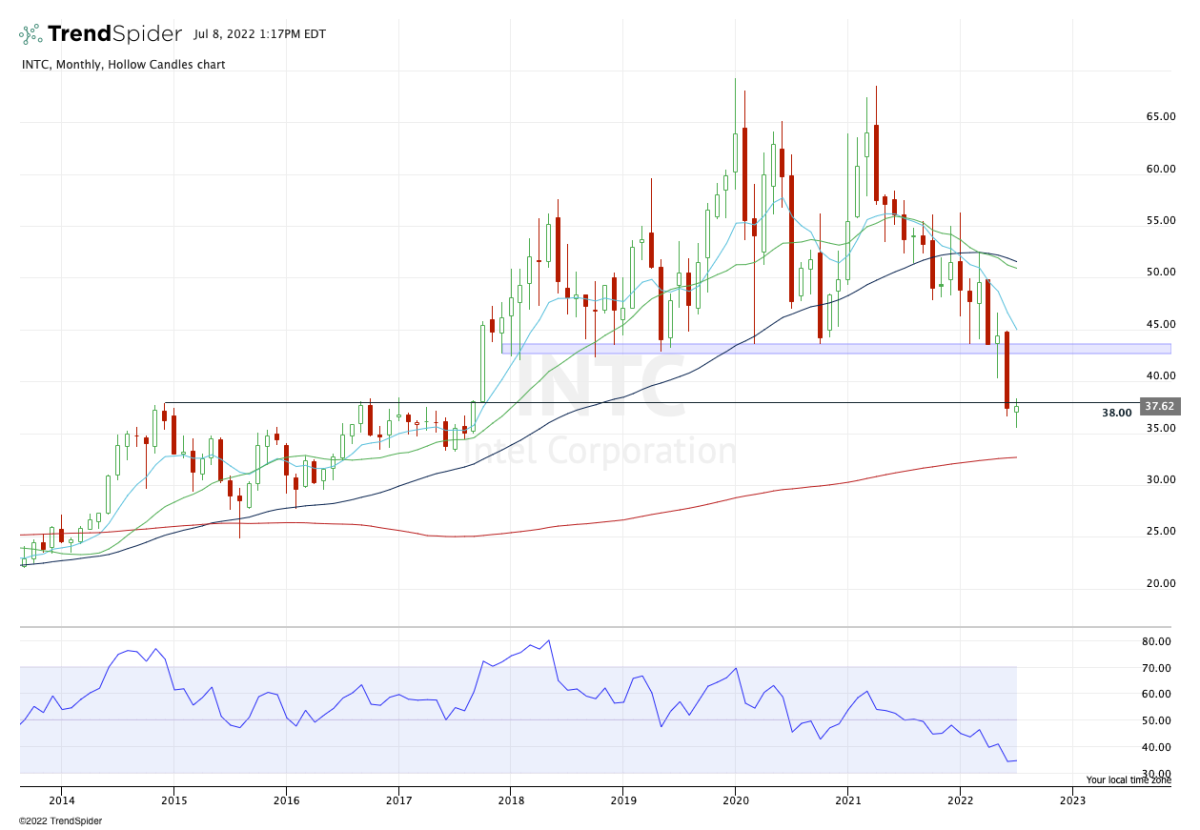 It held during the fourth-quarter selloff in 2018, the covid-19 crash and countless times in between.

Not only did Intel stock finally drop through this level in June, it actually closed below a second key support level near $38 — the prior breakout level from Q4 2017.

Now it’s trying to recover this area and is struggling with $38.

On the downside, a move below the July low at $35.50 opens Intel stock up to more downside. Specifically, it could put the 200-month moving average in play near $32.50.