JPMorgan (JPM) Chief Executive Jamie Dimon doubled down on his earlier warning about the possibility of an economic downturn in comments on Thursday.

The leader of the nation’s largest bank cautioned risks to the U.S. economy appear “nearer than they were before” in a call with reporters following the bank’s most recent quarterly report.

“I’m simply saying, there’s a range of potential outcomes from a soft landing to a hard landing, driven by how much interest rates go up, the effectiveness of quantitative tightening, and defective, volatile markets,” Dimon said in a separate call with Wall Street analysts Thursday.

The bank reported a wider-than-expected drop in profit of 28% during the second quarter to $8.6 billion, or $2.76 per share share. Analysts surveyed by Bloomberg anticipated the figure to come in at $8.9 billion. Meanwhile, trading revenue rose 15% to $7.8 billion, slightly below the 17% increase analysts expected.

Dimon’s comments come as the Federal Reserve moves forward with its most aggressive monetary policy in decades and war in Ukraine continues to disrupt global markets. 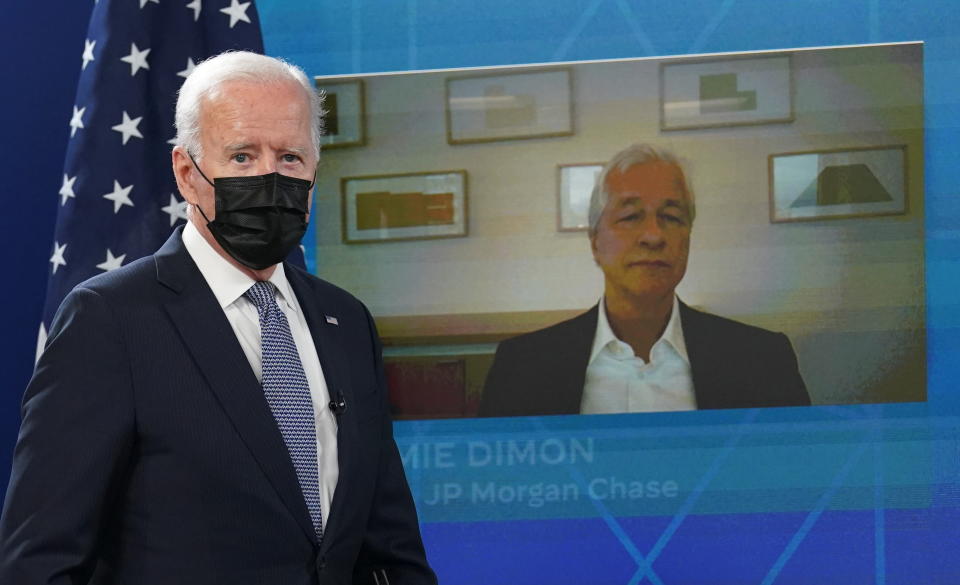 JP Morgan Chase CEO Jamie Dimon is seen on the video screen as U.S. President Joe Biden arrives for a hybrid virtual meeting with business leaders and CEOs about the debt limit at the White House in Washington, U.S., October 6, 2021. REUTERS/Kevin Lamarque

The remarks also come as JPMorgan readies its own balance sheet for a potential recession.

Last quarter, the bank temporarily suspended share buybacks and set aside an additional $428 million in credit reserves to cover potential loan losses, pointing to “modest deterioration in the economic outlook.”

The source of that deterioration comes from “two conflicting factors,” Dimon said in the company’s earnings release. While the U.S. economy continues to grow and the labor market and consumer spending hold up despite a backdrop of macroeconomic headwinds, geopolitical tensions caused by war in Ukraine, deteriorating consumer confidence, and “never-before-seen quantitative tightening” are expected to have negative consequences down the line. 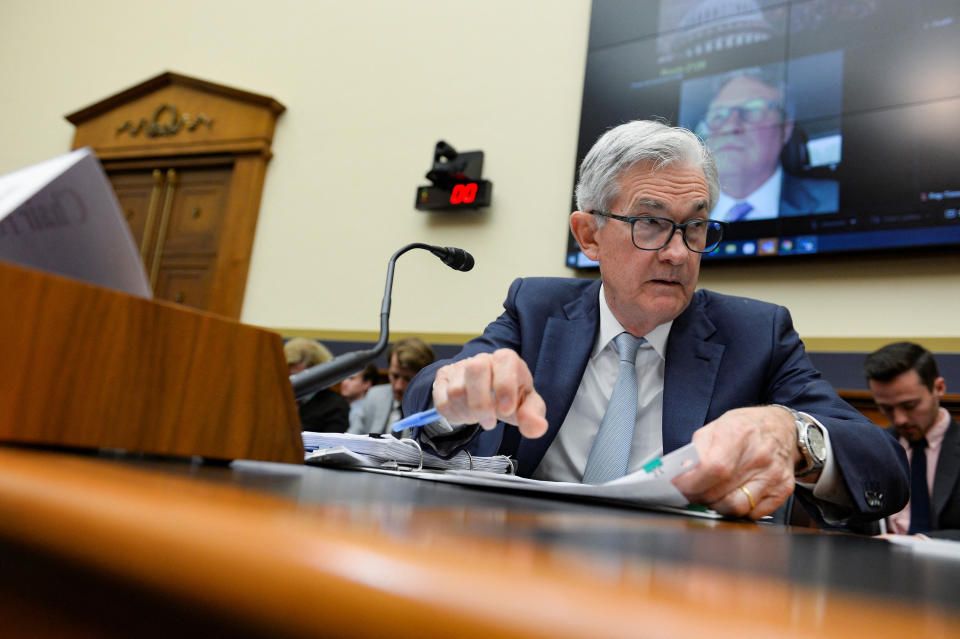 The JPMorgan chief was among the first of Wall Street heavyweights to hint at a possible recession, sending a shockwave through financial markets last month when he predicted an economic “hurricane” was underway.

Despite warnings, however, Dimon fell short of formally calling for a recession.

“You can put any percentage you want on it — I’ve never changed my view,” he told reporters. “I’m not guessing what it is, I’ve always spoken about possibilities and probabilities, not about a single-point forecast.”

Speaking to analysts, Dimon said consumers are in “great shape” if we enter a recession and hold far less leverage, particularly compared to the 2008 financial crisis and in 2020 when the coronavirus pandemic upended the economy.

Morgan Stanley (MS) CEO James Gorman, in a slight contrast, appeared more relaxed in a call following the firm’s results Thursday morning, indicating a “deep and dramatic recession” is unlikely for the U.S and noting the threat of an economic contraction is a greater concern for Europe.

Morgan Stanley revealed results that missed analyst expectations, dragged down primarily by a slump in investment banking revenue due to volatile market conditions.