““You can’t have a recession if people still have their jobs and have no problem getting their next job. So I don’t care what the NBER says. … If people don’t get fired, then it’s not a recession.””

Brown, the CNBC personality whose New York City-based investment advisory firm manages more than $2 billion, joined his “Compound & Friends” investment podcast cohost Michael Batnick to speak with MarketWatch news editor Joy Wiltermuth at the festival. The three talked about whether a recession is pending, about the red flags in the U.S. economy right now — and also about why this is an opportunity for investors to buy into the market, even if it doesn’t feel like one.

“It kinda seems like there is a slow-motion recession that everyone knows is coming, but it has failed to show up in the data yet,” Batnick said.

Batnick, who is a managing partner at Ritholtz Wealth Management and runs “The Irrelevant Investor” blog, added, “The consumer is in good shape.” He pulled up several charts to illustrate that most Americans are still paying their bills on time, and that for many people, their personal balance sheets are better now than they were before the pandemic. Both men also noted that employment numbers have been strong. “The data is saying that the consumer is in good shape,” Batnick repeated.

Brown joked that Fed chair Jerome Powell’s decision to get aggressive against inflation by raising the benchmark federal-funds rate by 0.75 percentage point on Wednesday reminded him of a student trying to get extra credit after procrastinating all year. 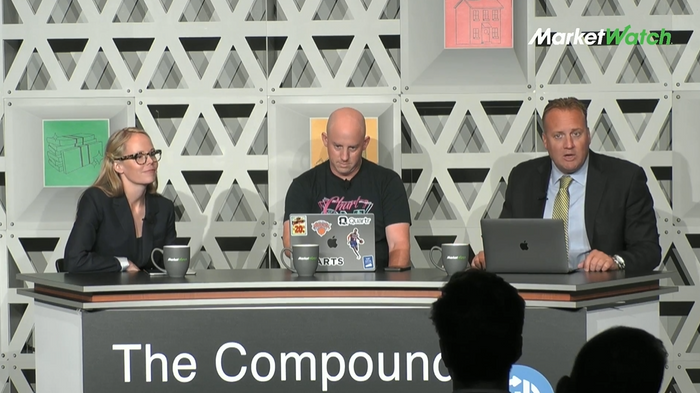 “Jerome Powell is like the guy that missed all of his homework assignments the whole year, and then as a treat for the teacher, on the last day of school he comes in and he’s written a rock opera, and he’s gonna perform it,” he said, getting a big laugh from the crowd.

That’s because housing touches on so many different parts of the U.S. economy outside of real estate, including lending and financial institutions, construction and renovation, as well as legal work, he noted. “It’s been said anywhere between 15% to 18% of the U.S. economy has something to do with housing,” he said.

On the flip side, Brown and Batnick suggested that a recession could be bullish for commercial real estate, as worried employees — especially those in the financial industry — could feel too insecure to keep “quiet quitting” or demanding that they continue to be able to work from anywhere. A recession could drive worried workers back into the office and return some leverage to employers.

“Last year was an environment in which you could stick up a middle finger to your boss if you were in finance. A lot of people were like, ‘Hey, you know what, actually, I’m gonna be in the Hamptons this summer. This is where I do my job from now,’” said Brown.

“In a recession, it’s sing for your supper again,” he continued. “And you want face-time with your boss, and you want to be in the peripheral vision of the executives. So paradoxically, the best thing that could happen for a company, assuming their own balance sheet is OK, is a recession — especially in finance, because then all of a sudden, you’ll see buildings fill up with employees again very quickly.”

And Brown noted that while many investors and consumers are feeling “unhappy” and spooked by the headlines right now, it’s actually a prime time to invest in the market while many stocks are priced lower than they have been in years. He called it the paradox of investing.

““Just appreciate the moment that you’re in. It doesn’t feel great, but the opportunities are presenting themselves now.” ”

“The Reformed Broker” session featuring Brown and Batnick was one of the many events at MarketWatch’s inaugural Best New Ideas in Money Festival this week. MarketWatch’s top editors have been hosting Q&As with investing legends and entrepreneurs like Carl Icahn and Ray Dalio to hear their financial advice. And there have been sessions covering hot sectors like crypto and cannabis, workshops to manage your money like a pro and more.

Get insights on investing and managing your finances. Speakers include investors Josh Brown and Vivek Ramaswamy; plus topics such as ESG investing, EVs, space and fintech. The Best New Ideas in Money Festival continues Thursday. Register to attend in person or virtually.