In an emergency hearing Tuesday morning, a U.S. district court judge ruled bankrupt crypto hedge fund Three Arrows Capital may not transfer or dispose its assets located in the U.S. as court-appointed liquidators seek to appraise those assets.

The ruling follows an emergency motion from Friday in which liquidators in the case accused the firm’s founders — Su Zhu and Kyle Davies — of not cooperating with legal proceedings.

Their whereabouts also remain unknown, raising concerns the founders could abscond with the firm’s assets.

“We don’t know where they’re located today,” Adam Goldberg, the attorney representing the team in charge of the Three Arrows liquidation, acknowledged during the hearing.

The firm filed Chapter 15 bankruptcy on July 1. How much it can offer creditors will in some cases determine how much those companies — such as the bankrupt Voyager Digital — can ultimately give back to their customers.

Voyager has proposed a plan to repay its own unsecured creditors in cash and cryptocurrencies. Given the firm has limited funds, their insolvency problems bode poorly for issuing a token or security as repayment. Some repayment of their more than $650 million loan to Three Arrows may represent their creditors’ best chance for financial compensation. 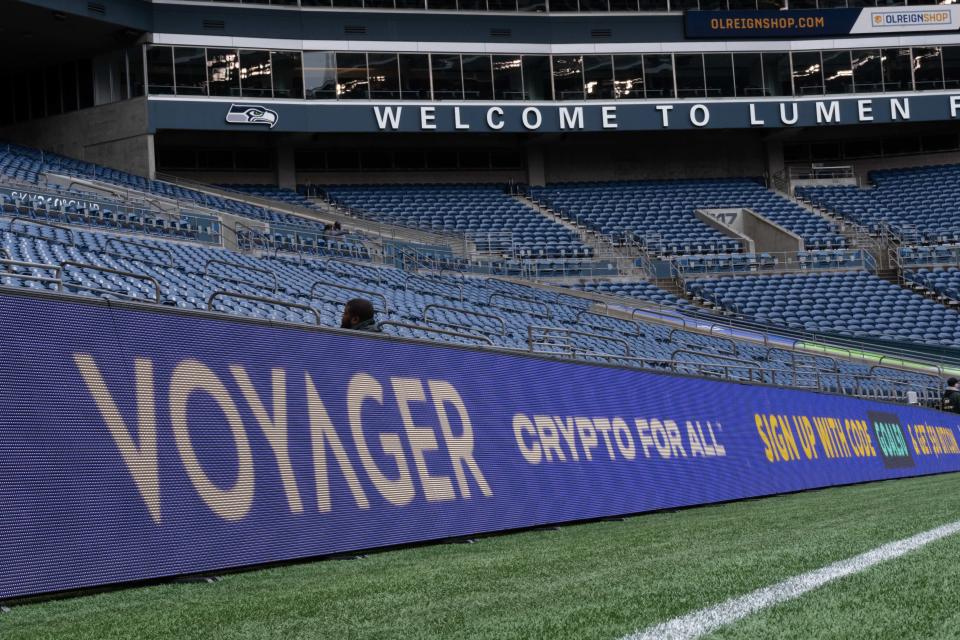 A Voyager LED reader board is pictured before a match between the San Diego Wave and OL Reign at Lumen Field. Stephen Brashear-USA TODAY Sports

In Tuesday’s hearing, Glenn Martin, a judge for the Southern District of New York overseeing the firm’s Chapter 15 bankruptcy, made a ruling that prevents the firm from transferring or disposing its assets located in the U.S.

Legal parties representing financially insolvent companies file Chapter 15 bankruptcy in the U.S. for legal entities based outside the country to reduce the risk their foreign status will jeopardize whether creditors and stakeholders can recover any of their funds.

Goldberg, a partner with the law firm Latham & Watkins, said his team is looking to subpoena the founders in addition to banks, crypto firms, and other institutions Three Arrows has done business with to appraise the firm’s remaining assets.

According to Goldberg, the only U.S. assets of Three Arrows found so far include a legal retainer with the New York law firm Dan Tan Law as well as “rights under a variety of New York law loan agreements.”

“As our investigation continues, we will provide evidence to the court of any additional assets that we can locate and document for the court in the United States,” Goldberg added.

Three Arrows managed $10 billion in assets as of March. By April 2022, the figure was estimated to have fallen to $3 billion according to numerous court documents filed since July 1.

Neither Zhu or Davies responded to request for comments.

Earlier this year, the firm invested over $200 million in Terra’s Luna tokens, Davies said in a June 17 interview with the Wall Street Journal. Over the first half of May, a bank run on Luna’s sister coin, UST, which was designed as an “algorithmic stablecoin” pegged to the value of Luna, plunged from $85 to less than a penny in one week.

The implosion of Terra’s ecosystem and the resulting collapse of Three Arrows continue to reverberate around the crypto world, in what some are comparing to the collapse of Bear Sterns and Lehman Brothers during the financial crisis.

A report from blockchain analytics platform Nansen found that the firm also took losses from an Ethereum derivative known as “staked ether.”

After having borrowed hundreds of millions of dollars from crypto lenders including Genesis Trading, BlockFi, Blockchain.com, BitMEX, and the insolvent crypto broker Voyager Digital, both Three Arrows co-founders went silent starting the week of June 12.

Hours before Tuesday’s hearing, Zhu broke his silence over Twitter, accusing the legal representation of Three Arrows lenders of “baiting” the firm.

Along with the statement, Zhu attached a note from Advocatus Law, a Singapore firm representing Three Arrows, which agreed to hand over a spreadsheet disclosing some of its assets with the promise to offer more financial details on a “rolling basis.”

Citing scrutiny from the Monetary Authority of Singapore as well as “threats of physical violence” against their families, Christopher Daniel, a managing partner with Advocatus representing Three Arrows wrote: “They have been working under a lot of time pressure.”

Still, the question remains: where in the world are Zhu and Davies?