Kellogg has a new idea for extracting value from its vast portfolio of foods such as Frosted Flakes, Pringles, and Morningstar plant-based food: Break the company up and let each business chart their own paths for the future of food consumption.

“I don’t think [being a massive food conglomerate] works as well as perhaps it worked in the past because big for big’s sake doesn’t really make a lot of sense to me,” Kellogg CEO Steve Cahillane said on Yahoo Finance Live (video above) said, later adding: “Size for size’s sake doesn’t make sense. But scale when it’s strategic and gives real advantages, I think still does make sense.”

“It was an extraordinarily weighty decision, to say the least — a 116-year tradition started by Mr. Kellogg,” Cahillane said, adding: “The Kellogg name is incredibly important.” 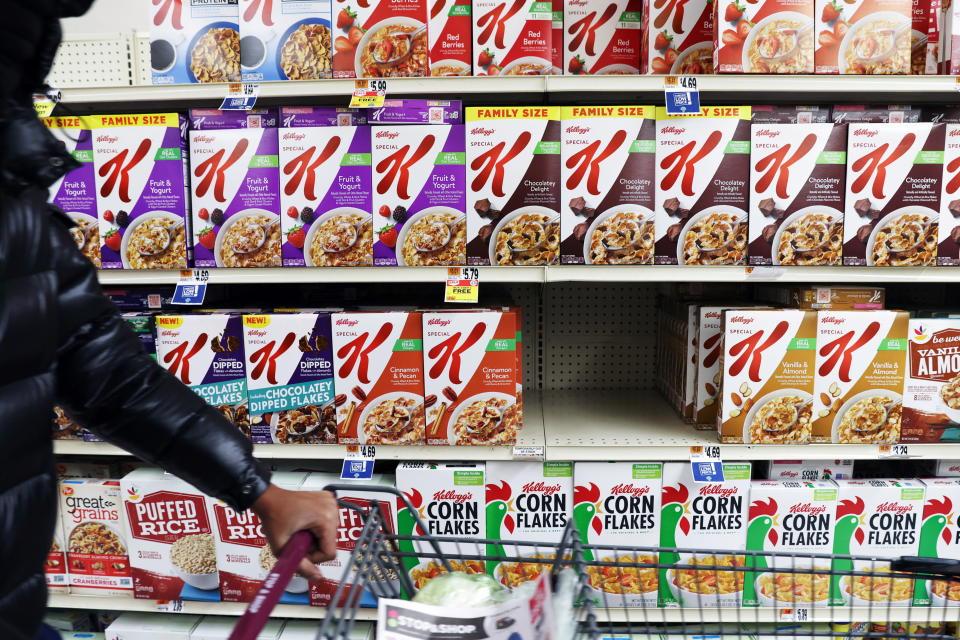 A person walks by a display of Kellogg’s cereals, owned by Kellogg Company, in a store in Queens, New York City, U.S., February 7, 2022. REUTERS/Andrew Kelly

Cahillane plans to run the snacking business, given his specific expertise, with other appointments expected later for the other two businesses. Kellogg didn’t rule out a potential sale of its plant-based food business at some point. A completion of the reorganization is slated for sometime in 2023.

The move by Kellogg’s comes as the food giant has seen improved momentum in the face of supply chain challenges and bruising inflation.

Kellogg’s first quarter organic net sales rose 4.2% from a year ago while adjusted operating profits gained 13.3%. Sales were paced by brands such as Pringles, Cheez-Its, and Eggo waffles while the well-known cereal business grew at a slower pace. The company also raised its full-year earnings growth guidance to a range of 1% to 2% from 1% previously.

Wall Street generally praised Kellogg for its first quarter performance but voiced some concern on margins moving forward as inflation heats up.

“We were impressed by Kellogg’s 1Q and by management’s optimism, but we remain on the sideline in the face of decade-high inflation and what could be some ephemerality to 1Q’s volume growth,” JP Morgan analyst Ken Goldman stated in a research note to clients.