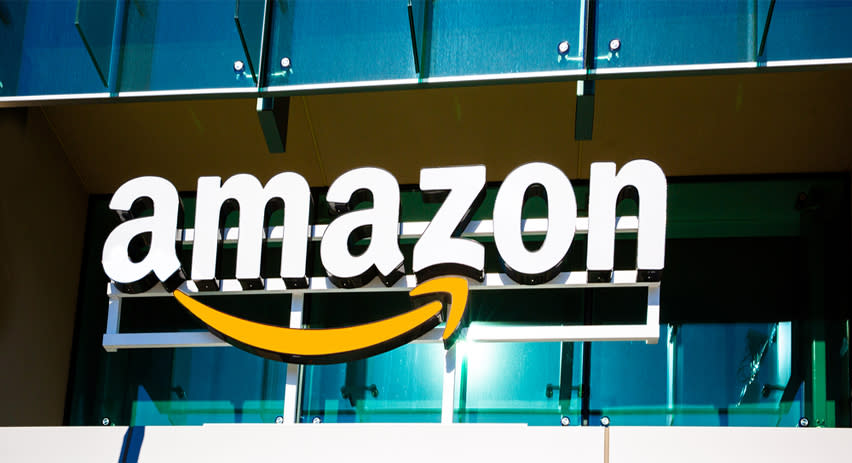 Earnings season is in full swing — and a range of notable names are lined up to report results today. One worth watching is none other than Amazon (AMZN).

Amazon hasn’t had a great year, with shares falling 27%, as a host of factors, including soaring inflation, ongoing supply chain woes, fears of a recession and rising competition have all taken their toll, and have driven sentiment lower.

Heading into the print, Wedbush’s Michael Pachter expects Amazon to deliver revenue of $121 billion, above the Street’s forecast for $119.4 billion, and right at the top end of the company’s guidance of $116 – 121 billion.

However, while Pachter refrains from making any changes to his forecast, he concedes it “may prove overly optimistic.”

This is because of the aggressive uptick in the U.S. inflation rate, which, amounting to a new four-decade high, surpassed 9% in June. The previous quarter’s average stood at 8%, while it was only 4.8% in the same period a year ago.

Soaring inflation can actually be beneficial to Amazon, given it leads to “higher pricing and marketplace fees.” Yet, the flip side to that is the “sheer magnitude” of inflation seen in the quarter, which Pachter believes “directly led to lower consumer discretionary spending.”

The analyst has the data to back up his claims. “Our belief is supported by the University of Michigan’s Consumer Sentiment Index, which reported the lowest U.S. consumer sentiment in June since 1952 and was used to help justify a 0.75 percentage point interest rate hike in mid-June,” he explained.

Rising inflation along with labor costs are also expected to weigh on the profitability profile, with Pachter believing “incremental costs may be higher than expected, leading to profits at the low end.”

All in all, the analyst maintains an Outperform (i.e. Buy) rating on Amazon shares, while his $175 price target implies room for ~45% growth over the coming year. (To watch Pachter’s track record, click here)

Looking at the consensus breakdown, there are currently 41 analyst reviews on file and all but one say Buy, naturally leading to a Strong Buy consensus rating. The average price target is only slightly lower than Pachter’s objective; at $171.84, the shares are expected to generate returns of ~42% over the 12-month timeframe. (See Amazon stock forecast on TipRanks) 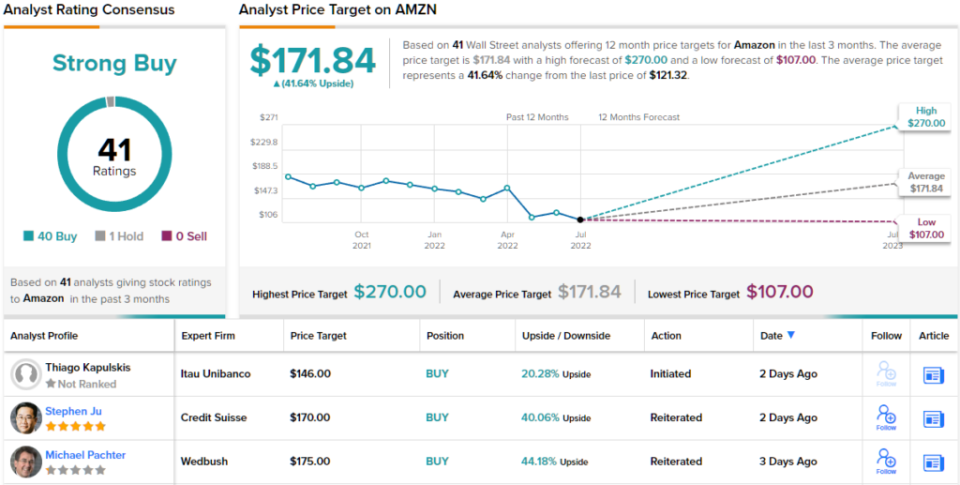