MicroStrategy (MSTR) announced on Tuesday its founder and CEO Michael Saylor will step down from the top job and take a new post as executive chairman, focused on the company’s bitcoin strategy.

Phong Le, the company’s president, will take over in the CEO role.

MicroStrategy reported quarterly results that were light of Wall Street estimates on Tuesday, with revenue coming at $122.1 million against expectations for $126 million. Losses in the quarter totaled $918.1 million, with $917.8 million attributable to the company’s bitcoin holdings.

In a statement, MicroStrategy said Saylor will focus primarily on, “innovation and long-term corporate strategy, while continuing to provide oversight of the Company’s bitcoin acquisition strategy.”

“As Executive Chairman I will be able to focus more on our bitcoin acquisition strategy and related bitcoin advocacy initiatives, while Phong will be empowered as CEO to manage overall corporate operations,” Saylor said in a statement. 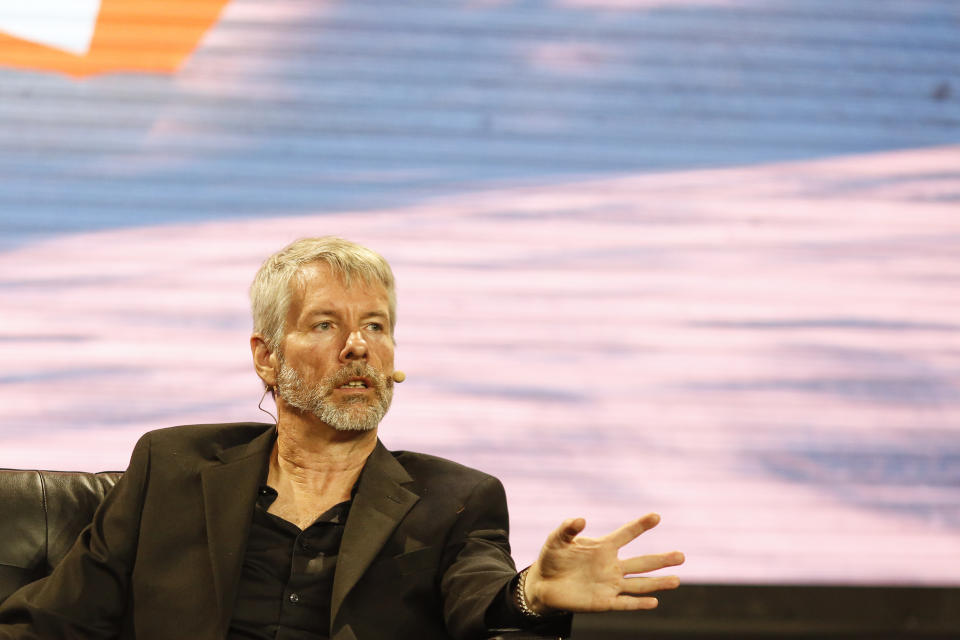 At the end of Q2, the carrying value of MicroStrategy’s digital assets (comprised of approximately 129,699 bitcoins) was $1.988 billion, which reflects cumulative impairment losses of $1.989 billion since acquisition and an average carrying amount per bitcoin of approximately $15,326, the company said in a statement.

The original cost basis and market value of MicroStrategy’s bitcoin were $3.977 billion and $2.451 billion, respectively, which reflects an average cost per bitcoin of approximately $30,664 and a market price per bitcoin of $18,895.02, respectively.

While not reflective of the current value of the company’s bitcoin investment, the impairment offers the latest evidence for how rough the crypto market has been for bitcoin’s largest known corporate holder.

Since first buying bitcoin during the third quarter of 2020, MicroStrategy has invested over $4 billion into the cryptocurrency. To do that, it’s issued corporate debt, convertible bonds, issued stock, and taken out a loan with some of its bitcoin.

MicroStrategy shares were little-changed in after hours trading following this announcement. Through Tuesday’s close, the stock has gained over 60% over the past month yet remains down roughly 50% year-to-date.

Charges related to the company’s bitcoin position also doesn’t tell the company’s full story according to Mark Palmer, an analyst with BTIG who calls it “accounting noise.”

Based on Generally Accepted Accounting Principles (GAAP), MicroStrategy must account for its bitcoin purchases by recording their initial cost with a mark down if bitcoin’s value declines.

Under these rules, bitcoin’s value from the quarter’s low to its end cannot be reported unless the asset is sold thus the impairment charge reflects bitcoin’s lowest value during the previous quarter, not its market value at the second quarter’s end.

“The reality is that the overwhelming driver, the value of MicroStrategy is the company’s Bitcoin holdings. The driver of that, of course, is the price of Bitcoin at any point in time,” Palmer added.

Since bitcoin’s value began plummeting in May, investors have sold shares of MSTR short at an increasing pace. Between May and July 14, the amount of MSTR shares shorted has risen by 1.19 million from 2.4 to 3.6 million shares, reaching a notional value of over $1 billion in short positions according to Yahoo Finance data.

“Our people and our brand carry incredible momentum. I would like to reinforce our commitment to our customers, shareholders, partners and employees, and I look forward to leading the organization for the long-term health and growth of our enterprise software and bitcoin acquisition strategies,” said Le in the release.