Microsoft (MSFT) reported its fiscal Q4 earnings on Tuesday, missing investors’ expectations on the top and bottom line. The company also missed on expectations for its all important Intelligent Cloud business.

Here are the most important numbers from the announcement compared to what Wall Street was expecting, as compiled by Bloomberg.

Shares of Microsoft were down more than 1% after the announcement.

The company cited a number of factors that affected its financial results — including the war in Ukraine; an unfavorable foreign exchange rate environment; and prolonged COVID shutdowns in China. Microsoft also noted that advertisers were spending less money, which affected its search business and the professional network it owns, LinkedIn.

“As we begin a new fiscal year, we remain committed to balancing operational discipline with continued investments in key strategic areas to drive future growth,” Microsoft CFO Amy Hood said in a statement.

Despite the miss in the company’s Intelligent Cloud business, Microsoft said Azure and other cloud services revenue was up 40% year-over-year.

Microsoft’s announcement comes as the broader tech market faces a major rout, and as companies announce hiring slowdowns and layoffs. Earlier this month, Microsoft moved to lay off less than 1% of its workforce, according to Bloomberg. The company also announced that it was slowing hiring moving forward. 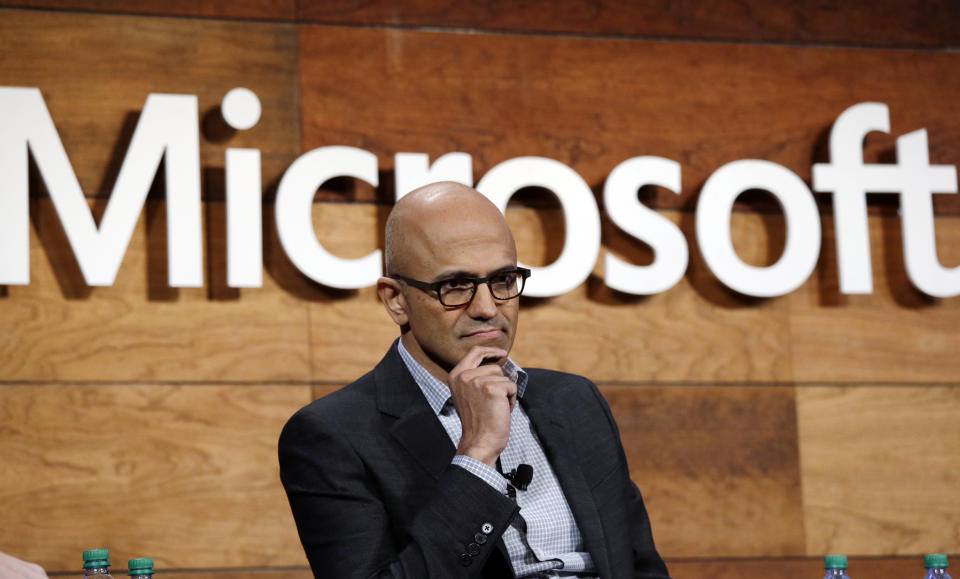 Shares of Microsoft are down 23% year-to-date, roughly in line with cloud computing business rival Amazon. The Seattle-based tech firm’s stock price is off 27%. The S&P 500, meanwhile, is down 17% on the year.

Shares of Google parent Alphabet — which has a growing cloud business but still draws most of its revenue from its ad business — are off 25%.

Microsoft’s earnings follow news that it will serve as the technology provider for Netflix’s upcoming ad-supported subscription tier. But analysts from both Needham and Goldman Sachs told Yahoo Finance they’re skeptical of the move, with Needham’s Laura Martin speculating that the team up is part of a long-term Netflix strategy to get Microsoft to buy the streaming business.

Correction: An earlier version of this article said that revenue came in at $5 billion. In fact, it was $51.9 billion.