The lawsuit, filed Wednesday by Letitia James, accuses Mr. Trump, three of his adult children, his company and two of its longtime officials of participating in a decadelong scheme to falsify financial statements for economic gain. Ms. James, a Democrat, alleges the defendants made illegitimate and misleading valuations of 23 properties and assets, from a golf club in Scotland to several properties in New York.

The allegedly fraudulent representations allowed the Trumps to secure economic benefits, including favorable loan terms and insurance rates, that they wouldn’t have otherwise qualified for, the suit alleges.

Mr. Trump, who faces other legal inquiries, and his company have denied wrongdoing. The former Republican president and his two adult sons have portrayed the case as motivated by politics. A lawyer for Ivanka Trump declined to comment. The Trump Organization has said banks weren’t harmed and didn’t take issue with the loans in question.

Ms. James’s complaint is anchored by a longstanding New York law that gives the attorney general broad powers to combat “persistent fraud or illegality in the carrying on, conducting or transaction of business.” The lawsuit is seeking significant penalties that could curtail the company’s operations in New York. 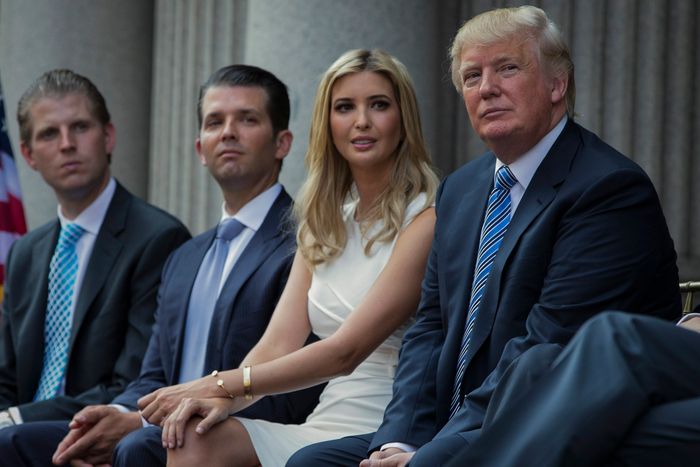 One challenge of valuation-fraud cases is they can turn into battles of experts, since appraisers can plausibly reach different conclusions, lawyers said. Some allegations in Ms. James’s complaint may fall in this category, though other allegations in the suit make more pronounced accusations of fraud, they said.

“There is a lot of wiggle room in certain of these valuations,” said Sarah Krissoff, a former federal prosecutor now at Day Pitney LLP. “What the attorney general did well here is provide such stark examples and show this pattern over time.”

Among the properties it cited, the lawsuit said that bank-ordered appraisals valued 40 Wall St., an office building in Manhattan, at $200 million in 2010 and $220 million in 2012. The 2011 Trump financial statement valued the property at $524 million and a year later at $527 million, the suit alleged.

Ms. James also cited the Trumps’ family Mar-a-Lago property. The suit alleges the Trumps valued it as high as $739 million, despite development restrictions. The property is likely worth about $75 million, the lawsuit said.

Donald Trump said he invoked his Fifth Amendment rights and declined to answer questions from the New York attorney general at a scheduled deposition in August. WSJ’s Corinne Ramey explains what to know about the investigation into the financial dealings of the former president and his business. Photo illustration: Laura Kammermann

Eric Trump on Twitter called that assertion “asinine” and wrote, with crying emojis, “If you’re interested in selling Mar a Lago for $75mm I’m first in line.”

Ms. James is asking a New York court to order the return of what she said were $250 million in ill-gotten gains. More broadly, she is asking a judge for remedies that could diminish the Trumps’ business dealings in the state, including a permanent bar on Mr. Trump and the three children from serving as officers of companies in the state and five-year bans on the former president and his company from entering into New York commercial-real estate transactions or applying for loans with institutions registered in the state.

Demands for bans have become more frequent in recent years, said Brian Mahanna, a former senior official at the New York attorney general’s office who is now a partner at law firm WilmerHale.

“State attorneys general have increasingly been seeking to bar wrongdoers from their industry, not just seeking to get their companies to disgorge the profits of their executives’ wrongdoing,” he said.

The most significant remedy requested by Ms. James is the cancellation of certificates that allow Trump businesses to operate in the state, said Daniel Horwitz, a former Manhattan prosecutor who is now a partner at McLaughlin & Stern LLP.

“What’s extraordinary is she is essentially seeking to take ownership of the company away from the Trumps by revoking the business certification,” Mr. Horwitz said. “She’s trying to give the boot to the Trumps in New York.”

In a prior Trump-related case, the New York attorney general’s office in 2018 sued the Trump Foundation on allegations that Mr. Trump used his family foundation to further his 2016 campaign, pay legal settlements and promote his businesses.

As a result of agreements stemming from the lawsuit, the family’s charity was required to dissolve under a judge’s supervision and the three Trump children were required to undergo mandatory training about charities.

In another recent high-profile case, one of Ms. James’s most ambitious requests in court fell short. A judge in March denied Ms. James’s attempt to dissolve the National Rifle Association as part of a continuing lawsuit alleging officials violated the state’s nonprofit laws. The NRA has denied wrongdoing.

The judge said the attorney general’s lawsuit “does not allege the type of public harm that is the legal linchpin for imposing the ‘corporate death penalty.’ ”

Write to Corinne Ramey at Corinne.Ramey@wsj.com