Whether you’ve filed for an extension, or you’re trying to get ahead of the 2023 tax deadline, now is a good time for small businesses to better understand the Section 179 Deduction.

What is Section 179 Deduction?

Section 179 Deduction allows businesses to take a larger upfront deduction on items that are directly related to the business and depreciate over time, like work vehicles or equipment.

Pros and Cons of Section 179 Deduction

Tax experts say that there are pros and cons to the Section 179 Deduction. “It has the advantage of freeing up cash a lot quicker, says Jeffrey Levine, CPA and Tax Expert for Buckingham Strategic Wealth. The downside, he says, “You could end up pushing yourself into lower brackets.”

Watch the video for more pros and cons or read the transcript below. 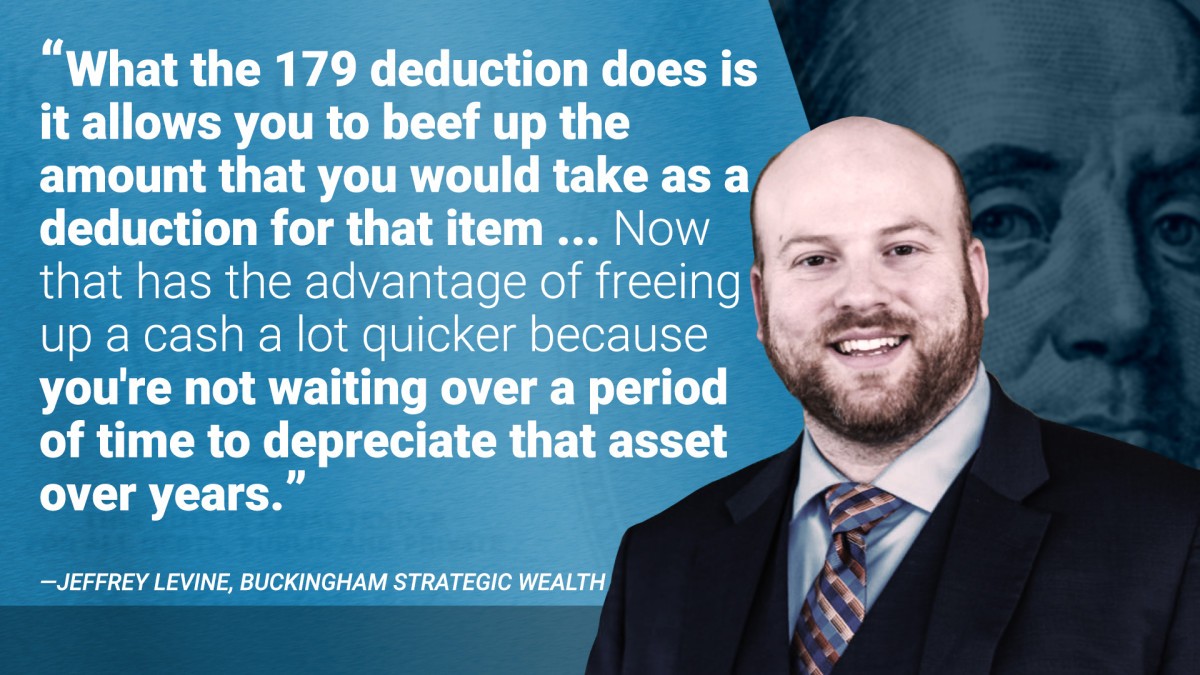 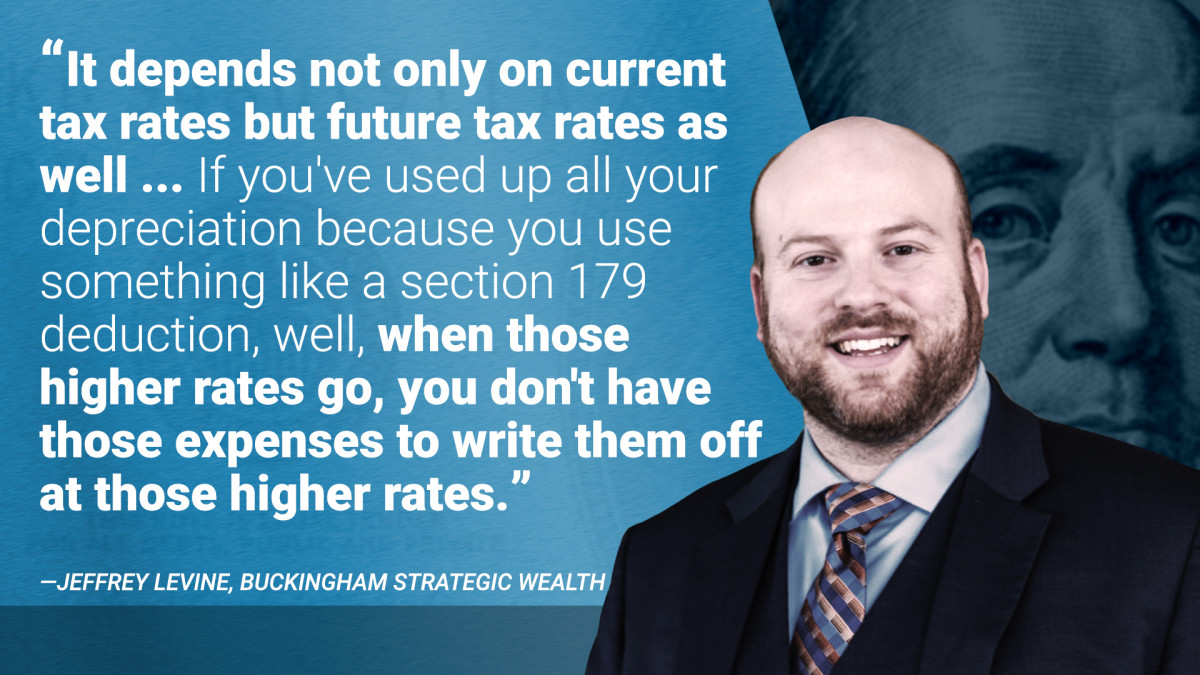 Jeffrey Levine: Yeah, so a section 179 allows you to take a larger upfront deduction for certain depreciable items. So when we’re thinking about property, right, something that has a lifetime, think of the desk, for instance, that’s in my room. Well, you generally don’t expense a desk all at once. You would say the desk has a lifetime. And so for argument’s sake, over the next five years, we will treat the $1,000 desk as being a $200 expense per year, right? That’s an example of depreciation.

What the 179 deduction does is it allows you to kind of beef up the amount that you would take as a deduction for that item, but to actually write off the full thing in one year. Now that has the advantage of freeing up cash a lot quicker because you’re not waiting over a period of time to depreciate that asset over years. The downside to it, though, is that by taking a significant 179 deduction, you may end up depreciating too much and push yourself into lower brackets. For instance, maybe you’re depreciating some at the 32% bracket, or 33% bracket, but when you go ahead rather and 179 deductions it, or use the 179 deductions, you end up taking a much larger deduction that now not only are you writing off amounts at 33 percent, but you’re writing off amounts at 24%, and maybe even 22%, if it’s a large enough section 179 deduction.

So the question is, is it better to take a smaller deduction but over a number of years? So that the total amount is still equal, but you’re spacing it out so that it’s always offsetting your highest level income? Or are you better off taking a much larger deduction upfront, thereby freeing up more cash initially, but maybe using it to offset some income that would otherwise be taxed at lower rates? This is one where you want to work with your CPA or tax preparer. It’s also worth noting that it depends not only on current tax rates but future tax rates as well. Because if future tax rates rise, and you have depreciation to write off in those years, you can write off income at those higher rates. Whereas if you’ve used up all your depreciation because you use something like a section 179 deduction, well, when those higher rates go, you don’t have those expenses to wr