Editor’s Note: This post is breaking and will be updated

Spotify (SPOT) reported its fiscal second quarter earnings on Wednesday before the bell as the platform doubles down on podcasts amid an increasingly crowded music streaming landscape.

Total paid subscribers came in at 188 million, an increase from the first quarter’s 182 million and slightly above estimates of 187 million.

“While we continue to monitor the uncertain macro environment, we are very pleased with the resilience of the business, particularly our strength in MAUs and Subscribers,” executives said in the earnings release, although it did note an “intention to reduce hiring growth for the back half of 2022 by 25%” while monitoring macroeconomic conditions.

Spotify reported gross margins of 24.6%, missing estimates of 25.2% as the streamer spends big on non-music content. The company anticipates gross margins to climb higher in the third quarter, with guidance set at 25.2%.

As of the end of Q2, Spotify had 4.4 million podcasts on the platform, up from 4 million in the first quarter.

The number of MAUs that engaged with podcasts grew in the substantial double-digits year-over-year. Per user podcast consumption rates also continued to rise, with the company saying it plans to “accelerate expansion” into audiobooks.

Still, costs remain a concern as Spotify has “been a public company for a while, and they’ve really never been profitable,” CFRA analyst John Freeman previously told Yahoo Finance.

He signaled that the platform’s sky-high costs for its podcast deals (which included a reported $200 million multi-year licensing contract with Joe Rogan) can only go so far.

“The problem with paying Joe Rogan, or whoever, a lot of money is that you lose leverage on a certain percentage of your subscriber base and it then becomes the ‘Joe Rogan show,”http://finance.yahoo.com/” the analyst explained.

He added, “I have no problem with them sacrificing growth — if they can show some profitability.”

Investors seem to have similar concerns with shares tumbling by more than 50% so far in 2022 and by about 70% since reaching an all-time high in February 2021. 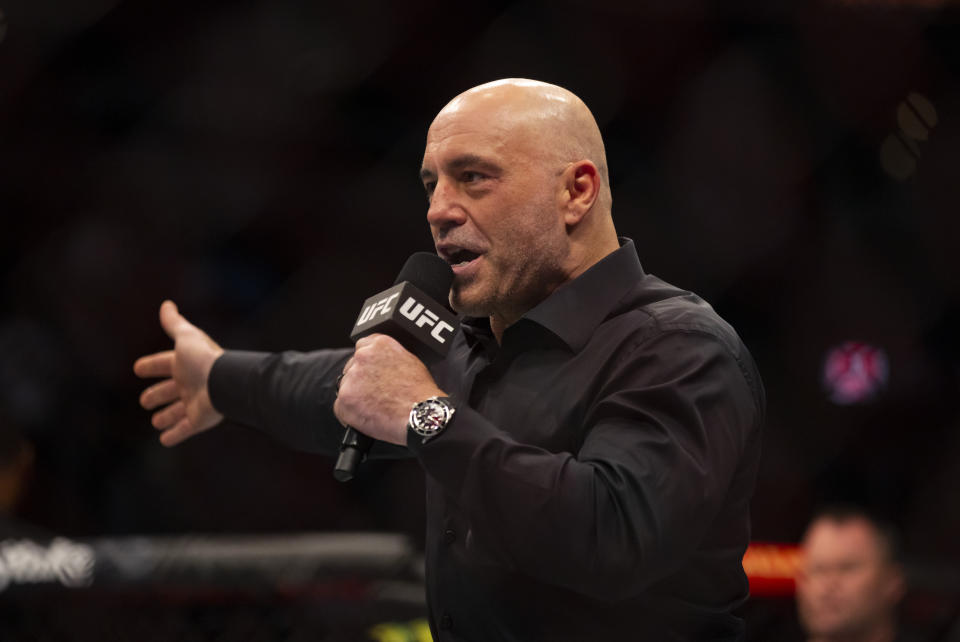 The company attempted to revive sentiment during its most recent investor day, revealing that it brought in roughly $215 million in podcast revenue last year.

Spotify’s chief content and advertising business officer Dawn Ostroff told investors that the audio giant is still in “investment mode” after spending a whopping $1 billion on its podcast unit so far; yet, she expects the business to be a “$20 billion opportunity” with continued improvements in both ad products and monetization.

CEO Daniel Ek also underscored the potential of the platform’s podcast unit, estimating that he expects it to generate margins between 40% to 50%.

Nevertheless, the company has experienced some setbacks related to its podcast endeavors.

The Obamas, who signed a three-year deal with Spotify in 2019, recently decided against renewing its contract with the streaming giant, opting for rival Audible, instead.

Additionally, Alex Goldman and Emmanuel Dzotsi — hosts of the popular podcast “Reply All” — left the show “to explore opportunities” outside of production company Gimlet. The last episode aired June 23.

Analysts also remain cautious as a possible recession could cause a pull-back in advertising revenue. One executive told CNBC a 20% retreat is possible by year-end.

I have no problem with [Spotify] sacrificing growth — if they can show some profitability…John Freeman, CFRA analyst

Spotify has battled a slew of analyst headwinds in recent months, including downgrades from Goldman Sachs, Loop Capital, Pivotal Research and Guggenheim.

According to TipRanks, Wall Street price targets range from a low of $103 per share to a high of $230 per share. The stock’s average price target of $147 suggests an upside of more than 30% with shares currently trading between $105 to $110.