Stocks are on pace for an up week if gains hold through Friday’s close. Last week, the S&P 500 fell 5.8%, the most since March 2020, and marking the benchmark’s second back-to-back weekly loss of more than 5%.

U.S. jobless claims remained near five-month high last week in a tentative sign the labor market may be starting to cool. The Labor Department reported Thursday that applications for unemployment insurance totaled 229,000 for the week ended June 18. Economists surveyed by Bloomberg anticipated claims to come in at 226,000.

Elsewhere in economic data, the preliminary S&P Global Composite Purchasing Managers’ Index (PMI) for June came in at 51.2, the weakest level since January and second-weakest reading for the index since the height of the pandemic in mid-2020 — another sign of possible economic deterioration.

Fed Chair Powell is in the spotlight again Thursday as he delivers remarks on monetary policy and inflation in his second day of testimony before lawmakers.

The U.S. central bank leader on Wednesday told the Senate Banking Committee in prepared comments that the Fed is “strongly committed” to bringing down inflation, slightly toning down language from last week that indicated its fight against inflation is “unconditional.”

Powell also conceded in his testimony that a recession was a “possibility” and acknowledged that a soft landing would be a “very challenging” feat in the Fed’s fight to restore price stability. 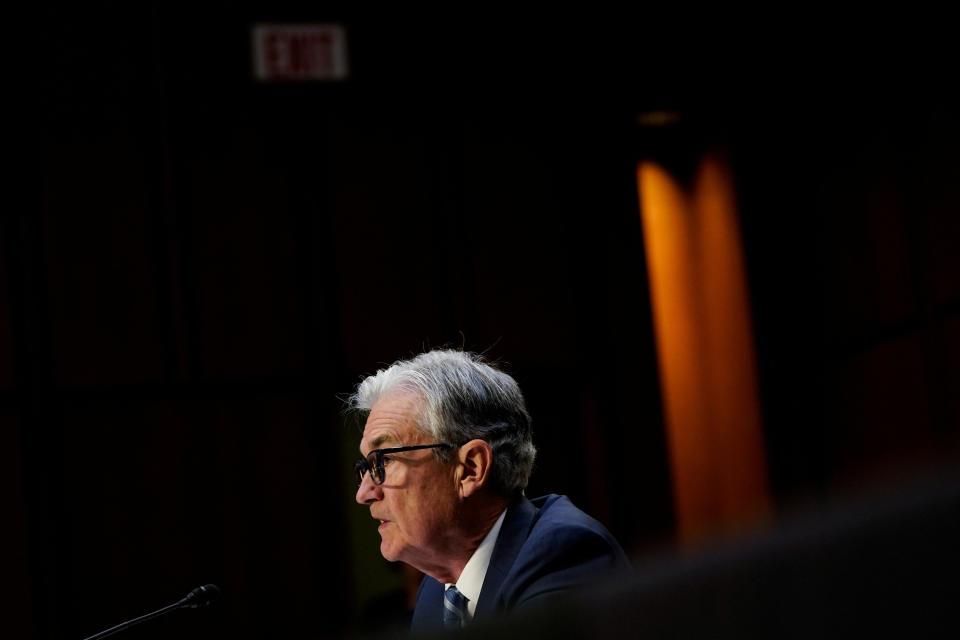 “The Fed is behind — they’ve been behind for a while,” Claro Advisors’ Ryan Belanger told Yahoo Finance Live on Wednesday. “They’ve got their work cut out for them […] the soft landing speak is somewhat of a myth.”

Earlier this week, strategists at BlackRock warned that a recession appears all but inevitable in the Fed’s path forward, arguing that the current interest rate hiking campaign is likely to stall economic growth without necessarily solving the inflation issue.

“The Fed isn’t looking for a recession, even though in our view one would be needed if it wanted to drive inflation back down to 2%,” the firm stated.

Other Wall Street heavyweights have also ramped up recession talks, with warnings from economists at Citi, Goldman Sachs, and Deutsche Bank this week.