The week ahead will bring to an end the second quarter and the first half of what has been a challenging 2022 for investors.

The S&P 500 rose by more than 3% on Friday and gained over 6% for the week, its second-best week this year and its first weekly rise since late May.

“As bad as [this year] has been for investors, the good news is previous years that were down at least 15% at the midway point to the year saw the final six months higher every single time, with an average return of nearly 24%,” LPL Financial chief market strategist Ryan Detrick noted earlier this week.

And indeed, investors remain generally optimistic that a rebound is ahead despite this year’s downturn.

Although analysts have lowered their price targets on S&P 500 companies in recent months — bringing the consensus bottom-up target price for the index below 5,000 for the first time since August 2021 — the estimate of 4,987.28 as of June 23 remains 31.4% above the closing price of the same day’s closing price of 3,795.73, according to data from FactSet.

This suggests analysts expect the index to rise by more than 30% in the next 12 months. 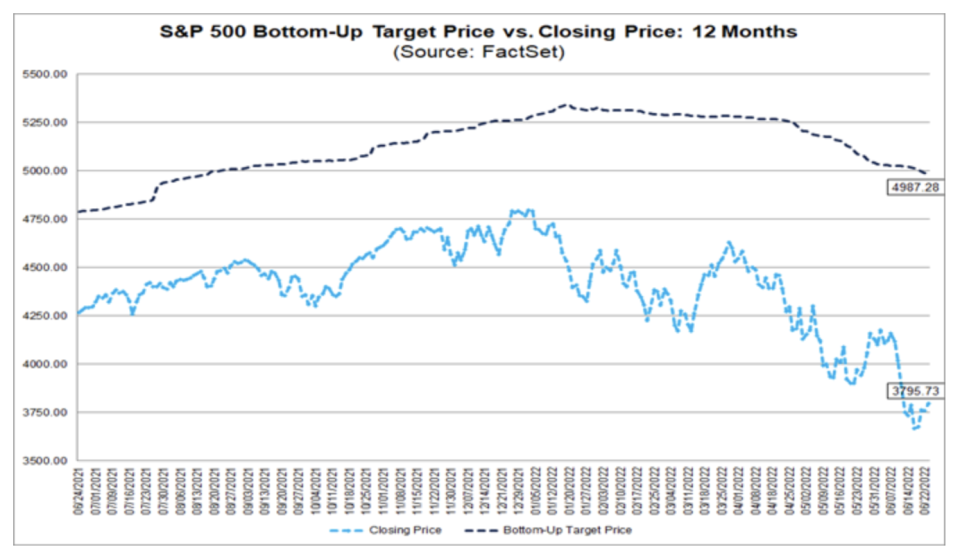 The S&P 500 bottom-up target price. vs. closing price over the past 12 months.

J.P. Morgan strategist Marko Kolanovic indicated in a note to clients Friday that U.S. equities may climb as much as 7% next week as investors rebalance portfolios amid the end of the month, second quarter, and first half of the year.

“Next week’s rebalance is important since equity markets were down significantly over the past month, quarter and six-month time period,” Kolanovic said. “On top of that, the market is in an oversold condition, cash balances are at record levels, and recent market shorting activity reached levels not seen since 2008.”

On the economic calendar, personal consumption expenditures (PCE) data will be closely watched by traders this week. The Bureau of Economic Analysis will release its monthly PCE deflator on Thursday, giving investors the latest view on inflation across the U.S. economy as the Federal Reserve moves up its key benchmark interest rate to tame price increases.

Economists surveyed by Bloomberg expect PCE to rise 0.7% in May compared to 0.2% the prior month. On a year-over-year basis, the PCE deflator is expected to accelerate 6.4%, up from a climb of 6.3% in April.

The core PCE index, which strips out the cost of food and energy, is expected to hold steady from the prior month’s print. Economists are looking for a 5.1% increase in core PCE in May, compared to April’s 5.1% rise. 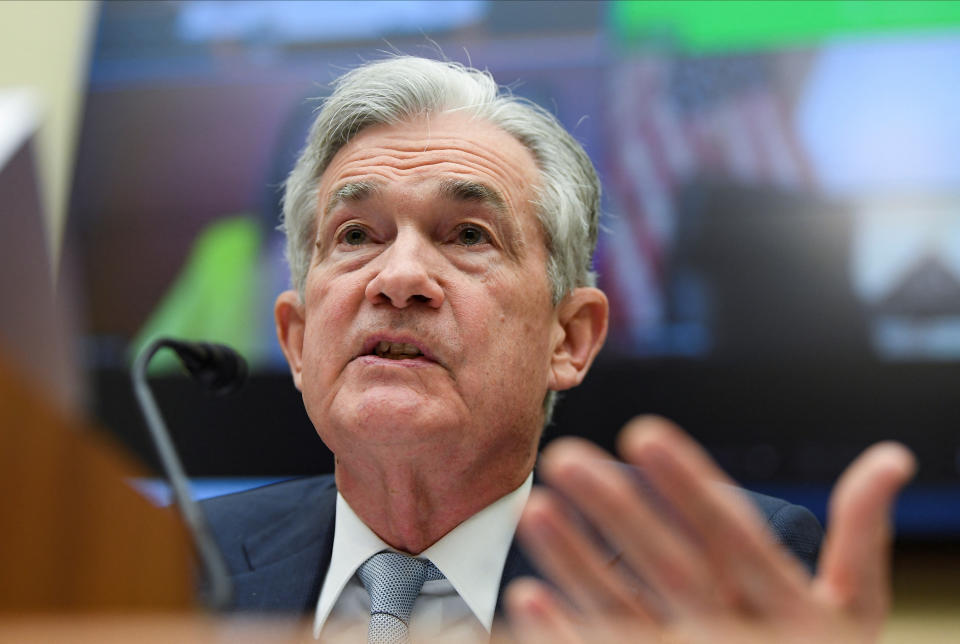 The latest PCE data will come as the U.S. central bank’s fight against inflation looks increasingly more complex, with a growing number of economists and strategists on Wall Street suggesting that the Fed will not be able to rein in prices without tipping the economy into a recession.

“I do worry that the probability of a soft landing, which means you bring down inflation without unduly hurting growth and employment, has declined significantly because of a series of Federal Reserve mistakes,” economist Mohamed El-Erian told Yahoo Finance Live last week.

Elsewhere on the economic calendar, investors will keep a close eye on durable goods figures on Monday, the Conference Board’s consumer confidence reading out Tuesday, and several reports on manufacturing and housing throughout the week. Investors will also get a third and final read on first quarter GDP.

On the earnings side, reports from Nike (NKE), Bed Bath & Beyond (BBBY), Jefferies (JEF), and Micron Technology (MU) will feature.

Before market open: No notable reports scheduled for release.

Before market open: No notable reports scheduled for release.

No notable reports scheduled for release.