US stocks fell on Thursday, with the major averages logging steep declines for the month of June, second quarter and first half of 2022 as concerns over heightened inflation and the prospects of a recession weighed heavily on risk assets.

The risk-off mood in equities extended to other asset classes including oil. West Texas intermediate crude futures fell back to just over $105 per barrel and closed out its first monthly decline since November 2021. Bitcoin prices sank below $19,000.

Stocks also held lower during Thursday’s session after new data reflected still-elevated inflation rates and a dip in real consumer spending. Real personal spending fell by a larger-than-expected 0.4% in May after rising 0.7% in April, suggesting consumers were pulling back as prices crept higher. And while core personal consumption expenditures — the Federal Reserve’s preferred inflation gauge — decelerated slightly more than expected in May, the metric still held nearly multi-decade highs. This rose by 4.7% over last year compared to the 4.8% increase anticipated, according to Bloomberg data. Headline inflation, which includes energy and food price changes, also rose slightly less than expected, or at a 6.3% annual rate to match April’s pace.

Equities have been hit hard for months now as investors have weighed persistently hot inflation against risks of an economic downturn, as the Federal Reserve responds to inflation with faster tightening. As Wall Street escalated its warnings for a recession, cyclical sectors more vulnerable to changes in economic activity have lagged. The energy sector — a leader at the beginning of 2022 — was the biggest laggard in the S&P 500, falling 17% in June while still holding onto gains of more than 29% for the year-to-date. And while all 11 major S&P 500 sectors closed out June with losses, the defensive healthcare, consumer staples and utilities sectors typically seen as more resilient in a downturn outperformed.

Federal Reserve Chair Jerome Powell this week reaffirmed that the central bank’s main goal is bringing down inflation running at its fastest rate in over 40 years, suggesting that this aim will take priority over fully preserving activity elsewhere in the economy.

“Is there a risk we would go too far? Certainly there’s a risk,” Powell said at the European Central Bank’s annual economic policy roundtable conference in Portugal on Wednesday. “The bigger mistake to make — let’s put it that way — would be to fail to restore price stability.”

Powell earlier in June suggested either a 50 or 75 basis point interest rate hike would most likely be on the table following the Fed’s July meeting. And in the weeks since, a number of other key central bank officials have affirmed that the latter will probably be the most appropriate option, with inflation and consumer inflation expectations each remaining elevated. 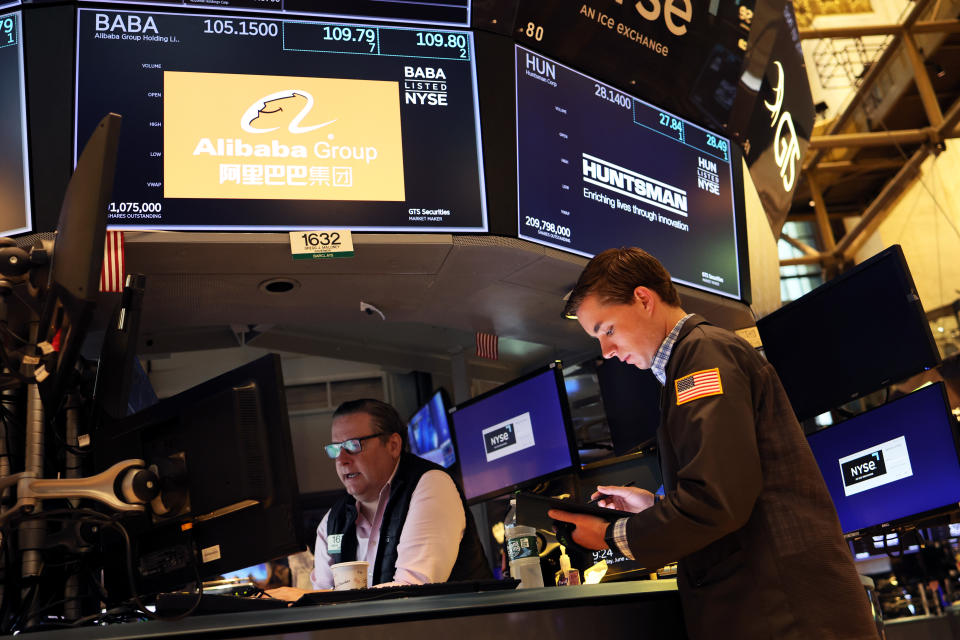