Investors are looking for signs of relief following the worst start to the year for stocks since 1970, with the S&P 500 falling by more than 20 percent since the beginning of the year.

The national average price at the pump has fallen to $4.84 per gallon from over $5 in recent weeks, according to AAA data. And according to Patrick De Haan, GasBuddy’s head of petroleum analysis, and could fall to under $4.80 a gallon by July 4.

Those prices have been one of the biggest contributors to sagging consumer confidence and elevated inflation, so any decline could help.

“Consumers’ grimmer outlook was driven by increasing concerns about inflation, in particular rising gas and food prices,” Lynn Franco, Senior Director of Economic Indicators at The Conference Board, said in a statement accompanying a report showing the lowest reading for consumer expectations since 2013.

Emmanuel added that bond yields are starting to decline after a huge gain this year, dropping by 45 basis points since June 14. Treasury yields generally move inversely to price – and unusually, stock prices and bond prices have been moving in tandem in 2022.

“In a year where a lot of this volatility is being caused by the fact that stocks and bonds, for the first time in 25 years, are consistently moving together, yields declining is a positive,” Emanuel said. 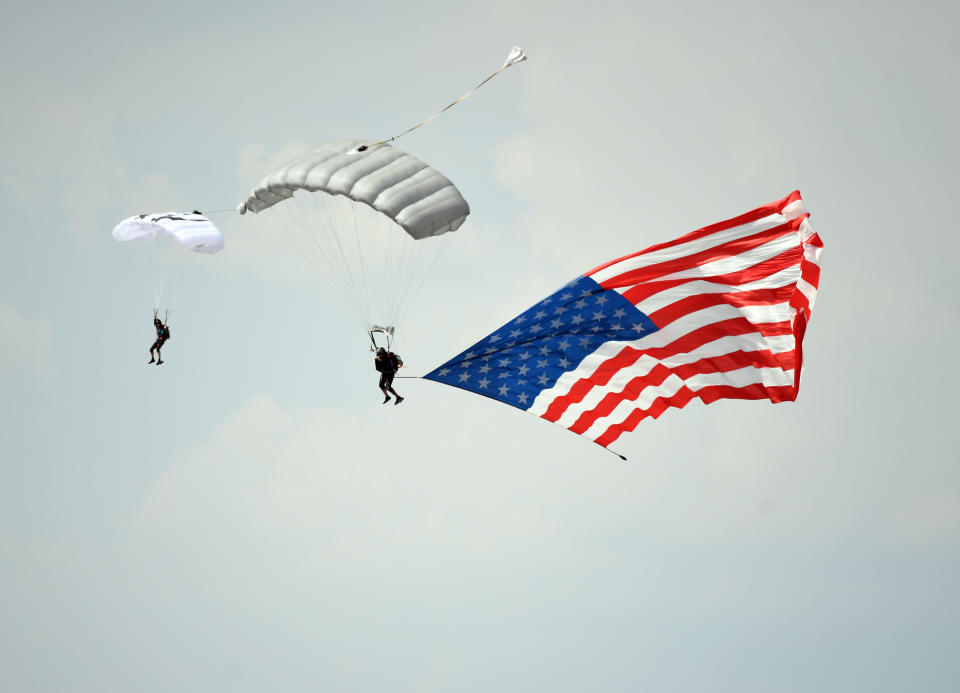 The American flag is flown in before the Ally 400 at Nashville Superspeedway on Jun 26, 2022. (Christopher Hanewinckel-USA TODAY Sports)

And while the economic outlook is still worrisome – Emanuel said most of his clients are asking about an impending recession – that doesn’t mean that there aren’t opportunities in stocks during the second half of the year. In particular, Emmanuel added, companies that have robust cash positions on their balance sheets are a decent bet in this environment.

“If you throw off cash, you’ve got a margin of safety,” he said. “You can return cash to shareholders and you can manage your business better.”

Emanuel, who recently cut his target for the S&P 500 to 4,300 for the end of the year, noted that “odds are it’s going to be better in the second half.”

The 4,300 target for the S&P represents about a 14 percent gain from Thursday’s close.