If a recession takes hold in the U.S. next year, it could get pretty painful for investors. How painful?

In a new note to clients, EvercoreISI strategist Julian Emanuel detailed a bearish scenario for the S&P 500 — fueled by an inflation-driven economic contraction — that would send the S&P 500 spiraling lower to 2,900, which would represent a roughly 30% plunge from current levels.

“Oil prices, first peaking in March then staying elevated … have a history of increasing the probability of a recession,” the veteran strategist wrote, later adding: “And while inflation has probably peaked, recessions have generally begun after the peak in inflationary spikes, with equity market tops occurring 12 months or less prior to a recession’s onset. The average ‘Recession Bear Market’ of the past century has fallen -41.4%. In a year where asset markets are undergoing tectonic shifts, the balance of risks … continue to skew to the downside.”

And while Emanuel doesn’t currently see his bearish scenario as in the cards, he has slashed his 2022 target for the S&P 500 to 4,300 from 4,800. Emanuel’s bull case, meanwhile, would involve the S&P hitting 4,800 after “a clear break lower in the price of unleaded gasoline, the most important inflation barometer in the mind of the stressed U.S. consumer, catalyzed by geopolitical easing.”

“The Fed with a tightening narrative, in five months far more aggressive than 2015-18 or 2004-06, tightening financial conditions before the actual tightening even starts,” Emanuel explained. “Investors pile on (then begin unwinding) record margin debt just as their favorite holdings start underperforming in a multi-year shift from growth to value. All before Russia invaded Ukraine and China’s Covid lockdowns intensified, sending commodity prices to records, snarling global supply chains, elevating the risk of a global slowdown and causing a rethink of the post-Cold War equity valuation regime.”

Emanuel isn’t alone in a more cautious view on stocks.

RBC Capital Markets Head of U.S. Equity Strategy Lori Calvasina cut her S&P 500 target this week to 4,700 from 4,860, though she stopped short of calling a recession.

“We are continuing to bake in a slower economic growth backdrop in 2022-2023 but not a recession,” Calvasina stated. 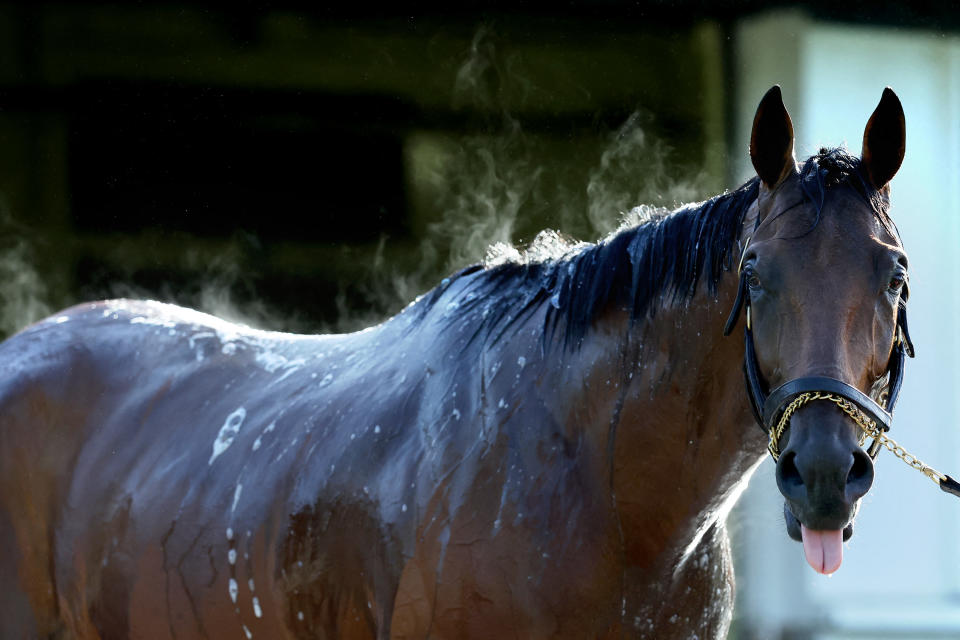 Steam rises from Skippylongstocking during a bath after working out on the main track at Belmont Park on Jun 7, 2022. (Brad Penner-USA TODAY Sports)

All that said, despite the threat of an inflation-induced recession, Wall Street strategists have been measured in sounding the alarm bell on what that would mean to the broader stock market.