By summer end, Mr. Market could be back to taking souls.

But a few more weeks, one top Wall Street strategist argues, conditions are in place for July’s rally to be extended,

“We had expected ‘face-ripping’ rallies followed by ‘soul-crushing’ sell-offs,” Wells Fargo Head of Equity Strategy Chris Harvey wrote in a recent note to clients. “Those sell-offs may be delayed until late summer. With the 10-year U.S. Treasury now an unexpected 2.81% (we hear of massive short covering), and 1- year breakevens approaching 2.30%, it appears that the near-term equity floor has been raised. We do not recommend chasing risk, but opportunistically adding secular growth stories at a reasonable price.”

Investors have breathed a sigh of relief up to this point in July as worst-case scenarios for the economy and many companies have failed to materialize.

The Nasdaq Composite and S&P 500 are up 5% and 3.7%, respectively, so far this month while the Dow Jones Industrial Average has tacked on 3.3%.

Meanwhile, decent earnings reports this week from UPS, Coca-Cola, and McDonald’s have stalled concerns on a deep impending recession.

But ultimately, the bullish setting in July may prove fleeting. 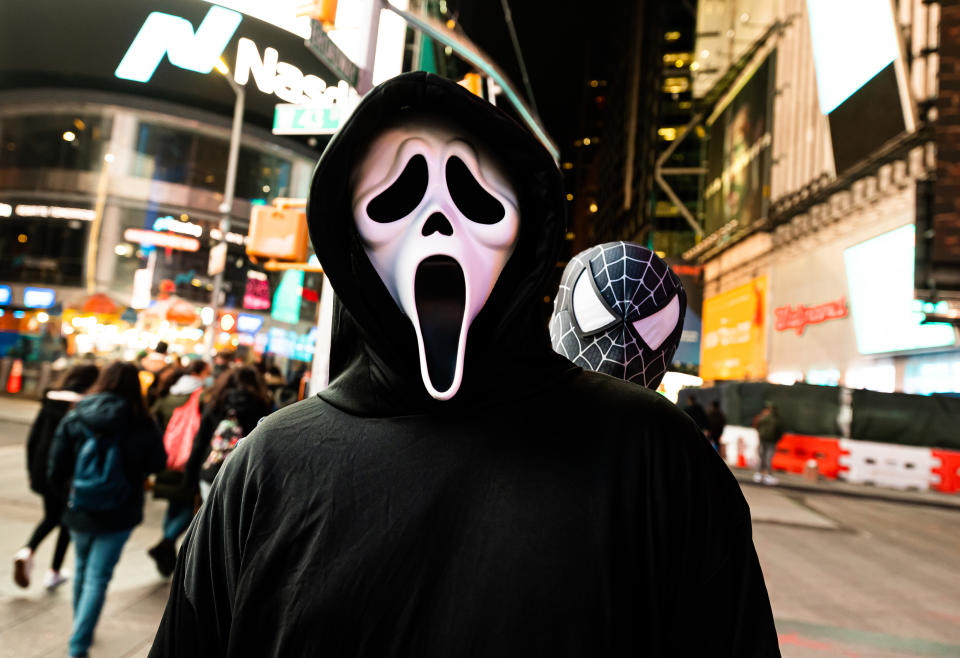 A person wears a Ghostface costume from the movie ‘Scream’ in Times Square on October 31, 2020 in New York City. (Photo by Noam Galai/Getty Images)

Expanding on his note, Harvey told Yahoo Finance that markets will be forced to once again turn their attention to the ongoing economic slowdown and the Fed’s fight against inflation.

It’s a slowdown being captured in everything from Tuesday’s weak read on consumer confidence to a startling profit warning from giant retailer Walmart.

“We are of the opinion that we are going to go into a recession,” Harvey said. “It’s going to be a consumer-driven recession, but it’s going to take a while. Part of that is because we are seeing the negative wealth effect. Stock prices are down, the housing market is not as strong as it used to be, and people are beginning to be stretched … We think the bottom on the S&P 500 is 3,700. Maybe we get close to retesting the lows.”

The S&P 500 is currently trading at 3,921. So if Harvey is right, there may be more souls for that market to crush.