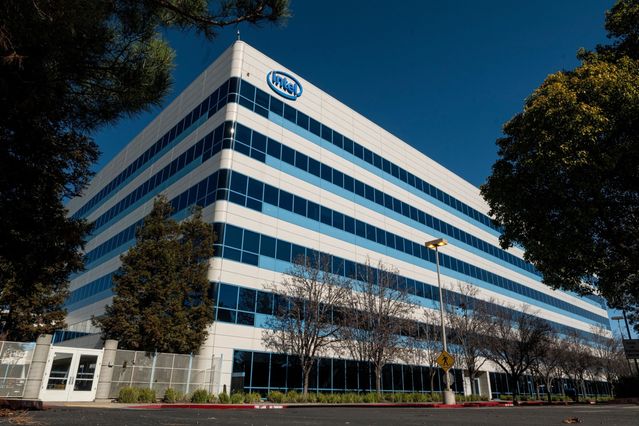 Intel stock on Friday capped off its best week in more than a year. The stock’s surge helped shares break above the $50 mark, and also propelled the company out of an exclusive club of S&P 500 firms.

Since the market’s pandemic low on March 23, 2020, the vast majority of S&P 500 constituents sports big gains. In fact, more than half the component stocks of the S&P 500 have doubled since that date; the mean price change for shares in the index is 133.3%.

As of Wednesday’s close, Intel stock was down 2.6% from its March 23, 2020 close. But after a nearly 7% gain on Thursday, it was back up 4.1% since the pandemic lows. The company’s shares have struggled, but that’s not for lack of trying. CEO Pat Gelsinger has made tough calls such as cutting back on returning capital to shareholders, and allocating more for growth initiatives and domestic manufacturing for a long-term comeback.

With the two-year anniversary of the pandemic lows landing earlier this week, Barron’s screened for the biggest laggards in the S&P 500 index in the time since March 20, 2020. With Intel turning positive on Thursday, it left eight stocks behind in the red.

Viatris (VTRS) stock is the biggest laggard with a 30% drop since March 23, 2020, through Thursday’s close—with a bit of an asterisk. Viatris wasn’t even a public company at that time, at least in its current form. The firm was named Mylan and traded under the ticker “MYL” at the start of the pandemic. It wasn’t until November 2020 when Mylan merged with Pfizer ’s Upjohn business that the current company began to trade under the Viatris name.

Clorox (CLX) was among the first stocks traders pounced on as the initial wave of cleaning-supply hoarding began. Shares surged north of $200 in 2020 but such gains have been erased. The stock is down 21% since the market’s pandemic lows, and down 28% in the past year.

Next are two biotechs. Biogen (BIIB) shares have tumbled amid struggles with its controversial Alzheimer’s disease therapy Aduhelm.  Gilead Sciences (GILD) shares jumped in 2020 amid optimism for its Covid-19 treatment remdesivir. Now, investors are far more focused on trial updates for its breast cancer drug Trodelvy.

Shares of Citrix Systems (CTXS) have fallen 17% since the market’s 2020 lows. Shares have fallen 26% in the past year as investors soured on software stocks. In January, the firm confirmed it would be purchased for $16.5 billion, including debt, by Elliott Management and Vista Equity Partners.

AT&T (T) is next on the list. The company has struggled to sell Wall Street on its plan to spin off its stake in WarnerMedia to shareholders and cut its dividend. Shares are down 12.8% since their pandemic lows—though they’re the only company on this screen that’s actually in the black including dividends.

Unlike most of the list, Las Vegas Sands (LVS) stock was far from an early-pandemic beneficiary. But shares haven’t recovered. Last year, the firm announced plans to sell its Las Vegas real estate to shift its focus to Asia. That plan is still a work in progress, though leadership is upbeat.

Rounding out the list of firms in the red is Fidelity National Information Services (FIS). Barron’s reported last month that the firm opted to pull a sale of its capital-markets business. The firm provides software for banks and asset managers.

Write to Connor Smith at connor.smith@barrons.com