Hey everyone, and welcome back to Chain Reaction.

Last week, we discussed $4.5 billion in new crypto funds from a16z. This week, we’re talking about the arrest that has everyone in the NFT space sweating bullets.

If you want to get this in you inbox every Thursday afternoon, you can subscribe on TechCrunch’s newsletter page. 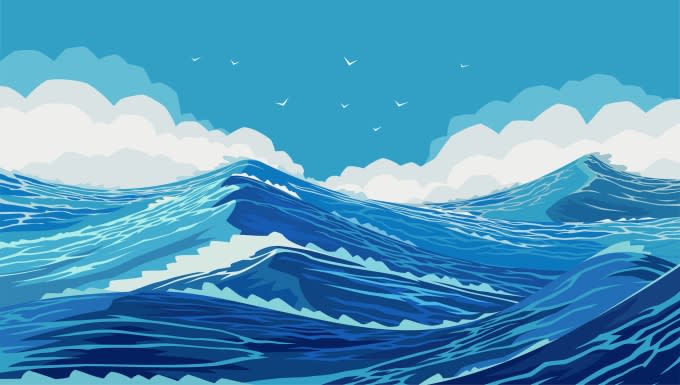 crimes of the future

The crypto space has been moving so quickly over the past couple years that builders have generally seemed to believe existing rules didn’t apply to them. Well, after years of snails’ pace legal action, it seems U.S. prosecutors are starting to feel it’s time to challenge that perception.

This week, the U.S. Attorney’s Office in the Southern District of New York arrested and filed charges against a former OpenSea executive who used his position to front-run NFT projects that were going to be listed on the home page of the marketplace. Members of the community discovered his actions by tracking his activity on public blockchains.

I would’ve loved to rant on this during the podcast, but news broke while we were recording, so I’ll leave you with some thoughts here.

The arrest was pretty much a massive shock to people in the NFT space who generally believed that Nate Chastain had acted unethically but that it couldn’t be “insider trading” because NFTs weren’t securities. This is a framing that was held by many, including Chastain’s boss at OpenSea who fired him.

“I do think there was a misframing of it as insider trading. We don’t view NFTs as financial assets, so that does not apply. That’s a very specific term for a very specific thing,” OpenSea Devin Finzer told Decrypt in September.

There are an awful lot of people taking a very close reading of the SDNY press release, which states it specifically charged Chastain “with wire fraud and money laundering in connection with a scheme to commit insider trading in Non-Fungible Tokens.” They notably describe NFTs as “digital assets” later in the release. Also, it’s worth reiterating that this is the DOJ — not the SEC — charging him, though it is the Office’s Securities and Commodities Fraud Task Force handling this case.

Now, why don’t crypto people want NFTs to be classified as securities? Well, there’s a lot of existing regulatory guidance there, and most feel it would basically upend the industry if NFTs were unilaterally subjected to securities law; it would certainly raise the barrier of entry for creation of NFTs and curtail a lot of the experimentation happening in the space right now.

Another big reason that it would be bad if NFTs are treated as securities is that it would mean an awful lot of people have been doing illegal things for an awfully long time.

The NFT space made it through this latest crypto bull run without any meaningful regulation coming down on it. As NFT volumes start to show signs of slowing, there’s a fear that more regulation could be just around the corner.

What’s up, it’s Anita here to give you a preview of the latest episode of our Chain Reaction podcast, where we unpack the latest web3 news, block-by-block for the crypto-curious.

This week, we talked about Coinbase’s new approach to what can be one of the most anxiety-inducing aspects of corporate life — the performance review. Our colleague, Amanda, wrote about how the crypto exchange is trying to emulate Ray Dalio’s hedge fund, Bridgewater Associates, by letting employees give each other real-time feedback and ratings. Is this part of tech’s descent into a Black Mirror-style reality? Tune in to hear our thoughts.

We also recapped two recent crypto comeback stories, one from the OnlyFans founder and CEO who left the company after trying to ban sexually explicit content from the platform and another from the architect of the highly unstable stablecoin, Terra.

Our guest this week was Outdoor Voices founder Ty Haney, who shared details about her pivot from athleisure to crypto with her new venture, Try Your Best. Haney broke the news on our podcast that the startup just landed its second round of institutional funding.

Subscribe to Chain Reaction on Apple, Spotify or your alternative podcast platform of choice to keep up with us every week.

Where startup money is moving in the crypto world:

the week in web3

It was an uncharacteristically quiet week in web3, and our team members in the U.S. took some time to enjoy the rare, uneventful long weekend. Still, some big personalities made waves in the space, for better and for worse.

Here’s some of this week’s crypto analysis you can read on our subscription service TC+ (written by TC’s Jacquelyn Melinek):

VC funding for crypto projects fell in May, but many investors remain bullish
VC funding in crypto has fallen month-over-month from April to May, but many investors are not concerned. “For investors like us, it’s time to buy,” Stan Miroshnik, partner and co-founder of 10T Holdings, told TechCrunch. The pace of capital deployment might be more measured as investors and founders alike become more calculated, but VCs will still continue to have a robust amount of activity, Miroshnik said. Even though there might be a gloomy sentiment in digital asset markets, true crypto-native funds will continue to invest heavily, Saurabh Sharma, head of investments at Jump Crypto, said to TechCrunch.

As crypto becomes more mainstream, can it stay decentralized?
Whether it’s first-time buyers of cryptocurrency or people learning more about NFTs, Bitcoin and the general crypto ecosystem, there has been an uptick globally in awareness of crypto. But as it gains momentum, regulators worldwide will continue to monitor the space more closely, but the headline speaks for itself: what does this mean for the future of crypto? A number of founders and executives in the industry weighed in with their thoughts.

Longtime Bitcoiner Dan Held says this ‘crypto winter’ won’t be as harsh as others
As the cryptomarkets remain bearish, some longtime market participants, like Dan Held, director of growth marketing at crypto exchange Kraken, aren’t worried. Even though there is lots of talk of a crypto winter circulating through the community, Held said the sentiment for this current market cycle is different. While he — and many others — persisted through major market cycles over the years, the narratives have shifted a lot, thanks to more prominent institutional players and massive amounts of capital entering the space.

Thanks for reading! To get this in your inbox every week, subscribe on TechCrunch’s newsletter page.