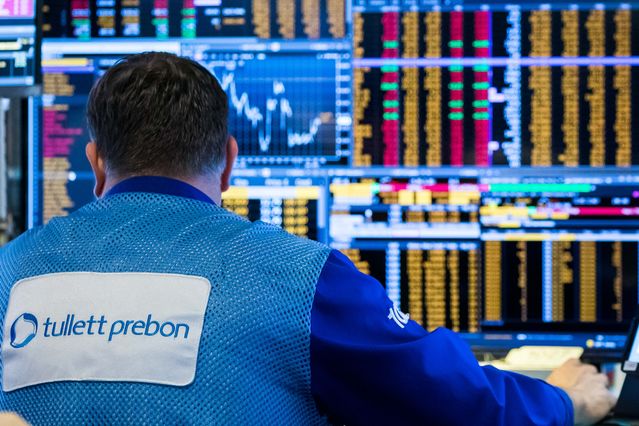 The S&P 500 just got a new lower price target. But that doesn’t mean investors need to panic—at least not right away.

The lowered forecast doesn’t necessarily mean the stock market outlook is worsening, however. One key driver of RBC’s lowered forecast is that consensus for real gross domestic growth in 2022 is down to below 3%, from almost 4% near the start of this year. Real GDP is total output adjusted for inflation, so when the pace of real GDP growth declines, it means there’s more inflation and less total output. Economists expect price increases in the economy to dent overall demand this year and beyond.

That’s just one part of RBC’s model, which encapsulates many economic and market factors. Another important factor is valuations, which RBC says could drop from here. Looking at steep sell-offs in 1994, 2001, 2018, and 2020, the forward price-to-earnings multiple on the S&P 500 fell by 17.5% at the median. Using that drop in the multiple for the 2022 sell-off would lower the index’s multiple to 17 times from a little under 17.3 times currently.

Overall, the strategists use a fairly unusual model to forecast the index. Their real GDP indicator implies a certain annual gain for the index—given historical trends—while their valuation indicator suggests a different annual gain. The bank uses other indicators, too, like ones seen in the bond market. So RBC takes the average S&P 500 annual gain from all of its indictors to arrive at its price target.

But none of this necessarily means people should become any less confident in the stock market. First off, RBC is simply adjusting its market expectation lower, given the recently worsened economic and market environment. But stock prices have already begun to reflect those changes. The index has already slumped 14% this year. Meanwhile, its earnings multiple has dropped because confidence in earnings growth has waned, as inflation and interest rates have gone up.

Assuming certain factors remain largely unchanged, the stock market would rise from its current level. Most importantly, keeping the index’s current multiple in place would bring the index to 4346 by the end of the year, for an 8% gain from the current level (though still a drop pf 16% for the full calendar year.)

Every weekday evening we highlight the consequential market news of the day and explain what’s likely to matter tomorrow.

That gain in full, though, seems unlikely. For one, analyst’s profit forecasts likely need to come down from here. Economic growth projections are lower and the Fed is trying to reduce demand by lifting interest rates. Meanwhile, the aggregate 2022 earnings-per-share estimate has risen 3% for the year so far to $228, meaning projections have nowhere to go but down. The S&P 500’s aggregate expected earnings per share for 2023, meanwhile, is $249.79, according to FactSet.

Plus, the multiple placed on the next year of earnings, at 17.3, could easily drop from here, as RBC points out. That’s because the 10-year Treasury yield has soared this year to around 3%, a level last seen in 2018. Higher long-dated bond yields make future profits less valuable. An earnings multiple on the S&P consistent with yields where they are now often starts with a “16 handle,” historically.

With so many moving parts, investors have plenty of things to keep an eye on. For now, the factors to monitor are analysts’ revisions to earnings and where valuations should land.

Write to Jacob Sonenshine at jacob.sonenshine@barrons.com