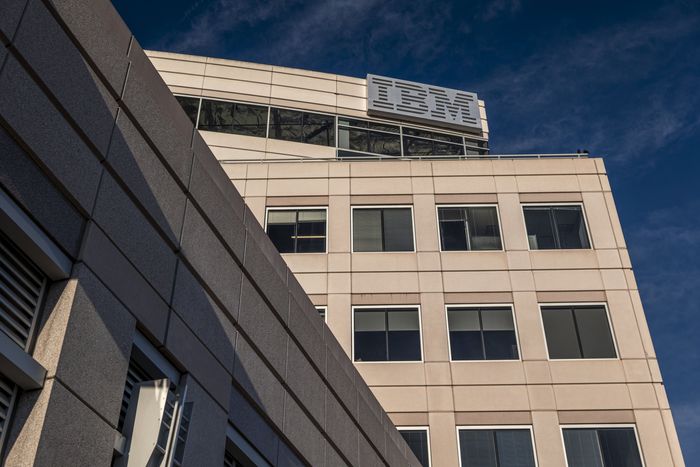 IBM has restructured to focus on software and services tied to hybrid cloud computing and artificial intelligence. David Paul Morris/Bloomberg

IBM kicks off the tech earnings season when it reports June quarter results after the close of trading on Monday. Investors will be looking for confirmation of the company’s recent turnaround and any signs that it is feeling the effects of macroeconomic headwinds.

IBM continues to see positive results from its recent restructuring, which has focused the company on software and services tied to artificial intelligence and hybrid cloud computing. The company is also at the start of a new product cycle for its mainframe hardware business, which should help support growth for the next few quarters. In the March quarter, IBM had 12.3% growth from software—, 15.4% adjusted for foreign exchange—-and 13.3% growth in consulting revenue, or 17.4% adjusted for currency.

When IBM reported those results, management said it expected full-year revenue to hit the high end of the range it had targeted earlier, with mid-single-digit growth on a constant-currency basis. The company doesn’t provide guidance on a quarterly basis.

IBM projected currency would be a 3-to-4 point drag on reported results, which could turn out to be an underestimate, given that continued strengthening of the dollar.

Asked one quarter ago about how the company might be affected by slower global growth, CEO Arvind Krishna told Barron’s that he expects growth in global spending on IT to be 4 to 5 percentage points above GDP, leaving room for growth even in a widespread economic downturn. IBM has projected free cash flow of $10 billion to $10.5 billion for this year, predicting $35 billion over the three years through 2024.

Earlier this month, Morgan Stanley analyst Erik Woodring repeated a Buy rating on IBM shares, saying he expects June quarter revenue will be up 6% from a year earlier on a constant currency basis. Channel checks on the company’s software and consulting business remain “solid,” he said.

BofA Global Research analyst Wamsi Mohan on Thursday also repeated a Buy rating on IBM shares, while tweaking his price target to $163, from $165. His view is that the company is a relatively defensive bet, with more than 50% of revenue “annuitized” and tied to consulting and software. Another asset is a 4.8% dividend yield, one of the tech sector’s highest payouts.

IBM shares are up 4.7% this year, outperforming the S&P 500 by almost 24 percentage points. Mohan said he expects further outperformance as the company hits its revenue and cash flow targets, driven by management’s revamped strategy.

“We view IBM as a defensive investment given its high exposure to recurring sales, cost cutting levers, solid balance sheet, potential share gains, and relatively stable margins,” Mohan wrote. “We believe IBM will embark on further cost cutting, and enhance its services and software offerings through acquisitions. Longer term, we expect IBM to take share in IT spending with its cloud and AI initiatives.”