BlackRock (BLK) has downgraded its outlook for stocks amid increasing economic uncertainty and persistent inflation.

“Right now, we think the Fed has boxed itself in by responding to political pressures to rein in inflation,” strategists led by Jean Boivin said in a note published Monday. “Eventually, the damage to growth and jobs from fighting inflation will become obvious, in our view, and central banks will live with higher inflation.”

In similar commentary last month, BlackRock strategists argued the US central bank’s rate hiking campaign was poised to stall economic growth without necessarily solving inflation pressures. The firm argued high core inflation had been been driven by “unusually low production capacity in an incomplete restart following the pandemic” rather than overheating demand.

As a result of its downgraded view on equities, BlackRock also said traditional 60/40 stock-bond portfolios, and “buying the dip” — or reflexively purchasing stocks after a short-term decline — are no longer likely to be effective investment strategies. The firm indicated it has boosted its allocation to investment grade credit along with reducing its stake in equities.

“We see a new era of volatile inflation and growth sweeping aside a period of moderation,” the firm said in commentary Monday. “We downgrade equities and upgrade credit in this new regime.”

The downwardly revised outlook comes just over a week after stocks finished off their sharpest first-half year decline in more than five decades.

The first six months of the year saw the S&P 500 enter a bear market, and this downturn has prompted other big-name Wall Street institutions to trim their price target for the benchmark index. 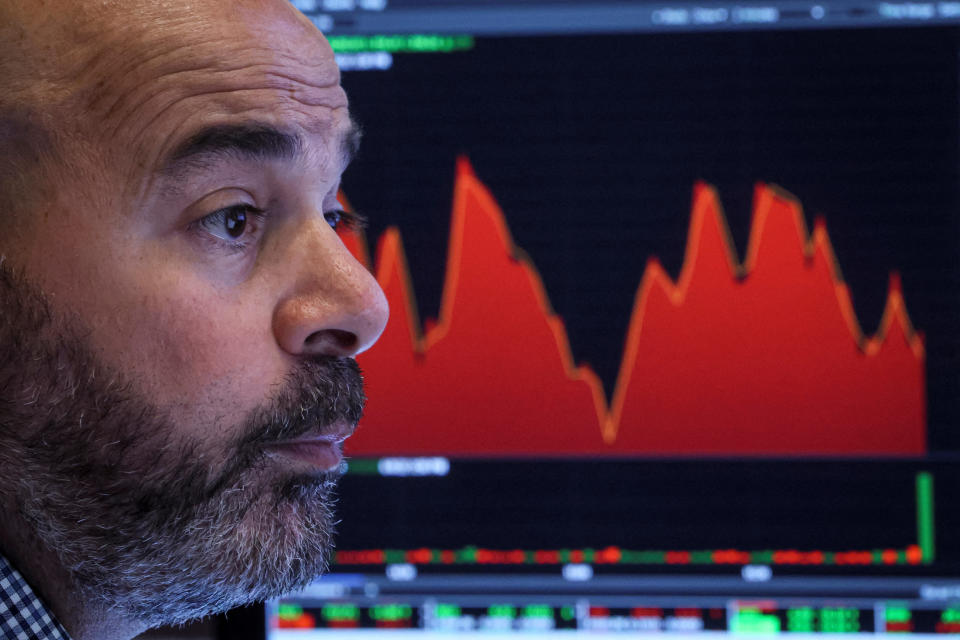 Among the firms cutting their outlook for stocks was Credit Suisse, whose chief US equity strategist Jonathan Golub slashed his year-end estimate for the S&P 500 by 600 points to 4,300 in a note to clients July 5. Although the new target implies a rally through the rest of 2022, the figure marks a sharp turnaround from a December 2021 research report in which the bank raised its target for the U.S. benchmark index to 5,200 from 5,000, citing “robust” economic growth. The S&P 500 capped Friday’s trading session at 3,899.

Even the most bullish strategist on the Street appears less optimistic.

Meanwhile, Citigroup (C) strategist Scott Chronert in a note to clients Monday said he sees the S&P 500 rallying about 8% from current levels to end the year at 4,200.

“We cut most developed market equities to a tactical underweight,” BlackRock said, attributing the downgrade to increased macro volatility as “central banks appear set on reining in inflation by crushing growth,” BlackRock said.

Still, the institution reiterated it prefers equities over bonds in the long run as yields rise and inflation trends higher.

“We think central banks will live with higher inflation, pause and then change course on their rate rises — a boon for stocks,” the strategists said.