The hot real estate market has made it nearly impossible for even a Federal Reserve governor to find a home.

Fed Governor Christopher Waller attributed eye-popping home prices to the convergence of a pandemic-driven spike in demand and low interest rates in a speech on Thursday, adding that the “crazy” real estate market has impeded his own search for a new home in Washington D.C.

But headaches for some homebuyers mean opportunities for savvy investors.

She offered three reasons for the favorable environment: an initial delay in recognition of the investment opportunity has given the market longevity; the consistent rise of rents nationwide; and the persistence of low interest rates.

“The return on investment is phenomenal, and has been in so many markets in so many cities throughout the U.S.,” she told Yahoo Finance Editor-in-Chief Andy Serwer on Feb. 17. “It’s probably the best market I’ve ever seen in my life.”

During the pandemic, the U.S. housing market boomed amid a surge in demand as COVID-19 shutdowns heightened the importance of people’s homes and buyers sought to take advantage of low mortgage rates.

A spike in home prices lagged behind COVID-19 shutdowns in the spring of 2020. By November of that year, however, housing prices had increased 9.5% compared to November 2019, according to the S&P CoreLogic Case-Shiller Home Price Index.

The longevity of the strong market owes in part to that initial delay in housing investment, Corcoran suggested.

“There was a shyness in the market — people were slow to respond to investment in real estate,” Corcoran says. “Now everybody’s jumping into it, but it kind of lagged behind all other kinds of investments. So you had a little rest period.”

Corcoran also cited the nationwide rise in rents as a driver of the hot housing market. In December, the average monthly listed rents in the U.S. increased 14.1% year-over-year to $1,877, which marked the largest annual increase since February 2019, according to Redfin.

“The rents have been going up nationally, and if you choose your properties carefully, like if you’re investing say in Orlando, rents are up almost 30% — crazy,” she says. “So picture what that does to the bottom line.” 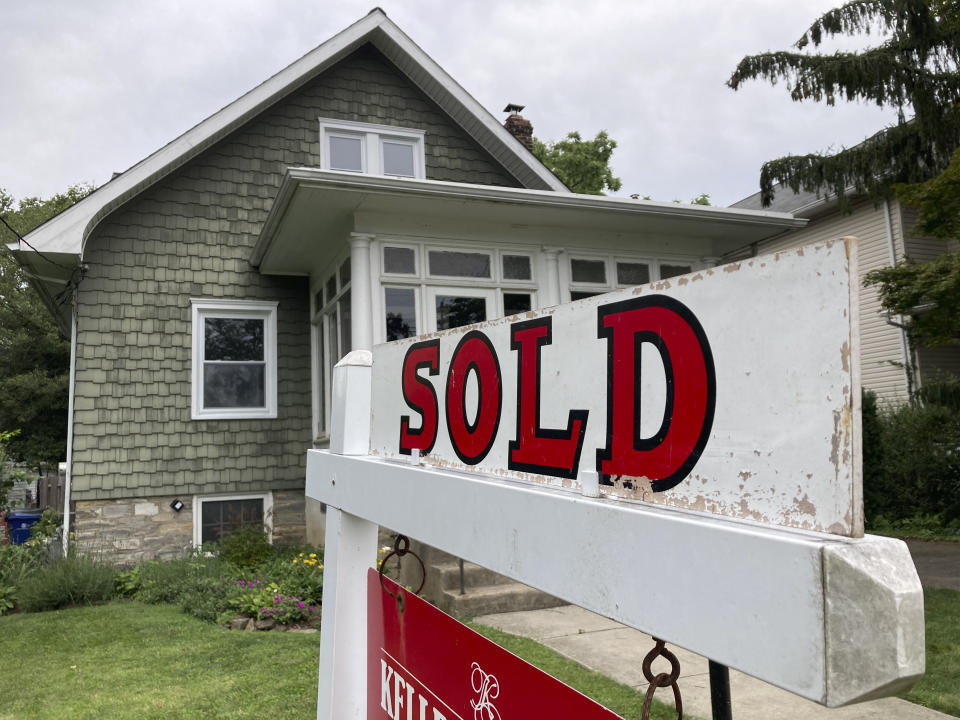 A “sold” is posted outside a single family home in a residential neighborhood, in Glenside, Pa., Wednesday, Aug. 4, 2021. (AP Photo/Matt Rourke)

When Corcoran describes the housing market as the best of her lifetime, she draws on decades of real estate experience. In 1973, at age 23, Corcoran used a $1,000 loan to launch a real estate firm called the Corcoran Group, which employed seven real estate agents who sold property on the Upper West Side in New York City.

Over the ensuing years, the firm built an international presence and a reputation for luxury real estate. Corcoran sold the business in 2001 for $66 million.

Low interest rates account for the final reason why Corcoran remains bullish on the housing market. Though Corcoran spoke to Yahoo Finance in mid-February, before rates on the most popular home loan (the 30-year fixed mortgage) surpassed 4% — the highest level since April 2019.

“Very importantly — which we all take for granted like our right to breathe — money is so cheap,” Corcoran says. “So you can leverage really high.”

Corcoran offered up simple advice: Get into this housing market as quickly as you can.

“I’ve never seen it more tantalizing and with more promise,” she says.