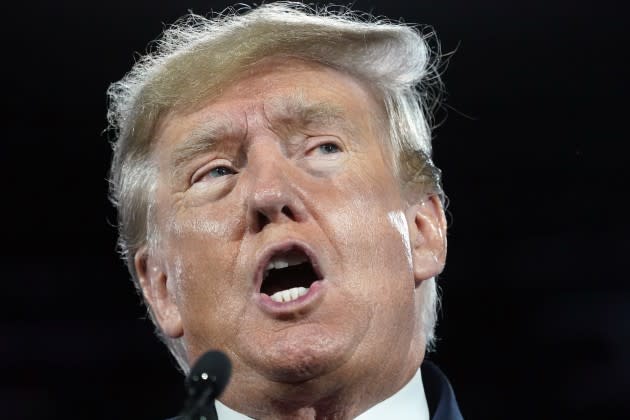 Donald Trump’s media and technology venture is part of a new federal grand jury investigation, which is seeking information about the financial dealings of the shell company Trump Media & Technology Group intends to merge with, according to a new regulatory filing.

On Monday, DWAC said in an SEC filing that the company “became aware that a federal grand jury sitting in the Southern District of New York has issued subpoenas to each member of Digital World’s board of directors.” In addition, on June 24, Digital World itself received a grand jury subpoena with “substantially similar requests.”

DWAC has previously disclosed that its deal to merge with Trump’s social media company is the target of an SEC investigation, and the Justice Department’s grand jury probe is seeking similar information.

The newly disclosed federal grand jury subpoenas “seek certain of the same documents demanded in the above-referenced SEC subpoenas, along with requests relating to Digital World’s S-1 filings, communications with or about multiple individuals, and information regarding Rocket One Capital,” a Miami-based investment firm.

In a separate statement Monday, Trump Media & Technology Group said the company is cooperating with the government investigations.

“TMTG is focused on reclaiming the American people’s right to free expression. Every day, our team works tirelessly to sustain Truth Social’s rapid growth, onboard new users, and add new features. We encourage — and will cooperate with — oversight that supports the SEC’s important mission of protecting retail investors.”

Also Monday, DWAC disclosed that Bruce Garelick, identified as chief strategy officer at Rocket One Capital, has left the company’s board of directors; it didn’t provide an explanation for his departure.

Trump formed TMTG last year, after the ex-president was banned from Twitter and other mainstream internet platforms after the deadly Jan. 6, 2021, riot. The companies cited the risk of Trump inciting ongoing violence after he posted a video praising the violent mob seeking to overturn the 2020 election. Earlier this year, Trump launched Truth Social, which reportedly has banned users for posting about the Jan. 6 congressional hearings.

As of March 31, 2022, Trump Media & Technology Group had not generated any revenue and has warned investors that “TMTG may never generate any operating revenues or ever achieve profitable operations.” TMTG also plans to launch a subscription-streaming service called TMTG+ with a range of right-wing and “non-woke” content, including “Trump-specific programming” as well as “blue-collar comedy” and “cancelled shows.”