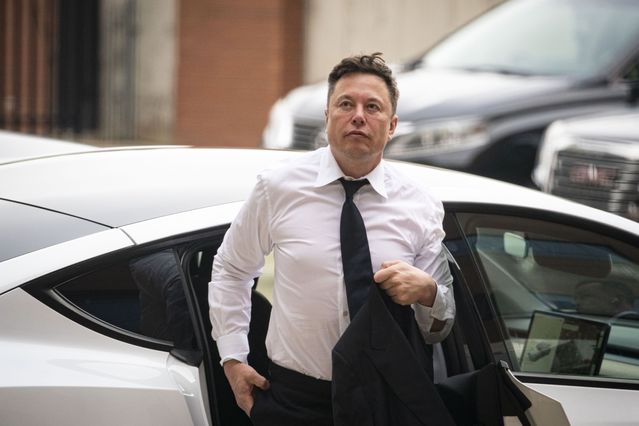 A court could compel Tesla chief executive Elon Musk to purchase Twitter, but could it compel him to operate it in the best interest of shareholders? Al Drago/Bloomberg

About the author: Carliss Chatman is associate professor at Washington and Lee University School of Law.

When Elon Musk decided to terminate his $44 billion deal to purchase Twitter , the social-media company sued in the Delaware Court of Chancery. Twitter is suing for “specific performance,” a rare remedy that would require Musk to complete the merger. Unfortunately for Twitter, it isn’t Elon Musk Inc. but Elon Musk the individual who offered to buy the company. This fact alone can block compulsion. The legal rationale lies in the country’s 19th-century prohibition of slavery.

Twitter’s suit seeks to enjoin Musk from what it alleges would be further breaches of their contractual relationship, to compel Musk to fulfill his legal obligations, and to compel consummation of the merger. While there is precedence in Delaware for specific performance, the Musk-Twitter deal is unique. To date, Delaware has compelled only one corporation to purchase another. The Court of Chancery has never compelled a natural person to go through with a deal. Although corporations are legal persons with equal rights for many purposes, there are some rights that apply only to natural persons. The 13th Amendment prohibition against involuntary servitude, an underpinning of the rareness of the remedy of specific performance, is one of those rights.

There are also practical reasons beyond the Constitution for the rare nature of specific performance as a remedy and the disdain courts have for compelling people to act. Human nature would lead a person compelled to perform a service to do a substandard job. It simply is more practical and judicially efficient to award money damages so that the party may find a substitution. In other words, the court could compel Elon Musk to purchase Twitter, but it would be challenging to compel him to operate the company in the best interest of shareholders and other stakeholders.

Tyson Foods ’ 2001 acquisition of meat packer IBP provides the precedent for specific performance as a remedy for a merger in Delaware. Tyson won a bidding war for IBP but later attempted to withdraw its $3.2 billion offer. The Delaware Court of Chancery found that the combination of contract terms and the difficulty in determining monetary damages made specific performance the preferred remedy. Then, Vice Chancellor Leo Strine found that Tyson breached the contract, and that there were no material adverse changes to IBP—Tyson simply had buyer’s remorse. “Material adverse effect,” Strine clarified, is intended to protect the acquirer from unknown events that substantially threaten the overall earnings potential of the target in a durationally significant manner; short term declines in earnings are not sufficient.

Tyson accused IBP of misleading it about earnings and accounting problems, and of failing to disclose information to the Securities and Exchange Commission. Similarly, Musk has accused Twitter of keeping crucial information about the existence of bots from him by failing to include the information in mandatory periodic reports to the SEC. Strine concluded that Tyson was not misled. Valuation changes reflected changes in the market and increased supply-chain costs. Musk’s accusations may face a similar determination. Although Strine believed that specific performance was the best remedy, he stopped short of compelling it, questioning whether the management teams could work together, and whether forcing a merger would be best for shareholders and other stakeholders. “The impact of a forced merger on constituencies beyond the stockholders and top managers of IBP and Tyson weighs heavily on my mind,” Strine wrote in his opinion. On Sept. 28, 2001, IBP shareholders approved the purchase by Tyson.

Even in a merger like IBP-Tyson, the harm of forcing parties to enter contracts they no longer desire gave the judge pause. This was true in a case that lacked the personal nature of the Musk-Twitter transaction. Musk is involved in the negotiations as an individual with his full constitutional protections and without any incentive to protect the shareholders and stakeholders who would be involved were he a corporation.

There are additional questions. Is Musk’s offer to purchase Twitter so unique that a substitute transaction isn’t possible? Is the lack of a formal auction and bidding process enough to distinguish Twitter from IBP? Tyson faced competitors, measured its options, and made the highest bid because it believed the company to be a value-add to its business. Musk privately acquired stock, played the transaction out in the public eye, and mostly waived due diligence. Finally, there’s the question of whether monetary damages are inadequate.

Thus, while Twitter seeks to compel Musk to purchase the company, it is unlikely that a judge will grant such a remedy.

Guest commentaries like this one are written by authors outside the Barron’s and MarketWatch newsroom. They reflect the perspective and opinions of the authors. Submit commentary proposals and other feedback to ideas@barrons.com.