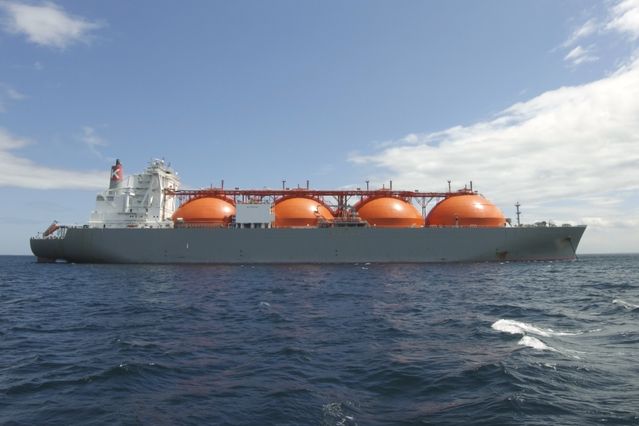 The U.S. and Europe have agreed to a deal in principle that would ensure a steady stream of U.S. liquefied natural gas is sent to Europe to help replace Russian gas. The deal still needs to be worked out by companies, but it reemphasizes the importance of U.S. gas in the global marketplace and should serve as a boost to domestic firms that produce and transport that gas.

That should help U.S. gas producers like Coterra Energy (ticker: CTRA), EQT (EQT), and Southwestern Energy (SWN), as well as companies like Cheniere Energy (LNG) and Energy Transfer (ET) that process and transport the gas. Those stocks were all up on Friday.

At the same time, the announcement from the White House sends mixed messages. That is largely because leaders in the European Union and the U.S. have complicated feelings about natural gas, which burns cleaner than coal but is still a fossil fuel that contributes to global warming.

To defund Russia’s war machine, Europe needs to reduce its dependence on Russian natural gas, which at its peak accounted for 40% of European demand. And yet, few European leaders want to lock in long-term contracts for natural gas when they are in the process of decarbonizing.

The U.S. administration leaves the plans and contracts up to the private businesses that trade in gas, and it gives no indication that it will ease regulations to make deals happen.

“The United States will maintain its regulatory environment with an emphasis on supporting this emergency energy security objective and the REPowerEU goals,” the release says.

The U.S. exports about 20% of the natural gas produced here, about half of it by pipeline and half by ship. The system to ship LNG is already operating at capacity, and there are no plans for major new plants to open until 2024. To finance an LNG plant, owners typically need 20-year financing commitments, meaning they need some visibility into the next two decades of demand.

Europe, meanwhile, is both ramping-up and ramping-down its gas demand. Immediately after pledging to send U.S. gas to Europe, the release says that Europe will quickly work on reducing demand for natural gas, which is now used primarily for heating and to produce electricity. Europe is also fast-tracking plans to switch to hydrogen for power production to reduce the amount of carbon produced.

Some commentators, including Nikos Tsafos, an energy expert at the Center for Strategic and International Studies, have said that an LNG deal should include either public financing or some mechanism to shift gas shipments to Asia after Europe winds down its gas imports.

If operators do find a way to finance new LNG plants, European demand for U.S. gas should be robust for the next few years. Europe expects to import 50 billion cubic meters –or bcm –of U.S. LNG each year until “at least 2030,” about double what the U.S. exported to Europe in 2021, according to Rystad Energy. (Russia supplied Europe with about 165 bcm in 2021.)

The numbers in the release are tricky, though, and clearly dependent on private companies making deals. The EU also clearly doesn’t want to have to pay a premium to get the gas, with the release stating “prices should reflect long-term market fundamentals and stability of supply and demand.”

The U.S. says that it will make sure an “additional” 15 bcm of gas heads to Europe this year, but it doesn’t say what the baseline for that is—whether it’s 15 bcm on top of the 25 bcm from last year, or whether it uses some other baseline. The U.S. has already shipped about 8 bcm to Europe through February, which means it’s already on track for a record year.

The White House did not respond to a request for comment, and an administration official who spoke to reporters on background did not have answers to where the 15 bcm would come from.

Those holes mean the plan is still largely an outline. But the document is a sign of confidence in U.S. gas, and could help inspire more investment in the industry.

While there may be “little short-term impact,” the deal “indicates U.S. intentions to supply more LNG to the EU this year and is likely to inject confidence in Europe gas supplies,” wrote Rystad Energy Vice President Sindre Knutsson.

Write to Avi Salzman at avi.salzman@barrons.com