Canoo  (GOEV) – Get Canoo Inc. Report, a young electric-vehicle manufacturer navigating serious financial stresses, got a lifeline just when it needed it.

The financial problems have clouded Canoo’s future, to the point where analysts were wondering whether the company would file to reorganize or would be bought by either a competitor or by a company that wanted to enter the huge-potential EV market.

Speculation and press reports, for example, point to a possible acquisition of the group by Apple  (AAPL) – Get Apple Inc. Report. On May 10, the Torrance, Calif., company had warned that it ran the risk of running out of money in coming months.

“Due to the timing of our announced funding, and the 2014 [Financial Accounting Standards Board] accounting rule, as of the date of this announcement, we are reporting that there is substantial doubt about the company’s ability to continue as a going concern,” Canoo told investors when it released its first-quarter earnings.

“Substantial doubt” is an expression that listed companies are required to place in their financial disclosures when they are not certain that they can meet their financial obligations within the next 12 months.

The electric-truck maker said it expected to report operating expenses (excluding stock-based compensation and depreciation) of $95 million to $115 million for Q2. Capital expenditures came in at $85 million to $105 million in the second quarter, the company estimated.

Canoo said it needed at least $180 million to fund its operations in the second quarter ended in June. The group said it had only $104.9 million of cash on hand.

… and Walmart to the Rescue

The stock market boost comes as Canoo is going to get some help from a major source.

The company said retail giant Walmart (WMT) – Get Walmart Inc. Report ordered 4,500 of its electric vans. The Bentonville, Ark., retail giant has an option for thousands more vans, as many as 10,000 units, according to Canoo.

Canoo’s electric vehicles will deliver online orders, from groceries to general merchandise, and have the potential to be used for Walmart GoLocal, the retailer’s delivery-as-a-service business, the firm said.

The EV maker is taking advantage of the competition between Walmart and Amazon (AMZN) – Get Amazon.com Inc. Report to win consumers’ hearts by delivering their groceries directly to their homes.

Among its panoply of e-commerce services, Walmart offers InHome, which delivers groceries directly to customers’ fridges and freezers. To build InHome’s prominence with consumers, Walmart needs to expand its fleet of electric vans. 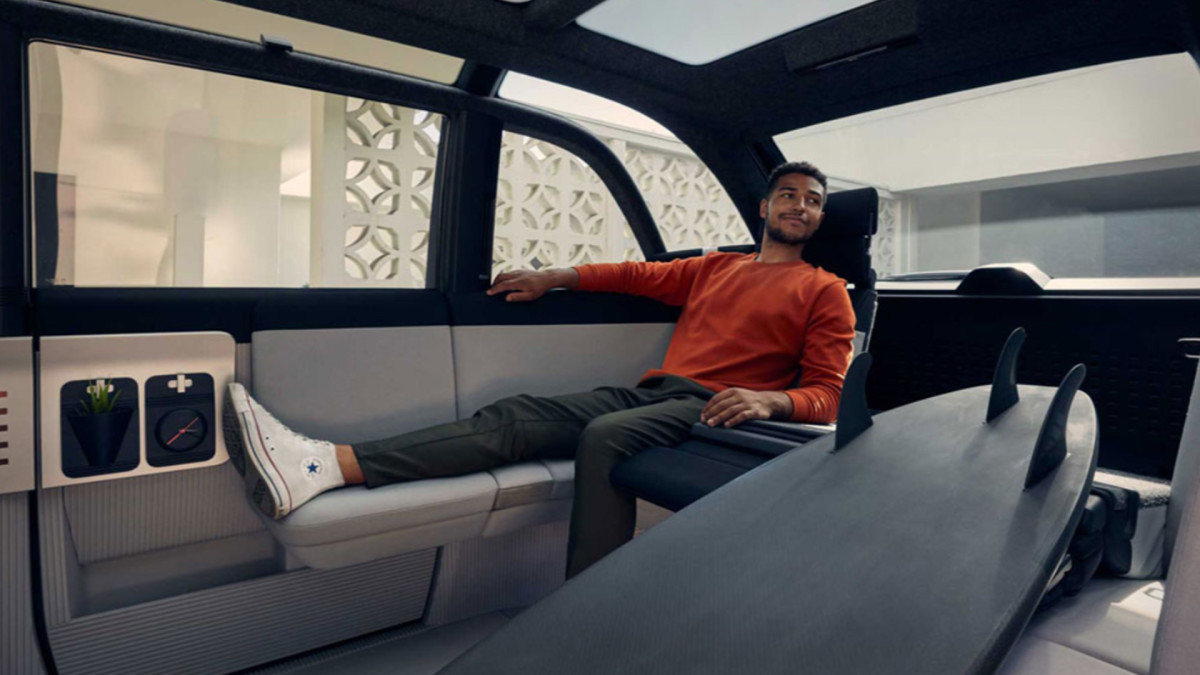 Walmart plans to expand InHome fivefold, to 30 million households from 6 million, by year’s end as the service is offered in major cities like Los Angeles and Chicago.

Canoo did not disclose the financial terms of the contract. It indicated that it would start manufacturing the vehicles at its Oklahoma plant and that the first deliveries were expected in 2023.

Founded in 2017, Canoo develops electric vehicles. One of its creations is the Lifestyle, an innovative minivan, the prototype of which was unveiled in 2019. Canoo’s most popular vehicle, its multifunctionality and sleek and futuristic design drew a lot of attention.

The vehicle will be available in four configurations: basic, premium, adventure and delivery. The Lifestyle Delivery Vehicle lacks the rear bench seat to free up space. It’ll thus be closer to a classic utility vehicle, with a more rectangular shape and without the panoramic windows.