Nvidia introduced a new version of its autonomous-driving platform at its GTC developers conference this week. Automotive is a small segment of the company’s business. But it’s getting a lot of attention from Nvidia founder and CEO Jensen Huang.

At the conference, Huang touted the company’s $11 billion vehicle-tech order pipeline over the next six years. But he says that’s only one slice of the potential market for autonomous-driving technologies and their importance to Nvidia (NVDA).

“Automotive will surely be our next multibillion-dollar business,” he said in an interview for Yahoo Finance Presents. “The $11 billion is going to be quite a significant business for us just in the car. But if you look at the totality of AV, I think this is going to be one of the largest AI industries in the world.” During GTC, Nvidia put the potential market for auto-related software, hardware and data-center services at $300 billion.

It has a long way to go. To put Nvidia’s current automotive-related sales in context, the company’s total revenue last fiscal year rose 61% to nearly $27 billion. Auto made up $566 million of that, or 2%.

Nvidia has signed contracts with automakers Lucid (LCID), BYD (BYDDY), Mercedes-Benz (MBG.DE) and Jaguar/Land Rover, for its driving systems, targeting shipping dates to those clients over the next several years.

Huang broke down the four functions or computers that will be needed to enable autonomous driving:

– “You need a computer that is doing the mapping for the fleet;”

– “Second thing is you need to train the AI, the training of the system;”

– “Third is, before you deploy the fleet into the road, you would like to have a digital twin of that fleet.” That is, a virtual version of the fleet would exist in the metaverse (or, in Nvidia’s case, what it calls Omniverse), and the cars would learn to drive in a virtual environment before being uploaded into a physical car.

– Omniverse also has a data center, the fourth computer in his calculation.

Investors and analysts were enthusiastic about Nvidia’s plans, not just for auto but for its Grace superchip and other new products. The stock rallied in anticipation of and following the GTC conference, for a total gain of nearly 30% since mid-March. (It still remains some 17% lower than its record close of $333.76 on Nov. 29). 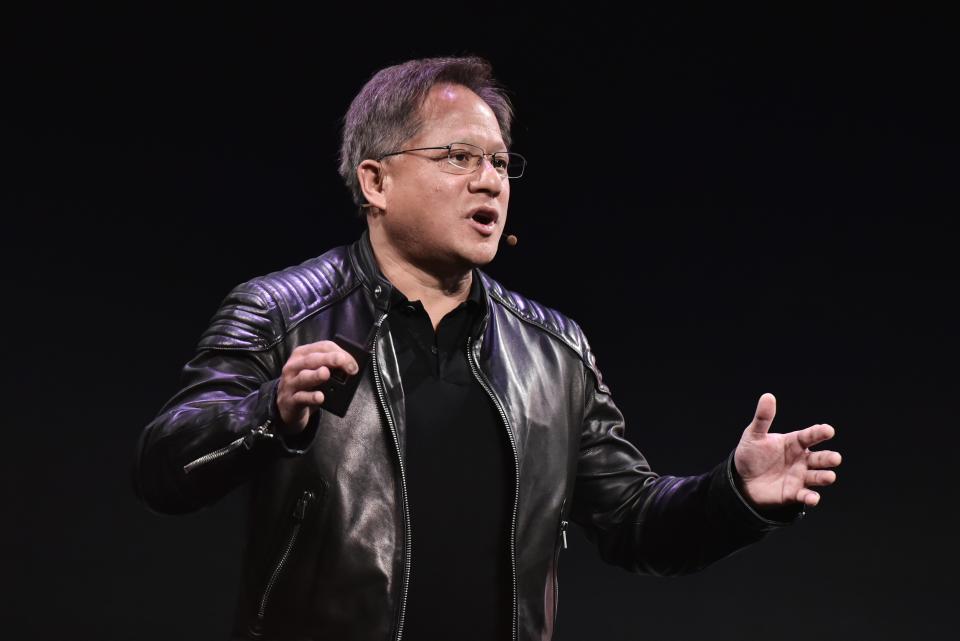 The optimism isn’t just about the driving technologies themselves, wrote Christopher Rolland of Susquehanna in a note to investors: “Automotive growth is driven by their entry into autonomous driving and supported by their dominance in high-end infotainment, an area we think could be as large and profitable as autonomous driving.”

Nvidia estimates the total addressable market across all of its business lines — including gaming, datacenter, software and auto — at $1 trillion. As analyst Stacy Rasgon of Bernstein wrote following the conference. “These numbers are of course fairly nebulous, but we don’t really care; rather, what is important is whether investors can have conviction that the long-term opportunity is large relative to the current run rate of the business. We believe this remains the case.”