The good ol’ 60/40 portfolio, designed to produce decent returns in all environments, is having one of its worst years ever. Going by the simplest possible construction — 60% in the S&P 500 SPX, -0.84%, 40% in a 10-year Treasury — the -15.3% performance is the third-worst showing since 1928, with only the Great Depression of 1931 and the subsequent 1937 crash producing worse results. And keep in mind, people were talking about 60/40 being dead even before this year, due to the paltry income generated on the fixed-income side. 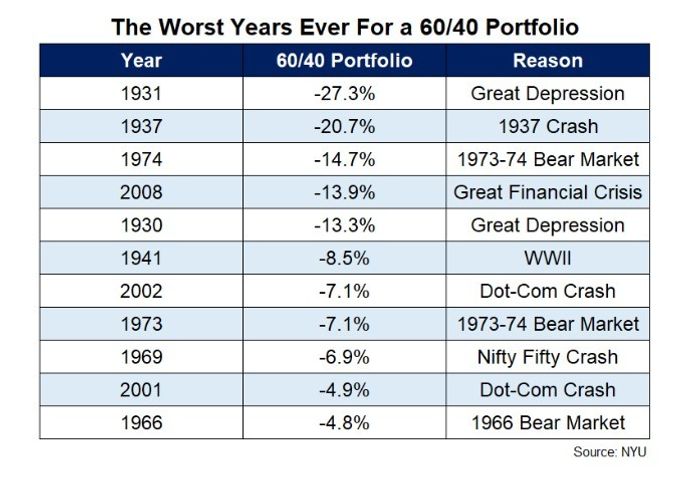 But suddenly, the 60/40 model has some life again. The Great Tumble or whatever we’re going to end up calling 2022 has put both stocks and bonds in a better starting position for future returns. 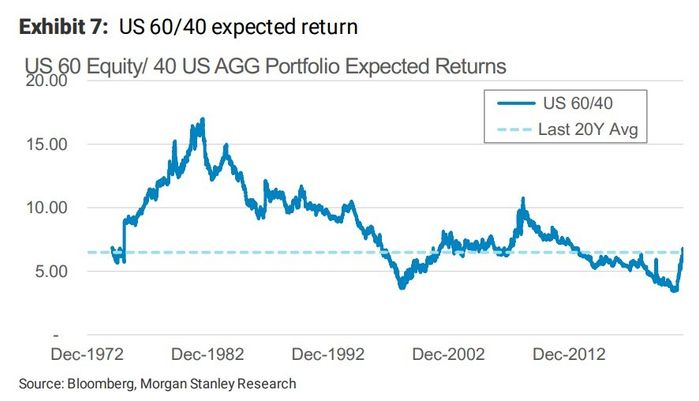 “As prices have declined, those expected returns have gone up,” says Andrew Sheets, chief cross-asset strategist at Morgan Stanley. “Over the next decade, they suggest a 60/40 portfolio could do better than recent experience.”

The chart makes that clear. U.S. investors in a 60/40 portfolio could be expected to see roughly the return of the last 20 years, of 6% or so. European investors are in better shape, with 60/40 expected to produce returns around 8%.

The Federal Reserve is likely to go with a 75 basis-point rate hike at its next meeting, a Wall Street Journal report said, in what analysts say likely seals the decision, barring some other dramatic event before the July 27 decision.

Bank of America BAC, +0.03% and Goldman Sachs GS, +2.51% wrapped up earnings season for the big banks, with BofA reporting a bottom line slightly below expectations but Goldman topping them. IBM IBM, -1.28% results are due after the close.

The National Association of Home Builders releases its housing market index shortly after the open.

The Farnborough International Air Show starts today, with the focus on Boeing BA, -0.01% securing orders for the troubled 737 Max aircraft. 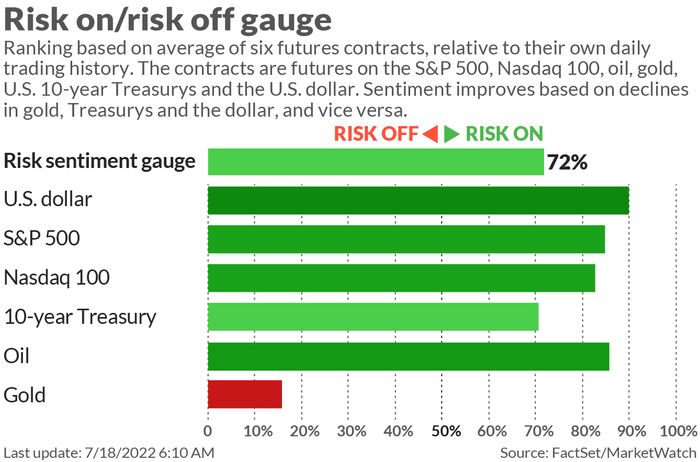 Here were the most active stock-market tickers as of 6 a.m. Eastern. 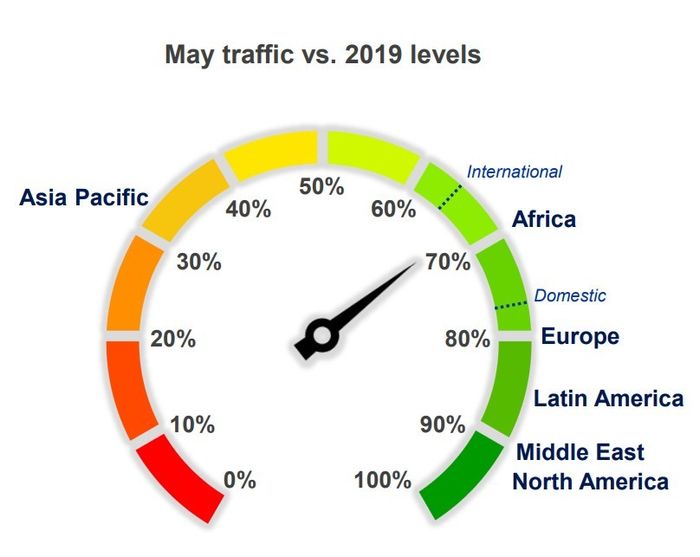 This chart, drawn from Boeing’s annual commercial market outlook report and based on data from the International Air Transport Association, shows the varying speed of the airline traffic recovery. Boeing reduced its outlook for the global aviation market over the next 20 years due to uncertainty on whether deliveries could resume to Russian carriers.

The judge overseeing Twitter’s TWTR, +1.78% lawsuit against Tesla CEO Elon Musk has a record of siding with sellers.

This $15 billion dispute over oil in Malaysia has its roots in colonial Britain.