The Federal Reserve will stop short of unleashing its inflation-fighting bazooka when it meets to decide the fate of interest rates later this month, economists at Goldman Sachs think.

“This softening of inflation expectations is one reason why we expect the FOMC will not accelerate the near-term hiking pace and will deliver a 75bp hike at the July FOMC meeting,” Goldman Sachs Chief Economist Jan Hatzius wrote in a note to clients.

Hatzius also pointed to declining gas prices as important inputs into the Fed not raising rates 100 basis points at its July 26-27 policy meeting. 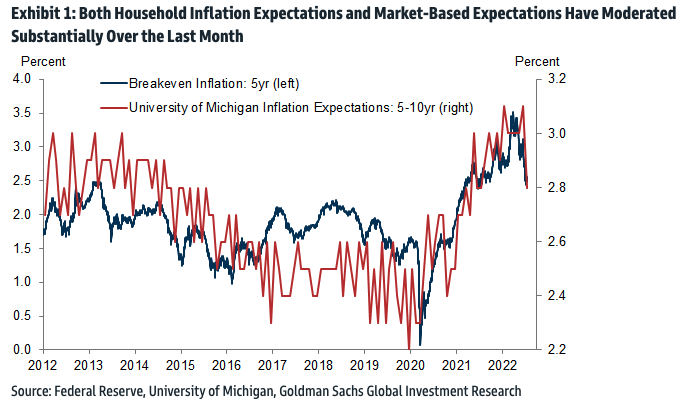 Is inflation starting to roll over? (Source: Goldman Sachs)

Soon after last week’s hot Consumer Price Index (CPI) read for June, the expectation for a 100 basis point hike from the Fed at its next meeting shot higher.

Eye-popping increases for goods were littered throughout the report. For instance, the index for butter and margarine skyrocketed 26.3%; dental services costs increased 1.9% in the month, the fastest pace since 1995; the food at home index rose 12.2%, the largest 12-month gain since April 1979.

A couple of Fed officials quickly tamped down talk of a 100 basis point rate increase in a few weeks, which had begun to pressure stock markets globally.

Atlanta Fed President Raphael Bostic, speaking at an event held by the Tampa Bay Business Journal, also reportedly pushed back on the need to lift rates by 100 basis points. 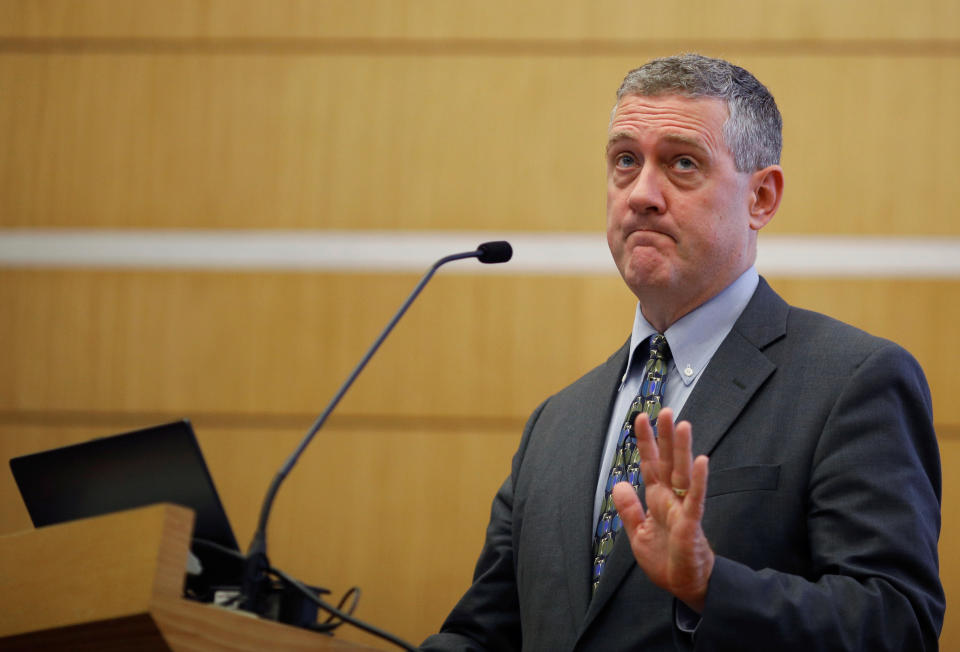 Market participants now expect a 29% chance of a 100 basis point rate hike at the Fed’s next meeting, down from more than 80% in the moments following the CPI Index release.

“I’m in the camp of 75 basis points,” KKR balance sheet CIO and head of global macro and asset allocation Henry McVey on Yahoo Finance Live (video above). “These are big increments — 100 basis points is a big number. They’re trying to get their interest rate to the neutral rate to kind of neither have too much inflation or too little. But growth is slowing as we’re doing that. So I probably would do another 75 basis points and then keep the option open for 50 basis points.”